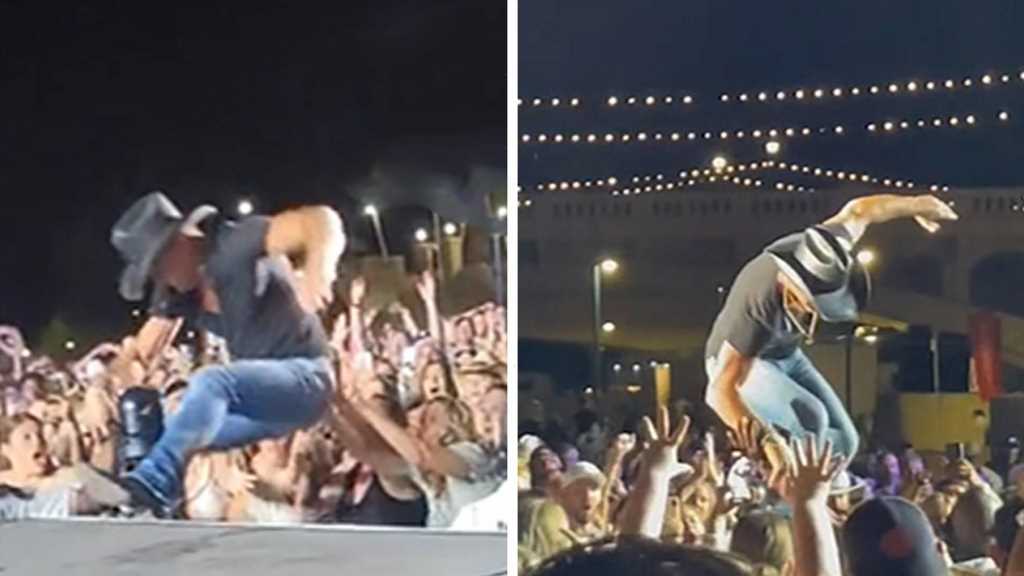 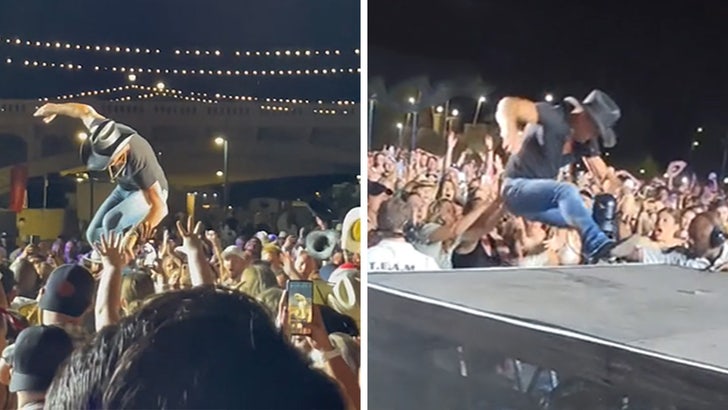 Tim McGraw can rest easy … if he’s in danger of busting his ass, his fans and security will be there for him — a fairly pain-free lesson he learned in the middle of his latest concert.

Tim was doing a show in Tempe, AZ when he walked to the end of the stage, kneeled down and turned his back to the crowd. The country superstar lost his balance as he went down to one knee, and suddenly … whoops!!! 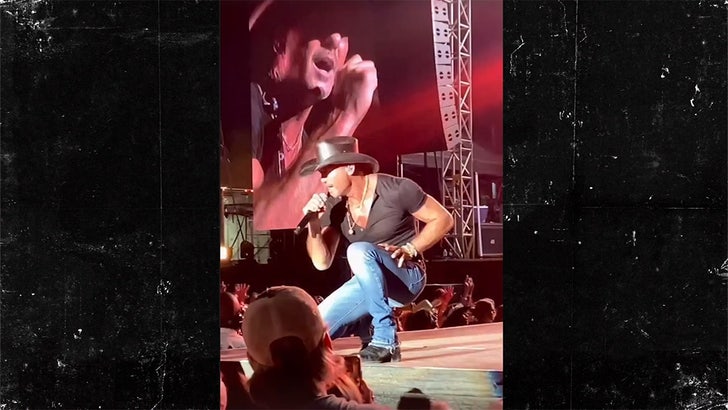 It looked to be about a 6-foot fall, at most, but amazingly Tim emerged totally unscathed — thanks to his security, a fan or 2 and his own athleticism. 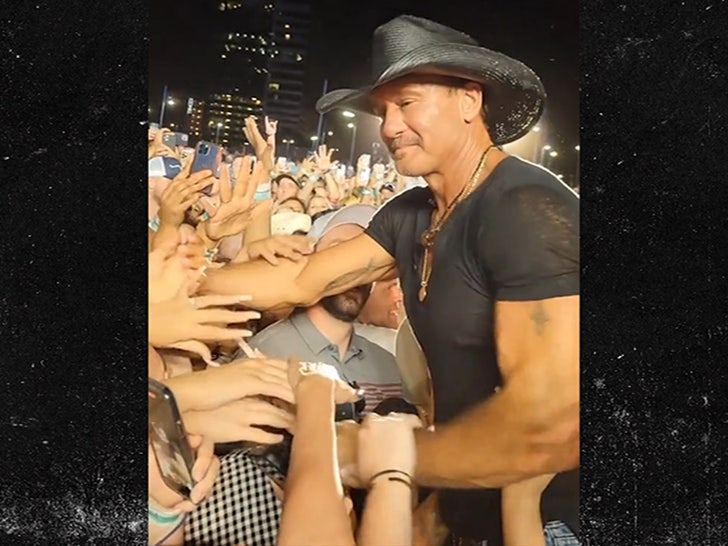 Never missing a beat … he turned the fall into an opportunity to greet some fans up close and personal.

As stage tumbles go … he got off way easier than Post Malone, who also fell this weekend, and ended up needing some medical treatment.

Tim would have to say this was a much smoother, friendlier fan interaction than the one he had with a handsy woman a few years back.