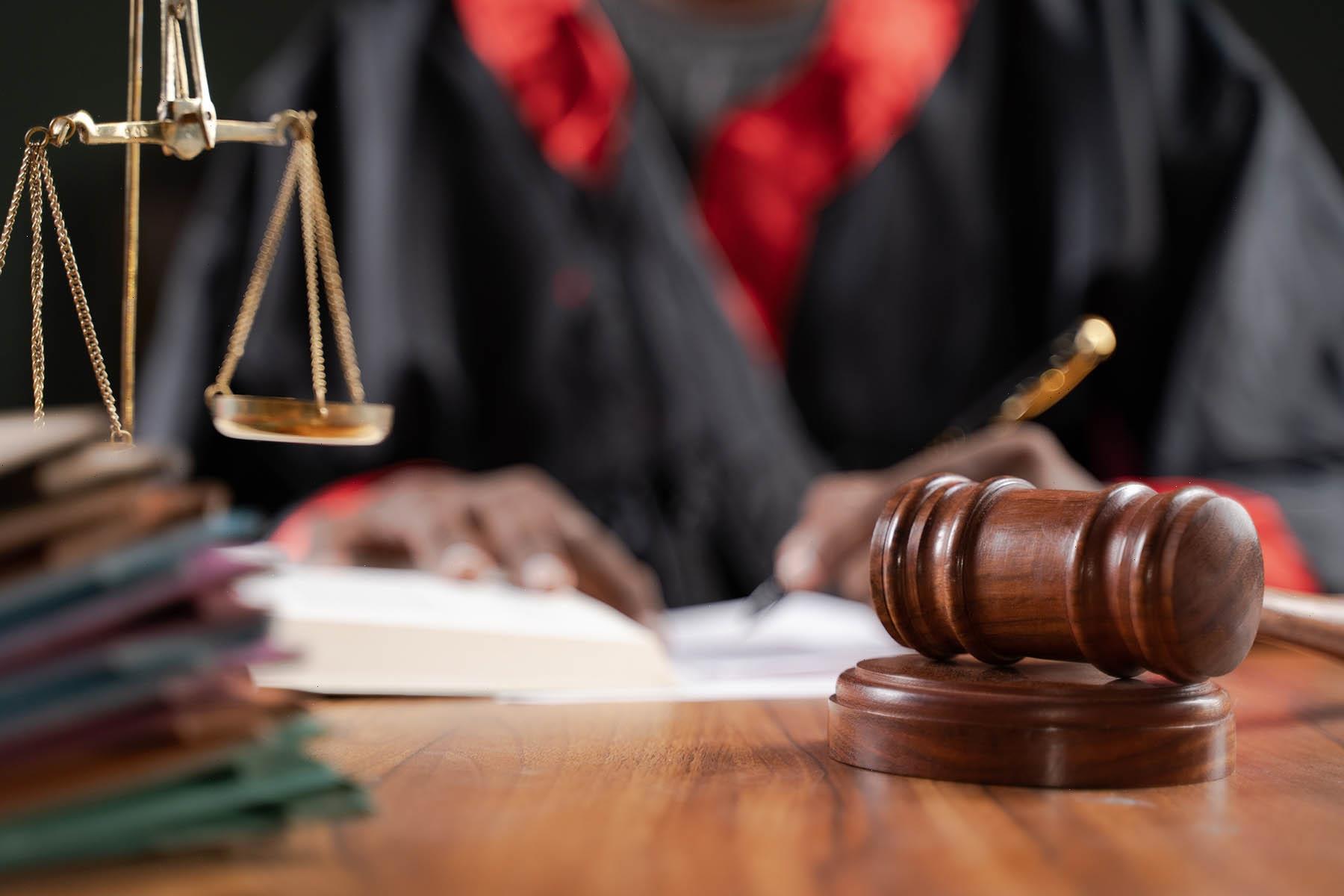 “They’re alleging that the vehicle you were in, a 2012 Chevy, was reported as stolen?”

The judge directs questions between the counsel of the defendant and the prosecutors bringing the case. Suddenly, an animated pair of sunglasses appears over his eyes, followed moments later by a cowboy hat and mustache. Emojis representing roses and basketballs flash above a scrolling chat, while a steady stream of red hearts float up and fade away in the corner.

Judge William Dawson is live-streaming his courtroom proceedings on TikTok. Dawson, a former criminal defense attorney in Ohio who now serves the East Cleveland Municipal Court, hears cases ranging from everyday fines and tickets to felonies; cases involving stolen property, sexual assault, resisting arrest, and firearms appear on his docket. A couple times a week, during court sessions, the judge will set up his phone on his bench and go live. The camera is pointed at Dawson. Defendants, prosecutors, legal counsel, bailiff, and other court staff are not visible but their voices can be heard in the background. Viewers watch Dawson as he hears and responds to cases, sets bail, and addresses defendants.

At one point during his Thursday morning courtroom stream, there were more than 10,000 people watching. The broadcast surpassed 300,000 likes at breakneck speed. Viewers sent “gifts,” monetary contributions that appear on the screen in the form of filters and animations. A flurry of comments scrolled across the stream, responding to the judge’s questioning and the off-camera voices of the people appearing in the courtroom — all despite Dawson’s firm refusal to look at the screen.

“Send him to jail”

“And if they are innocent?”

“Someone send a lion gif lol”

“This feels illegal to watch”

TikTok users have responded positively to content about the justice system. Whether it’s celebrity arbitration judges or lawyers dispensing advice about how to deal with nosy cops, the legal world has made its presence known on the popular app. Reality TV courtroom arbitration stars have flocked to it: Jerry Springer, whose arbitration-based show was recently canceled, has a following of almost 600,000; Judge Judy has 185,000; Judge Greg Mathis, 279,000. Anthony Bompiani, a “retired judge turned consultant” boasts more than 300,000 followers on his account where he gives advice to users on how to deal with the judicial system. None of them are presiding over a court, however. Springer, Judy, and Mathis all achieved fame through “arbitration-based” court shows, a TV genre in which the “judge” (often just a lawyer) is a certified arbiter empowered to help real defendants settle small claims. Judge Dawson is unique in that he is a real judge, and his content is taken directly from the courtroom over which he presides.

As a judge, Dawson cannot provide legal advice, or state his position on major cases moving through the courts, something he clarifies to viewers often. In a phone interview with Rolling Stone, Judge Dawson said that he hopes to use TikTok to strip away the drama and misconceptions about courtroom proceedings: “I think there’s a place for entertainment … but I think it’s also so important to provide the space for education, which is what I try to do.” He wants to “bring light, integrity and information about the legal system to viewers,” and hopes that watching his court can help people realize how a “split second decision” can affect their entire life. “Once I realized the type of lessons I could actually give in the courtroom I wanted to do it in a way that more people could benefit from it before actually ending up in trouble,” he says.

Dawson’s efforts to improve outcomes for defendants appearing in his court, and those watching, takes place off of social media as well. The Judge founded “Cycle Breakers,” a rehabilitation program aimed at helping defendants connect with needed resources and build positive habits, like yoga.

The airing of court proceedings is legal in Ohio, and Judge Dawson, who now has more than 600,000 followers, started broadcasting his courtroom on Twitter around 2016 via the now-defunct app Periscope. With the explosion of TikTok, he found a powerful broadcasting tool that made connecting with audiences virtually seamless. “I was so reluctant to go to TikTok but the platform is so well developed, it made it easy to do,” Dawson says. The social media platform experienced a meteoric rise during the pandemic, and while an easy-to-use interface and powerful algorithms provide endless entertainment, it represents a new challenge for the legal world, which for years has struggled to establish guidelines for social media use amongst lawyers, prosecutors, judges and other members of the profession.

TikTok judicial content is a clear example of how tools for digital interaction have brought public officials closer to their communities, but apps that allow for monetization are raising new questions around the ethics of social media use in the legal world. “It’s not really possible to say categorically what the rules are because they’re still percolating, they’re still in the process of being identified,” says New York University law professor Stephen Gillers. “With the advent of social media, not only the judiciary but the legal profession as a whole has been grappling with ethical questions on what’s allowed and what’s not allowed … We’ve gotten mixed answers to those questions.” Gyntha Gray of the Center for Judicial Ethics noted in a piece on judges’ use of Facebook that experts advise judges to “carefully evaluate whether social media communications foster public confidence in the integrity, impartiality, and independence of the judiciary.”

For example, TikTok Live has monetization options built in for certain content creators, so users can send the streamer “gifts” they pay for via coins purchased on the TikTok app. Those coins, which are valued at fractions of a cent to the streamer, can then be redeemed by the content creator, who has the option to disable live gifting if they so chose. Judge Dawson says he does not solicit gifts or interactions when streaming, and any that may come are directed to The Dawson Foundation, which he established in honor of his late mother, and which awards university scholarships. However Gillers noted that even the appearance that a judge may accept tips or compensation for social media activities could lead to questions about impartiality.

Impartiality and independence are viewed as sacred within judicial ethics. Gillers noted that there are always concerns that the presence of a camera in a courtroom may tempt a judge to “enliven his broadcast” in order to increase engagement, and Judges have been repeatedly cautioned by advisory committees to be wary of letting social media affect their decisions and behavior in court. The same committees have maintained that it is important for judges not to become isolated from their communities and may “use technology to accomplish what is otherwise permissible” under the Judicial Code of Ethics.

A general consensus is that judges must not engage in behavior that could potentially call into question their impartiality in the handling of cases. As it stands, audiences love the content and in a time where trust in the country’s highest courts, judiciary and institutions is eroding, the access to the court Dawson provides to viewers serves to demystify a system that can feel antagonistic to the people interacting with it. For Dawson, the reasoning is simple: “My goal is to help people reach their greatest potential. I want to be a beacon of positivity in the wilderness of social media.”