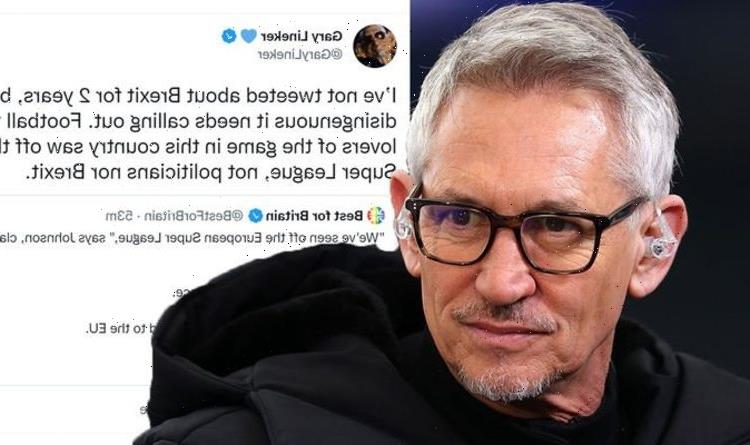 Gary Lineker, 60, has called out Prime Minister Boris Johnson on Twitter. This comes after Gary saw a tweet where the Prime Minister claimed his government “saw off” The European Super League.

This is so disingenuous it needs calling out

The TV presenter replied to a tweet from Best For Britain that read: “We’ve seen off the European Super league,” says Johnson, claiming it is a Brexit benefit.

“1. He supported it in the first place.

“2. This was a private venture not linked to the EU.

“Can you explain how the government fought off the European Super League and saved grassroots football?”

Coomcquire added: “It’s become pointless even talking about him nowadays.

“Too many clowns buy it even though it’s slapping them in their faces.”

Not all of Gary’s followers agreed with his opinion on Brexit.

“People like you and @GNev2 have the ability to reach out to a lot of people who don’t take politicians seriously.”

He added: “You respect people and are genuine – we need those voices to speak up loud and clear.”

The European Super League is a proposed annual club competition that was supposed to be contested by twenty European football clubs.

When the league was announced it was met with worldwide opposition, even from sport companies, for example, UEFA and FIFA.

The league was suspended in April 2021 while a legal dispute ensued.