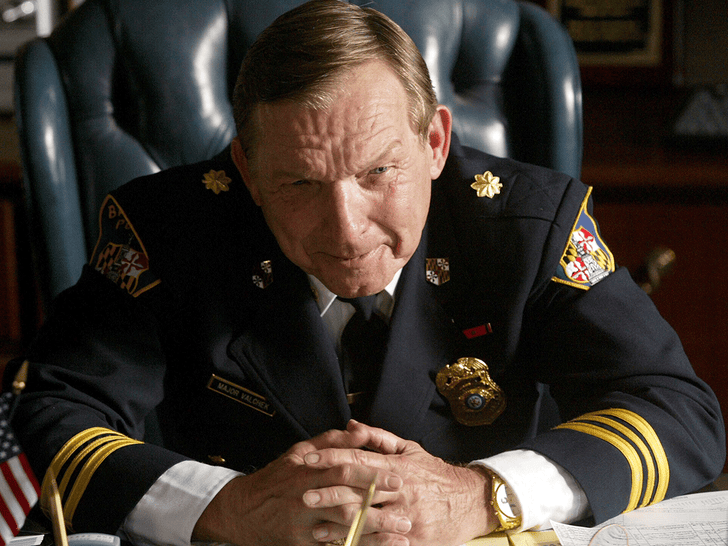 Al Brown — famous from “The Wire” — has died … this according to his loved ones.

The actor’s daughter, Jenny, tells TMZ … Al passed away Friday in Las Vegas as a result of his Alzheimer’s battle. She tells us that before he got into acting in the ’90s, he was a 29-year-old Air Force vet who served two tours in Vietnam … so he served honorably.

Jenny also says Al loved fans of his and was happy to stop and chat with anyone who might’ve recognized him from the show over the years — noting, he loved his job.

Al will best be remembered for playing Col. Stan Valchek in the hit HBO show from the 2000s. In the series, he was a high-ranking Baltimore PD official, often portrayed as somewhat corrupt … who’d give the main character cops a hard time in their investigations.

Valchek was a recurring character in all five seasons of ‘The Wire,’ but played a major part in Season 2 … when he was dealing with dock workers who’d gotten mixed up with the Greek mob. His character was portrayed as a proud Polish-American — a running gag throughout.

Great role, and Brown played it well for years. In addition to his work on HBO … he also guest starred in other shows like “Rescue Me,” “Forensic Files,” “Law & Order: SVU,” “Commander in Chief,” “Maron,” “The Hustler” and others.

Al even had a few notable movies in repertoire … playing small roles in ‘The Replacements,’ ’12 Monkeys,’ ‘Lay the Favorite,’ ‘Red Dragon,’ ‘Liberty Heights,’ and more. He had a knack for playing hardboiled cops and law enforcement types … and he did ’em justice every time.

He’s survived by his children and extended family. Al was 83.