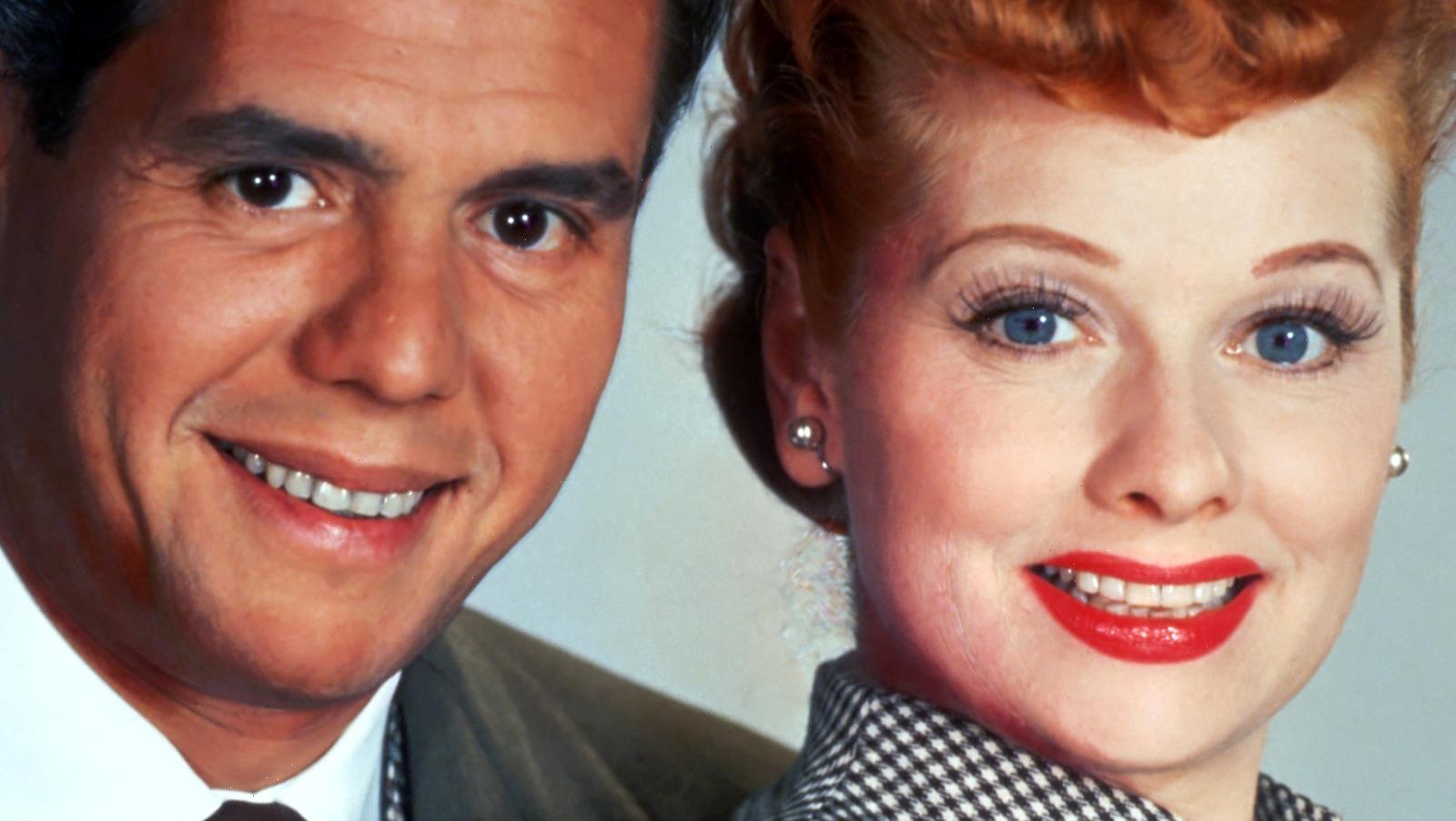 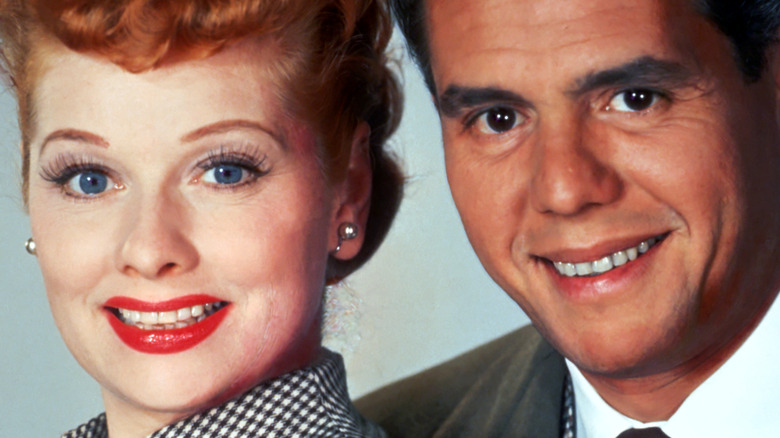 They were the first couple of television in every way. Lucille Ball and Desi Arnaz ushered in TV’s golden age with their CBS sitcom about the antics of a zany redhead and her Cuban musician husband who led a big band in New York in the 1950s. Married in real life and in reel life, Ball and Arnaz graced the covers of magazines and formed a multi-million-dollar business partnership with the creation of Desilu Productions (via Lucy-Desi.com), which gave them control over their own show.

But life off the set for this pair was not what you saw on screen. Lucy and Ricky Ricardo had their problems as Lucy tried to do anything to get in Ricky’s show, enlisting her landlady and best friend, Ethel, in all of her schemes. Behind the scenes, Ball and Arnaz had a volatile marriage that ended soon after all-new episodes “I Love Lucy” left the airwaves. 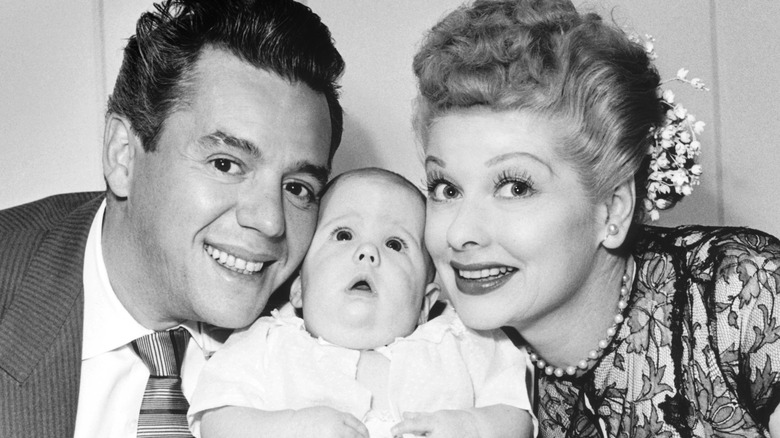 The year was 1940 and RKO studio actor Lucille Ball appeared in the film “Too Many Girls,” starring Cuban bandleader Desi Arnaz. By the end of the year, the pair eloped and formed a partnership that would bring them two children and worldwide fame. However, there were problems from the start and within four years, Ball filed for divorce due to her husband’s affairs and constant drinking.

However, they soon reconciled and realized his travel schedule and her movie schedule wouldn’t allow the marriage to work so they decided that they’d just have to work together. That’s when the concept of “I Love Lucy” was born, although it didn’t make it to air until 1951, the same year daughter Lucie Arnaz was born (via Biography).

By the time Desi Arnaz Jr. was born, his parents were bona fide television stars and his mother’s pregnancy played out on screen. Everything timed perfectly when Ball gave birth to her son on January 19, 1953, the same night a pre-taped episode aired in which Lucy Ricardo gave birth to Little Ricky. It all seemed like a Hollywood fairy tale, but Ball and Arnaz’s marriage was anything but. 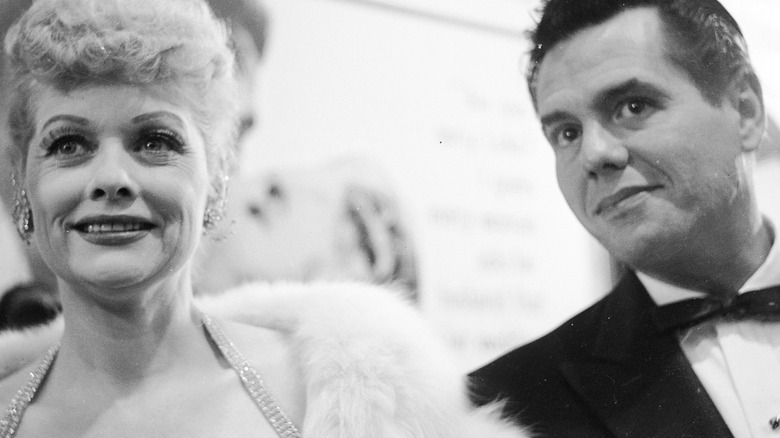 “I Love Lucy” may have been the vehicle to hold Lucille Ball and Desi Arnaz’s marriage together when all looked hopeless, and their daughter, Lucie Arnaz, later admitted her parents’ television show was all they counted on. “All their hopes, plans and dreams for a happy future were wrapped up in that TV sitcom,” Arnaz wrote in her memoir, aptly titled “I Love Lucy” (via People).

Even those involved with the show’s production knew there was trouble between the two stars despite their efforts not to show the tension. “There were never any knock-down-drag-out fights around the set. Desi was from an upper-crust sort of society in Cuba,” Bob Weiskopf, a writer for the show, told People in 1991. “He was too well-mannered. He’d be the last person in the world to drag out the dirty linen in front of anybody.”

Charles Pomerantz, Ball’s publicist, told the magazine that Ball was also very aware of her husband’s affairs. “The magazine Confidential came out with a story saying Desi was a womanizer. I gave an advance copy to Desi, and Lucy said, ‘I want to read this story.'” Pomerantz said. “It was during a rehearsal day, and she went into her dressing room. Everybody was frozen on the set. She finally came out, tossed the magazine to Desi and said, ‘Oh, hell, I could tell them worse than that.'”

Lucille Ball and Desi Arnaz divorced after 20 years of marriage 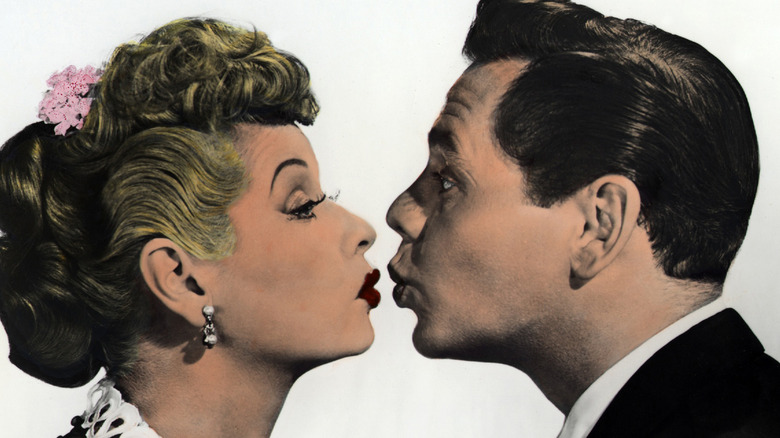 In 1960, Lucille Ball filed for divorce from Desi Arnaz once again. Daughter Lucie Arnaz spoke of her parents’ marriage and their messy divorce to Closer Weekly in 2018. “They were fighting all the time when we were growing up. There was a lot of anger and screaming,” she told the outlet. “Their divorce was horrible. And then there was the alcoholism. I had preferred those things had never been there. We didn’t have any abuse, but we did go through some pretty hard stuff and that’s why my parents didn’t stay together.”

Despite their divorce, the pair remained friends until their deaths but also remarried. Ball wed Gary Morton the year she bought Desilu, and Arnaz married Edith Hirsch in 1963, according to Biography. Ball was by Arnaz’s side in 1986 when he was suffering from terminal lung cancer and Lucie told the story of their last phone conversation to Coyne Steven Sanders and Tom Gilbert for their book “Desilu: The Story of Lucille Ball and Desi Arnaz”.

“I put the phone up to Dad’s ear in the bed,” Lucie said. “I said, ‘It’s the redhead.’ He just listened and I heard what he said. She just said the same thing over and over again … It was ‘I love you. I love you. Desi, I love you.’ You could even hear the intonations of the voice change, how she meant each one” (via Showbiz Cheat Sheet).