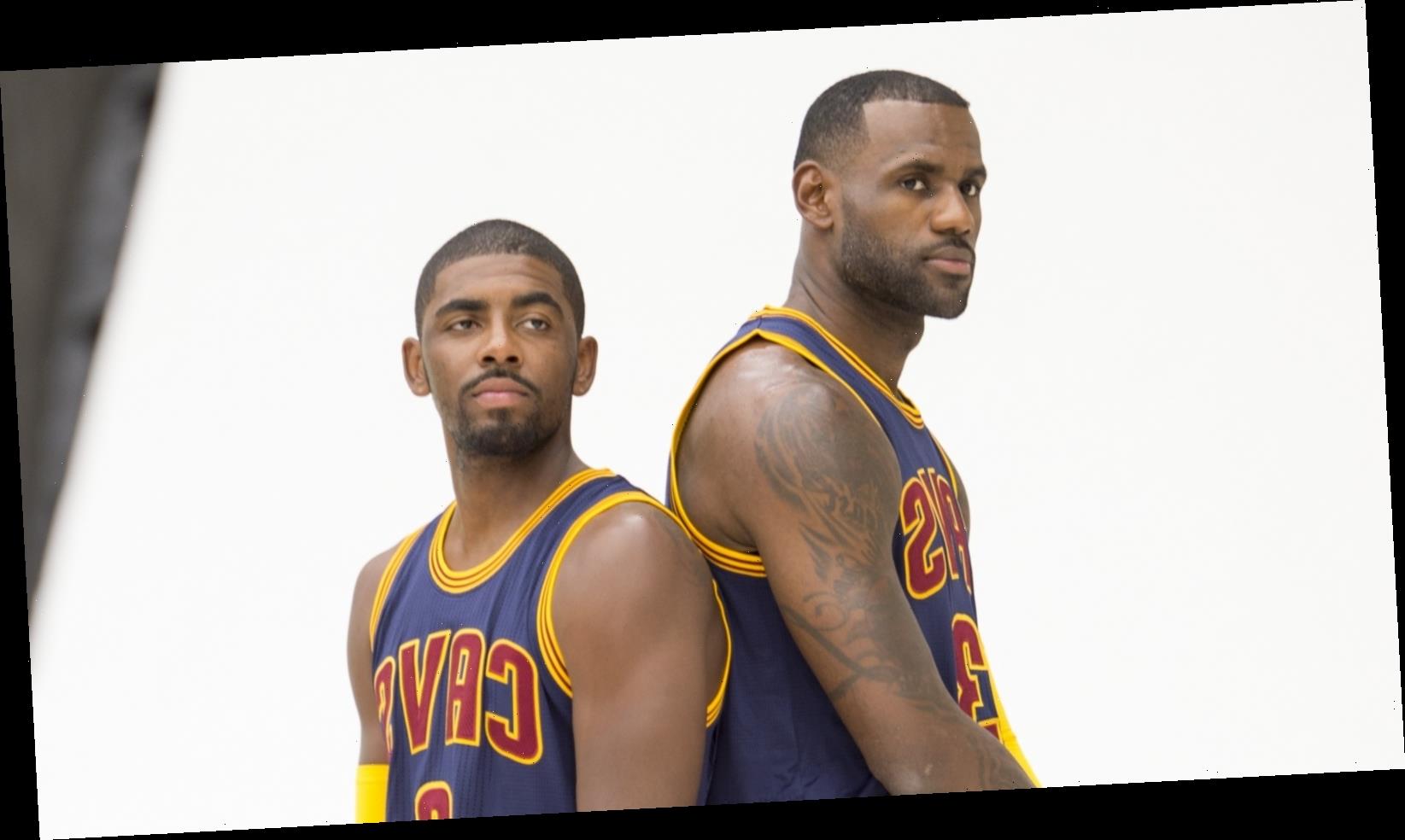 Kyrie Irving and LeBron James won an NBA championship together in 2016, just two years after they started playing together for the Cleveland Cavaliers. They upset all oddsmakers when they beat the Golden State Warriors, coming back after they were behind three games to one. It was a historic win, but that comeback wasn’t as much of a fairytale as it may have seemed. In short, the successful duo has a complicated dynamic. In reality, there are many layers to peel back. Sometimes, they seemed like best friends with a great mentor-mentee relationship. Other times, they acted like petty rivals. But, let’s journey back to the beginning.

Irving joined the Cavaliers in 2011 as the first overall pick in the NBA draft. In 2014, after winning two championships with the Miami Heat, James returned to Cleveland. The Cavaliers went to the finals in 2015, 2016, and 2017, solely winning in 2016. Nevertheless, it seemed like the team, particularly the James-Irving pairing, got into a pretty solid groove. Apparently, Irving did not feel that way. In July 2017, soon after losing the NBA championship to the Golden State Warriors (again), Irving demanded a trade, according to reports from ESPN.

A month later, Irving joined the Boston Celtics. Reports circulated that Irving had grown tired of playing “second fiddle” to James. Meanwhile, James kept it positive, praising Irving as a “special guy/talent” on Twitter and saying that he has “nothing but respect and what a ride it was our 3 years together.”

In July 2017, USA Today reported that Kyrie Irving unfollowed LeBron James on Instagram. That month, James posted a video singing to Meek Mill’s “Heavy Heart,” which could have been innocent. However, the lyrics had people wondering if the video was a slight at Irving: “I gave this hustle everything I got (thing I got) / Always kept it real from the very start (very start) / N****s ain’t thorough like I always thought / Damn, the game left me with a heavy heart.“

In January 2018, Bleacher Report shared a screenshot of Irving clicking “like” on a video of James getting frustrated on the court. During a March 2018 game, a fan yelled out, “Hey LeBron, where’s Kyrie?” LeBron responded with, “At your mama’s house,” which isn’t technically a dig at Irving, but it wasn’t exactly a positive moment either.

In May 2018, James told ESPN, “The odds have not been with us all season, even if you start back to the summertime when I felt it was bad for our franchise to trade away our superstar point guard. Obviously I wasn’t part of the communication and know exactly what was going on between the two sides, but I felt it was just bad timing for our team to get rid of our point guard in Kyrie Irving.”

Even without Irving, the Cavaliers made it to the 2018 finals, losing to the Warriors again. James left the Cavaliers to join the Los Angeles Lakers in 2018.

In January 2019, following his outbursts against Boston Celtics coach Brad Stevens and his teammates, Kyrie Irving admitted to ESPN, “Obviously, this was a big deal for me, because I had to call [LeBron James] and tell him I apologized for being that young player that wanted everything at his fingertips, and I wanted everything at my threshold.” He also recalled, “[James] was one of those guys who came to Cleveland and tried to show us how to win a championship, and it was hard for him, and sometimes getting the most out of the group is not the easiest thing in the world.”

Irving acknowledged that he was “in this position” on the Celtics. He explained, “It takes a real man to go back, call somebody and be like, ‘Hey, man, I was young. I made some mistakes. I wasn’t seeing the big picture like you were. I didn’t have the end of the season in mind.'” In February 2019, James told The Athletic, “Me and Kyrie are in a good place right now. I love the man that he’s becoming, I love the challenges he’s accepted and I always wish the best for him.”

Kyrie Irving implied that he couldn't count on LeBron James

In fall 2020, Kyrie Irving seemingly shaded LeBron James during a conversation with his Brooklyn Nets teammate Kevin Durant on the The ETCs with Kevin Durant podcast. Irving remarked (via USA Today), “One thing I’ve always been comfortable with is, I’ve felt like I was the best option on every team I’ve played for down the stretch. This is the first time in my career where I can be like “that motherf****r can make that shot, too.”

However, Irving denied the shade, saying, “If I’m addressing anyone, I’ll say their name.” That same day, James said that he has a successful relationship with teammate Anthony Davis because “we’re not jealous of one another.” That could have been a compliment toward Davis, but it might have been a response to Irving’s remarks.

It seems like James and Irving’s relationship is in a constant state of flux, but it will be interesting to see the Lakers take on the Nets during the 2021 NBA season.