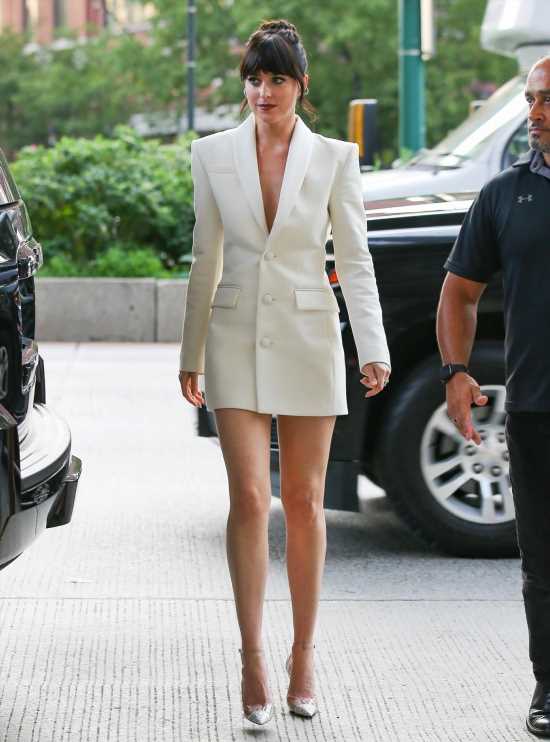 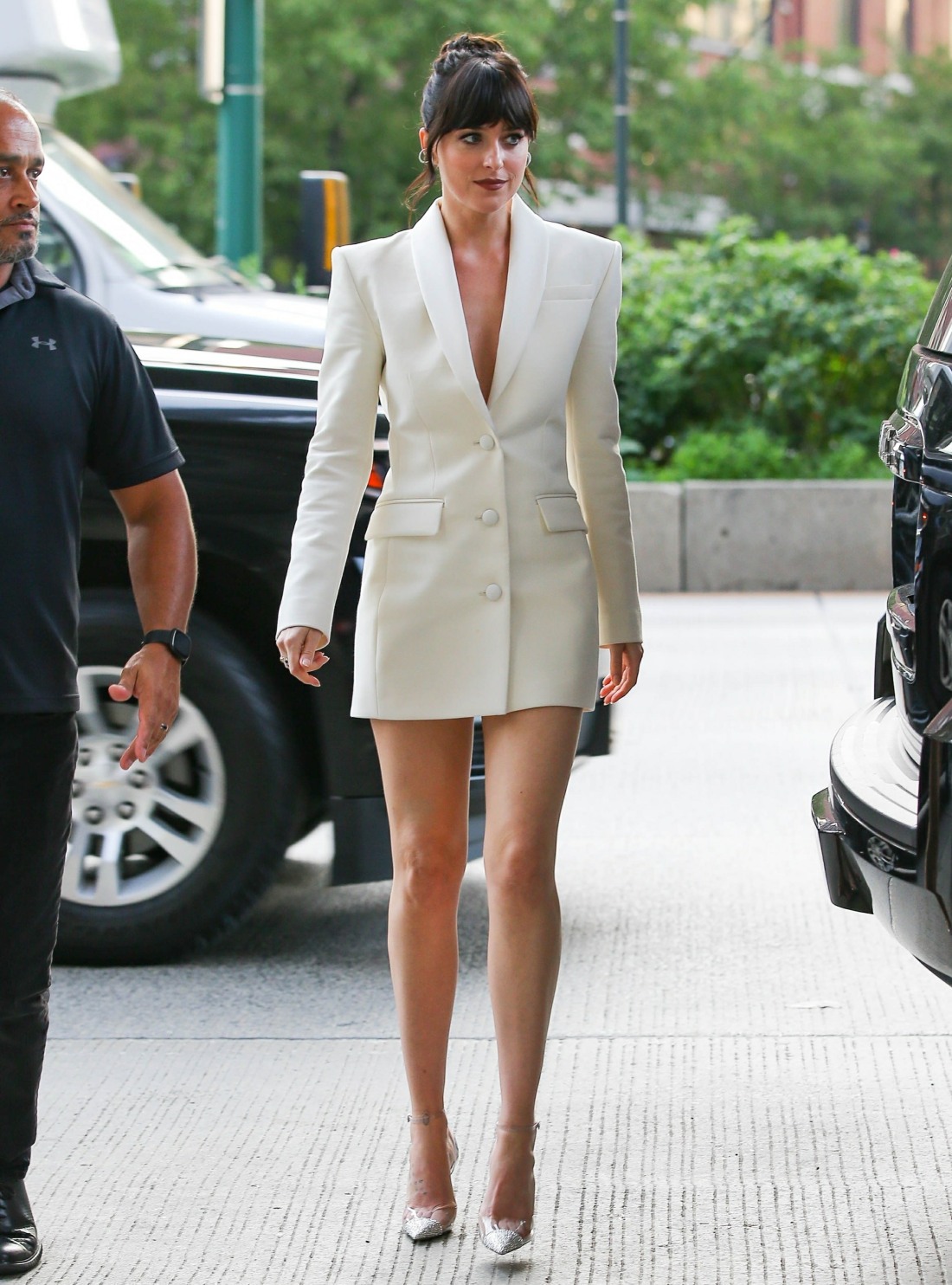 Here are some photos of Dakota Johnson out this week in New York. She was in town for the Tribeca Film Festival, where she premiered her latest movie, Cha Cha Real Smooth. CCRS is an indie movie which premiered at this year’s Sundance Film Festival to rave reviews, and AppleTV+ bought it for $15 million. That’s why Dakota is in NYC this week, for promotion, etc, ahead of the premiere on the 17th. Her suit-jacket/minidress is by AREA. She has fantastic legs. Her mother’s legs, honestly. Melanie Griffith was known for her legs too.

I wanted to talk about Dakota because during the pandemic, she went away and filmed another screen adaptation of Jane Austen’s Persuasion. Persuasion has been adapted several times already and I’m predisposed to give every Austen adaptation a chance. We talked about this version when it was announced and when we believed that the story was going to be modernized. I expressed my concern that Dakota is too hot and young-looking to play a “spinster” like Anne Elliot. Dakota would be a natural for Emma, honestly, but not Anne. Well, they’ve released the trailer and… lord, I don’t know about any of this. First of all, they’ve Bridgertonified the story and the casting, which I don’t hate. But they also appear to have significantly changed the story and the main character??

Dakota as Anne, Richard E. Grant as Mr. Elliot (her vain father), Henry Golding as the mysterious cousin and Cosmo Jarvis as Wentworth. I already hate parts of this! First of all, while I love Henry Golding, the whole point of the mysterious cousin is that he just shows up mid-story and Anne feels like there’s something shady happening but she can’t quite put her finger on it. Can Golding do “smarmy”? I don’t know. I also feel like Dakota’s Anne just seems too… flighty and unserious? Like, Anne is not supposed to be girlish at all. She’s the sensible one. This feels like Dakota IS playing Emma Woodhouse and they’re just calling her Anne Elliot. 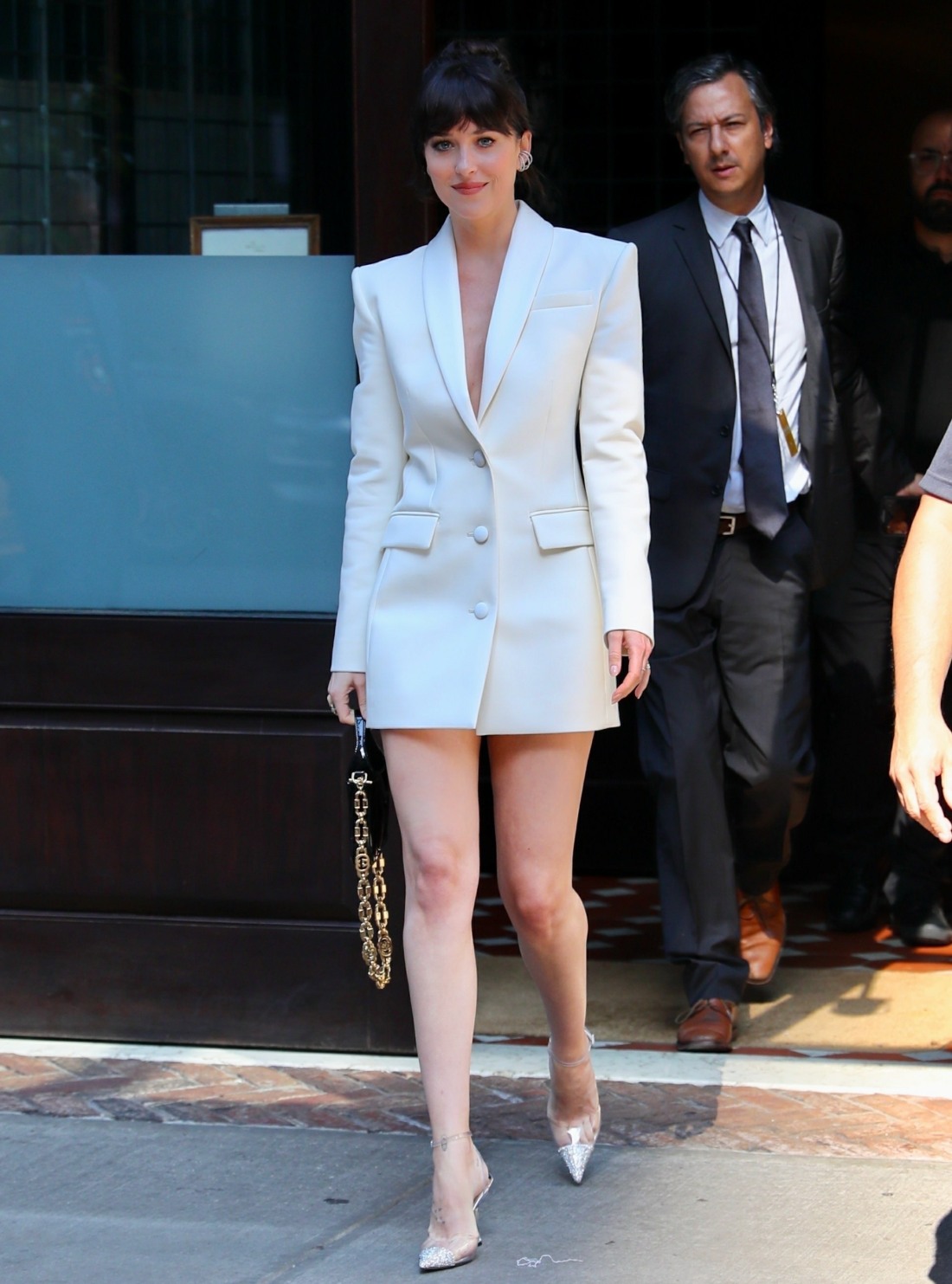