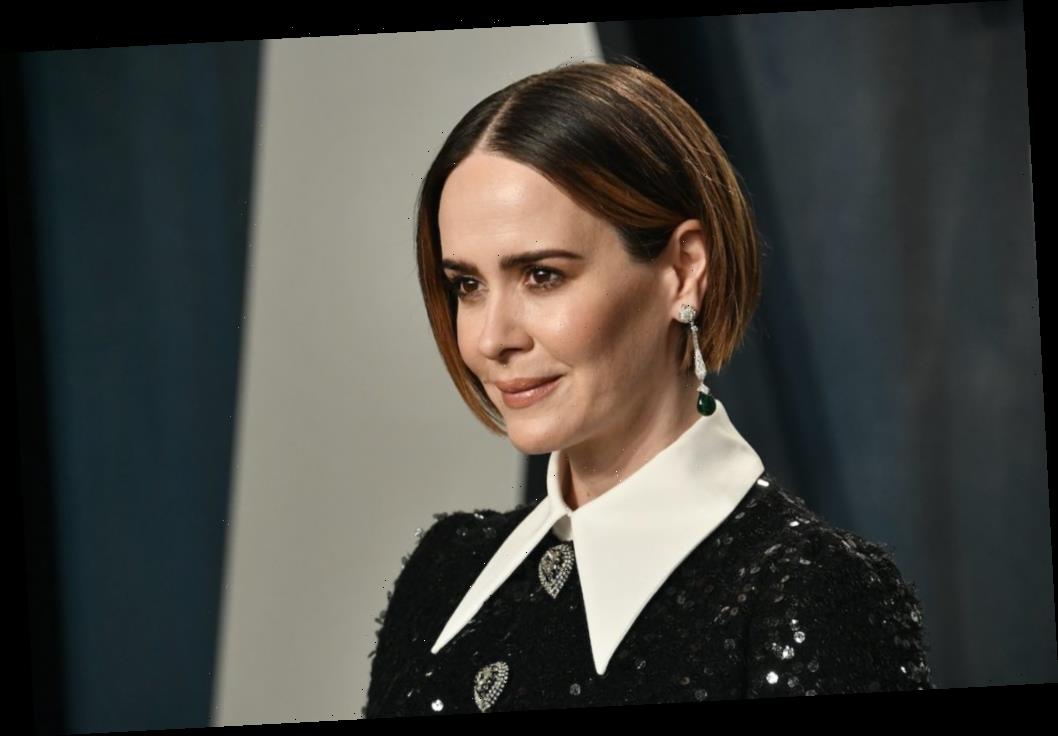 Sarah Paulson is a celebrated actor. Today, she is best known for her work with Ryan Murphy — someone many fans think is Paulson’s favorite part of being involved in the entertainment industry. Ironically, this is what Paulson loves most about being an actor.

Sarah Paulson won’t describe herself as an ‘artist’

The only thing Paulson ever wanted as an actor was to experience as many opportunities as possible. Upon entering the industry, Paulson wasn’t hopeful she would become the next Meryl Streep, nor the next Juilia Roberts.

“Those things are very, very hard to achieve,” she admitted on the Off Camera with Sam Jones podcast. “So many things have to line up. The moment you think you have it, it alludes you.”

In speaking about her acting career, Paulson avoids the term “artist” at all costs.

“I always feel so uncomfortable using the word artist to describe myself,” Paulson explained. “I know I say that about people whose work I admire, but for me, I always feel a little like, ‘Don’t say that about yourself.’ I always hesitate to say it. But I think the pursuit of excellence and honesty in my work has always been a driving force.”

Paulson loves her job as an actor so much, she was surprised when certain directors would only call her to set for one or two pages of dialogue a day.

“I like to always be shooting,” she admitted. “I’m like, ‘You’re all paid so much money and you’re doing two pages [of dialogue] a day? Y’all are slackers.’”

“I eat a page and a half for breakfast,” Paulson joked. “Sitting in my trailer, the waiting around — the last thing you want to do at work when you’re trying to do something creative is feel bored.”

Sarah Paulson would act for 50 cents

During her conversation with Jones, Paulson quoted actor Jimmy Cagney, who said: “I act for free; they pay me for the waiting.” Paulson’s price tag is a bit more than nothing.

“I would do the acting part for 50 cents,” Paulson conceded. Paulson believes she is compensated not for her abilities as an actor, but for all of the things her job forces her to miss out on.

“The part that you’re paying for is the fact that I can’t see any of my friends,” she said. “I missed 1,000 weddings; I don’t go to people’s birthday parties because I’m shooting or I’m on location, and the hours are insane. Or I’ve sat in my trailer for eight hours, and then they sent me home because it rained. It’s the anticipation and all the things in life that you’re missing that the money [compensates for].”

For Paulson, the best part of being an actor is “the camaraderie and intimacy with lots of times relative strangers.”

“There is a very fundamental truth that when you walk on a set for the first time, odds are you have not worked with that person before,” she explained.

There’s something so incredibly intimate about it and strange, because you’ll end up wiping snot off of a person you just met in an emotional scene, whereas you won’t touch your husband or your wife’s boogers.

Paulson finds this to be the most stimulating part of being an actor. There’s something magical about creating those moments with people who are perfect strangers.