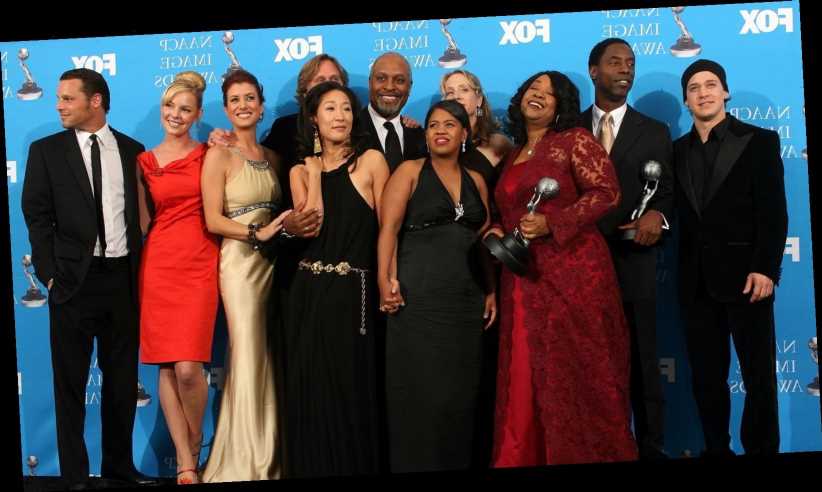 Given the number of hit shows she’s birthed over the years (Grey’s Anatomy, Scandal, How to Get Away with Murder), it’s clear that Shonda Rhimes has a true mastery of language. Shonda Rhimes’ shows are often a combination of dramatic, heartfelt, suspenseful, and even funny. Rhimes’ shows often have their own rhythm to them and even their own language. Even non-Grey’s Anatomy fans know who McDreamy and McSteamy are, and you don’t have to be a Scandal devotee to know a “gladiator in a suit” is shorthand for an Olivia Pope employee.

To wit: In a season two episode of Grey’s, Dr. Miranda Bailey, in the midst of giving birth to her son, uttered the now-immortal line “Stop looking at my vajayjay!” and thus, a new term for vagina was born (via HuffPost). But the creation of the term wasn’t to mine humor from the moment, but for another reason entirely.

"There was a big fight"

Although Grey’s Anatomy took place in a hospital, ABC’s standards and practices took issues with members of the cast saying words related to, well, the human anatomy. They wouldn’t OK the word “vagina” being said on TV.

“There was a big fight — I may be butchering this story but — there was a big fight because with standards and practices, which I’m sure you deal with on occasion, you can say ‘penis,’ but you couldn’t say ‘vagina,’ at the time,” Grey’s star Ellen Pompeo recently revealed on Jimmy Kimmel Live (via People).

For some reason, however, standards and practices had no problem with the word “penis” — in fact, an earlier episode of Grey’s centered around Pompeo’s Meredith carrying a severed penis around the hospital for an entire episode.

“Shonda’s argument was like, ‘We said ‘penis’ in that episode 97 times. You can say ‘penis’ 97 times but you can’t say ‘vagina?'” Pompeo recalled. “They were like, ‘Yep, yep, you can’t say ‘vagina.’ So she came up with ‘va-jay-jay’ and that’s how that problem was solved.” You can’t say that Rhimes isn’t a creative problem-solver.

Rhimes has even said that while these limitations at ABC could be frustrating, they could also be a boon to creativity.

Speaking with Terry Gross on NPR’s Fresh Air in 2015, Rhimes told Gross “We’re very creative within our fences, and because we have the fences, they make for very creative moments,” she said. “We come up with some stuff that I don’t think any of us would’ve come up with had we not had the fences” (via HuffPost).

Without those fences, even, the term vajayjay would not have even existed, she acknowledged.

That being said, Rhimes eventually did tire of the fences, making history with her $150 million Netflix deal, wherein Netflix chief content officer Ted Sarandos told Rhimes she could do whatever it was she wanted (via Forbes). And what’s Rhimes doing first? An adaptation of Julia Quinn’s best-selling romance series Bridgerton (via IndieWire), wherein maybe the characters will say vagina. Or maybe vajayay. But whatever word they use, it will be strictly of Rhimes’ choosing.