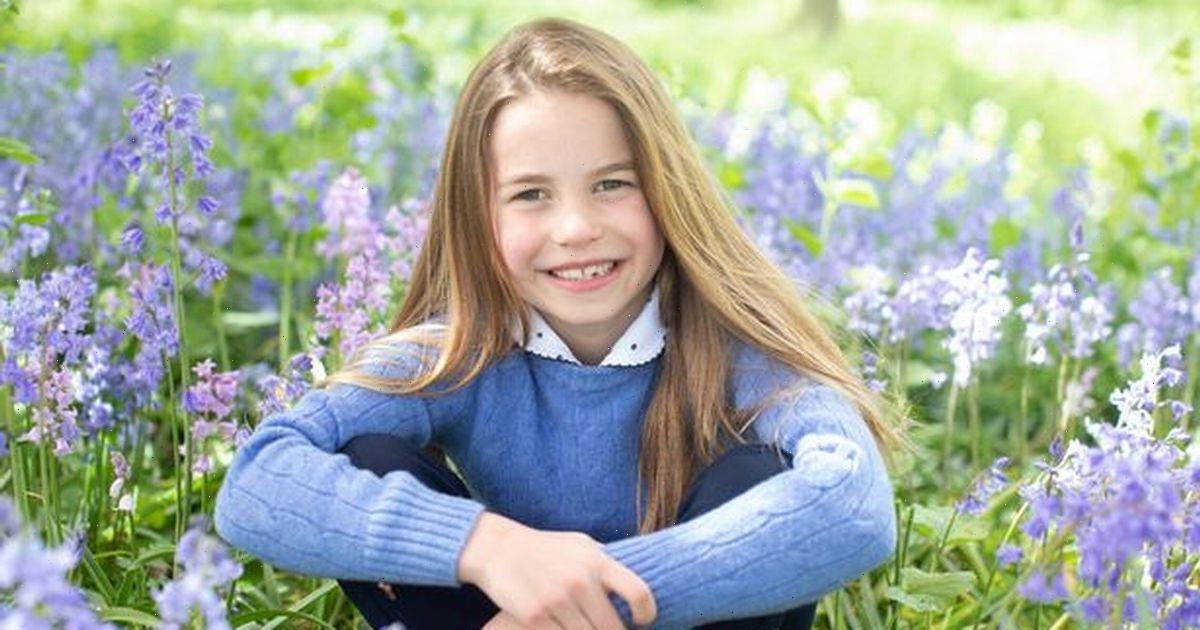 However, one item the seven year old Princess is also set to be inheriting is a tiara belonging to her late grandmother Princess Diana.

The Spencer Tiara was worn by Princess Diana when she wed Prince Charles in 1981.

It is mounted in gold and set with circular, rose-cut, cushion, and pear-shaped diamonds and is described as “designed in the garland style as a central heart flanked by continuous running scrolls, interspersed with star- and trumpet-shaped flowers”.

The tiara was inherited by the Princess’ father John Spencer, 8th Earl Spencer in the mid seventies and is now with Sotheby’s auction house in the Power & Image: Royal & Aristocratic Tiaras exhibition.

Thecatalogue note accompanying the tiara reads: "Having been worn by Princess Diana at her wedding, the Spencer Tiara is one of the most famous diadems in modern history.

“The tiara is reported to have been created originally in 1767 for Viscountess Montagu and remodelled by Garrard in the 1930s: the central motif was purportedly gifted by Lady Sarah Spencer to Viscountess Althorp, the grandmother of Princess Diana, in 1919, after which further motifs were added, resulting in the design we see today.”

The note adds that in the mid-1970s, John Spencer, the 8th Earl Spencer, inherited the tiara and it was worn by all three of his daughters at their wedding: Lady Jane in 1978; Lady Sarah in 1980; and finally Lady Diana the following year, in 1981.

It continues: “The tiara was most recently worn by Celia McCorquodale – niece of the 10th Earl Spencer Charles – at her wedding in the Spring of 2018. The Spencer Tiara is now set to be inherited by Princess Charlotte.”

While the catalogue states Charlotte will inherit the tiara, it is still in the possession of Diana's brother Charles Spencer, 9th Earl Spencer.

Charles lives at the Spencer family home Althorp House in Northamptonshire after inheriting the estate aged 27 as the eldest male.

Recently Kate, 40, opened up about the young Princess Charlotte’s keenness to enhance her culinary skills .

The Duchess enjoys cooking a number of different dishes for her and Prince William, 39, and their three children,Prince George, eight,Princess Charlotteand four year oldPrince Louis.

According toVanity Fair: "When Kate or the housekeeper are preparing meals in the kitchen, Charlotte will set up shop next to them, her own toy set by her side to imitate."

For more Royal news, sign up to our daily OK! Newsletter.