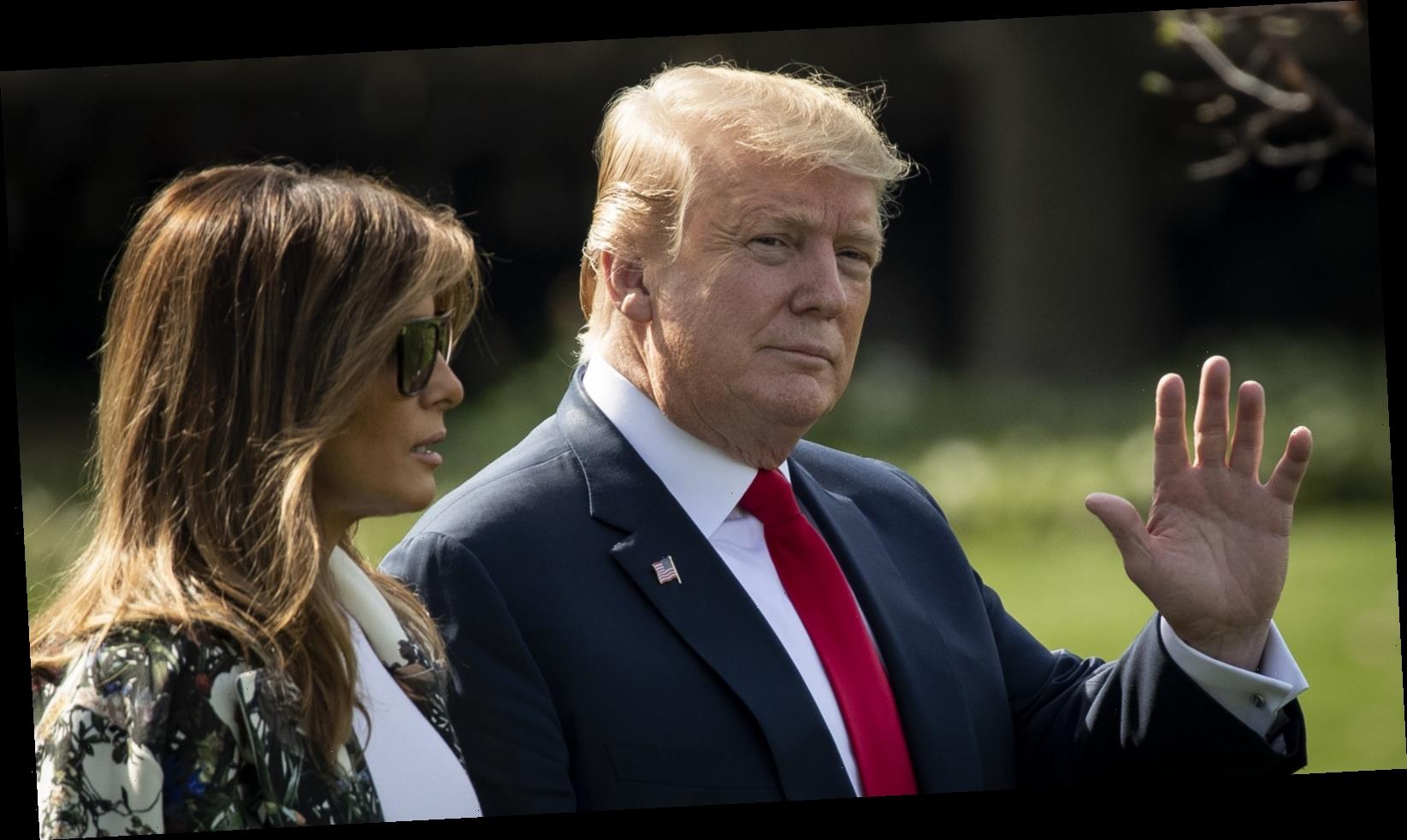 Former President Donald Trump left the White House early on Jan. 20, 2021 before President Joe Biden’s inauguration ceremony. While Trump broke with tradition by not attending his successor’s swearing-in, he did follow one traditional gesture by leaving Biden a note.

First lady Melania Trump also made headlines (and maybe even stole the show) with her somber departure look, but then changed clothes before landing in Florida, rocking a much more cheerful getup. People also noted how remarkably happy she looked to be leaving the White House, making at least one in that marriage to cheerfully bid adieu to 1600 Pennsylvania Avenue.

Yet, while Donald was (unwillingly) preparing to leave office, there was plenty of buzz about where he and his family would live post-presidency. Their previous stomping grounds in New York City became unwelcome territory, as outspoken New Yorkers voiced their disapproval of the policies of the president and first family. In response, the Trumps set their eyes south and Donald and Melania have taken up residence at his resort, Mar-a-Lago, located in Palm Beach, Fla. The only problem is other guests of the exclusive resort are not happy about Donald’s relocation. In fact, many are moving out because he is moving in. Here’s why.

Mar-a-Lago is a 'sad' place now

Longtime members of Mar-a-Lago are leaving the luxurious resort after former President Donald Trump left office in late January 2021. So why the mass exodus?

Mar-a-Lago itself is such a notable place (or notorious, depending on one’s political views) that historian Laurence Leamer wrote a book about the tropical destination called Mar-a-Lago: Inside the Gates of Power at Donald Trump’s Presidential Palace. Drawing on his familiarity of the location, Leamer spoke to MSNBC host Alex Witt and said that the resort has lost its spirit since Trump lost the presidency.

“It’s a very dispirited place,” Leamer said, adding that longtime members are “not concerned about politics and they said the food is no good,” (via CNN). The spirit of the place has died down considerably, especially with the coronavirus pandemic prohibiting gatherings and events. As such, Leamer added, “It’s a sad place … it’s not what it was.”

But these departures have a financial impact on the resort’s economic viability. In 2020, the resort saw economic growth, as KTVZ News Channel 21 points out, with sales increasing from $21.4 million to $24.2 million. However, this growth has stalled after Trump’s presidency. Memberships can cost as much as $200,000, so with the loss of such revenue, the resort could face tough times.

But that’s not all. Rumors are circulating that Trump may not even legally be allowed to live at Mar-a-Lago. Here’s the scoop.

The residents of Palm Beach, Fla., especially those who live near Mar-a-Lago, do not want Donald Trump to live there. In December 2020, they wrote a letter to the town of Palm Beach and sent a copy to the Secret Service, according to The Washington Post, saying that Trump was violating an agreement he had signed in the 1990s.

In 1993, Trump signed a deal to convert Mar-a-Lago from his private residence to a private club. According to the outlet, Trump has a history of flouting town stipulations, like violating height restrictions to install a tall flagpole on the resort. Things became more difficult for the town once Trump became president. Streets were blocked off for his presidential visits, resulting in traffic jams and excess noise, according to The Washington Post. It’s no wonder the local population was irritated. According to NBC News, Trump spent hundreds of days in office at Mar-a-Lago, affectionately calling it his “Southern White House.” Considering how many members of the Secret Service had to accompany him, this would no doubt create a major clog in the movement of the town.

With Mar-a-Lago as a notable topic of conversation, one celebrity shared what his own experience was like at the resort — and he certainly did not hold back with his assessment.

Jimmy Kimmel spoke with The Bill Simmons Podcast on Jan. 22, 2021, and shared his own experience with Donald Trump’s private resort, Mar-a-Lago. Kimmel said that he stayed at the resort six years prior, before Trump became president. He laughed about his experience and said, “Everyone there is 100 years old.” Kimmel said that the guests were “hunched-over people who are eating soft food,” and he added that the resort is full of photos of Trump. Speaking of Trump’s post-presidency move to Mar-a-Lago, Kimmel said: “It was just quiet and a terrible place. And now he lives in this terrible place.”

The sentiment has definitely shifted at Trump’s private resort, with long-term guests leaving, a motion that draws a lot on what Kimmel had to say about his experience there. Historian Laurence Leamer spoke about this same sentiment when he talked to MSNBC’s Alex Witt and said of Palm Beach, Fla., “Even here, people don’t like him. It’s just another measure of how his power has declined” (via CNN). So not a great time for Trump in his new digs.