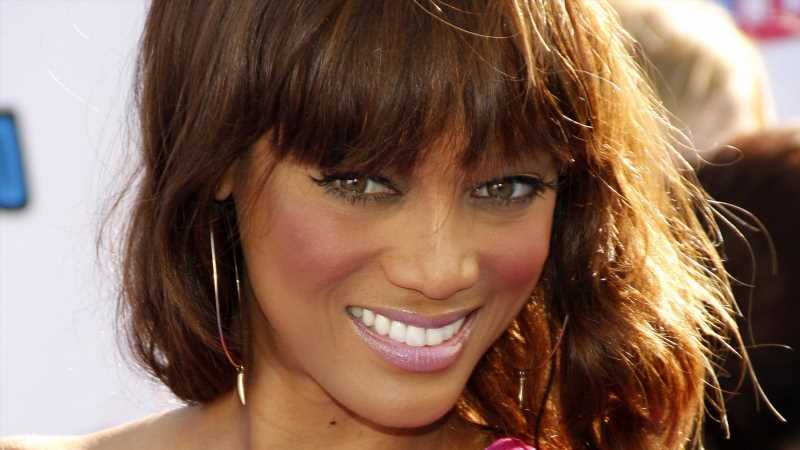 “America’s Next Top Model” has been searching for potential it-girls to propel to stardom (or close to stardom) since it first premiered on UPN in 2003. With over 20 seasons (or cycles) and hundreds of contestants, host Tyra Banks knows that sometimes these wannabe models need a little tune-up, (via IMDb.)

However, the transformation from caterpillar to smize-worthy butterfly isn’t always seamless. Makeover montages have ended in temper tantrums, tears and even iconic blow-ups. Banks used many tactics to navigate the series’ signature makeover episode throughout the show’s run. From professionally-drawn sketches to dressing up as Glinda the Good Witch to coining the term “Ty-over,” one thing Banks never did was bore the audience. But keeping things exciting doesn’t come without controversy.

Countless contestants have complained about the makeover process ruining their hair or being forced to work with under-qualified stylists. There’s no denying that changing up any ‘do can cause an emotional response. However, when it’s done right, hair magic happens, but just one wrong move could create chaotic evil personified. Here is an exhaustive list of the most memorable makeovers to ever grace our screens.

Cycle 2 beauty Shandi Sullivan won over fans and judges alike by being a relatable, self-proclaimed “ugly duckling.” Sullivan hails from Kansas City, Missouri and worked as a clerk at Walgreens before she applied for the reality competition. However, Tyra saw a hidden beauty behind her curtain of mousy brown hair and thick glasses, eventually transforming Sullivan into a beautiful swan.

She made headlines during her season by publicly cheating on her boyfriend, Eric, when the models went overseas to Milan, Italy. Sullivan drunkenly hooked up with a male model, resulting in a tearful (and legendary) confession. The guilt of her escapades eventually landed Sullivan a plane ticket home. She continued her foray into the “Top Model” universe even after being eliminated, making appearances on “The Tyra Banks Show” and “ANTM” spin-off “Modelland,” (via IMDb.)

But her foremost legacy was being the first in a series of other “ANTM” platinum blonde success stories like Cycle 9’s Jenah Doucette, Cycle 10’s Anya Kop and Cycle 12’s Allison Harvard. Break out the purple shampoo!

Cassandra Whitehead from Cycle 5 was an extreme case of “makeover meltdown.” After being told Tyra Banks wanted to give her a “Mia Farrow in Rosemary’s Baby” style ‘do, the pageant queen became immediately resistant to changing up her long brunette locks. Following a series of tears, tears, and more tears, Whitehead eventually gave in, giving us this iconic look.

Whitehead’s symmetrical face and natural beauty could’ve pull off any hairstyle, but she eventually eliminated herself from the competition by refusing a second trim after Banks expressed disappointment with her shaggy mop. “It wasn’t just cutting an inch and a half of hair for me,” Whitehead explained in her confessional. “It was the last straw in them completely trying to change who I was.”

After Creative Director Jay Manuel asked Whitehead to leave his set, she eventually moved on from modeling to acting, landing guest roles on shows like “One Tree Hill,” “Arrow,” and “CSI.”

Cycle 8’s Brittany Hatch wasn’t the last instance of a weave gone awry, of course followed by Cycle 16’s Molly O’Connell or Cycle 21’s Kari Calhoun, but she was sure one of the first. In her makeover episode, Tyra Banks assigned Hatch “long wavy red hair, big and bushy,” but what the Georgia native received was more akin to a life-sized Raggedy Ann doll. The yarn-like strands pulled on Hatch’s scalp for multiple episodes before she finally broke down and asked Banks to remove it, calling the weave “possessed,” (via YouTube).

Hatch joined the other contestants in going overseas to Sydney, Australia, where she was infamously late for a casting (or go-see) resulting in a cringe-worthy breakdown outside an agency. Hatch hemmed and hawed, blaming her cab driver for her tardiness. “I asked my f***ing cab driver to meet me on Cooper Street!” Hatch bellowed to fellow contestant Natasha Galkina, explaining, “It sucks because it’s not my f**king fault!” Galkina’s dead-pan response to the tantrum was unintentionally hilarious stating, “I just wanna tell you that some people have war in their countries,” (via YouTube).

Hatch was eventually eliminated, becoming the ninth girl in Cycle 8 to be sent home, (via Reality TV World).

Kayla Ferrel from Cycle 15 is a fan favorite for many reasons. Besides being completely comfortable with her sexuality as an open lesbian, (via Pride), she also graced us with some of the most impressive images from the cycle. In Ferrel’s makeover episode, Tyra Banks was absent from the salon, but Jay Manuel announced that she would be given a fire-engine red look. Of the makeover, Ferrel stated, “My girlfriend had two stipulations: don’t come home with red hair and don’t come home bald. So, I may be single after this.” Luckily, the Rockford, Illinois native pulled off the bold new look, landing her in the cycle’s top four contestants, (via YouTube).

Another memorable moment from Ferrel’s cycle was during a Venice Beach commercial shoot. The contestants were required to kiss a male model, but Ferrel explained to viewers that she “wasn’t totally thrilled” about any personal intimacy with a man. This was due to experiencing childhood sexual assault ,(via RR Star.) Despite Ferrel’s past trauma and tearful cries that men “scare her,” she was still forced to complete the shoot, (via YouTube). This upset many viewers, but landed Ferrel a loyal fanbase for life.

She went on to compete in the “ANTM” All-Star Cycle, but was sent home in the Episode 7 after a double elimination.

Cycle 18’s British Invasion wasn’t only controversial due to xenophobic undertones, it also had some questionable makeovers, one being that of American contestant Laura LaFrate. In LaFrate’s makeover episode, she was given platinum blonder hair with red and blue clip-in extensions, (via YouTube). Though the makeover fell in line with the theme of the season, the chunky, bright highlights were so distracting that they had to be removed for multiple photo shoots, (essentially defeating the purpose of the model’s makeover).

LaFrate was also known for her overt sexuality, being dubbed by the judges as “too sexy.” In a 2012 interview with Digital Spy, LaFrate explained, “It’s something that I’ve always been very open and honest about and I feel like the more … If I can just swing things right off the bat, that’s how I’ve met some of my closest friends.” She was also even accused of sleeping with Hong Kong actor Nicolas Tse in order to win an acting challenge. LaFrate progressed to Cycle 18’s final two, but was ultimately eliminated following a panic attack on her Covergirl commercial shoot.

Two words: Beard weave. “America’s Next Top Model” broke boundaries with its Guys vs. Girls seasons, but Cycle 21’s Denzel Wells made history as the first contestant to receive a facial hair transformation. Wells was assigned a beard weave as his makeover look, with creative director Yu Tsai nicknaming him “the black Lincoln,” (via YouTube). Wells also caused waves his season following homophobic comments he made to openly gay contestant Will Jardell.

Jardell’s choice to wear high heels ruffled Wells up enough that he announced he would be ashamed to get eliminated before “a guy who would do that.” Wells was called out during elimination by judge Kelly Cutrone stating, “If you want to work in the fashion world, you’re going to be surrounded by guys in high heels all day long,” (via YouTube). He eventually apologized to Jardell, but was eliminated in Episode 9 for being too muscular.

Wells transitioned from modeling to acing and became a series regular on television show, “If Loving You is Wrong,” (via IMDb.)