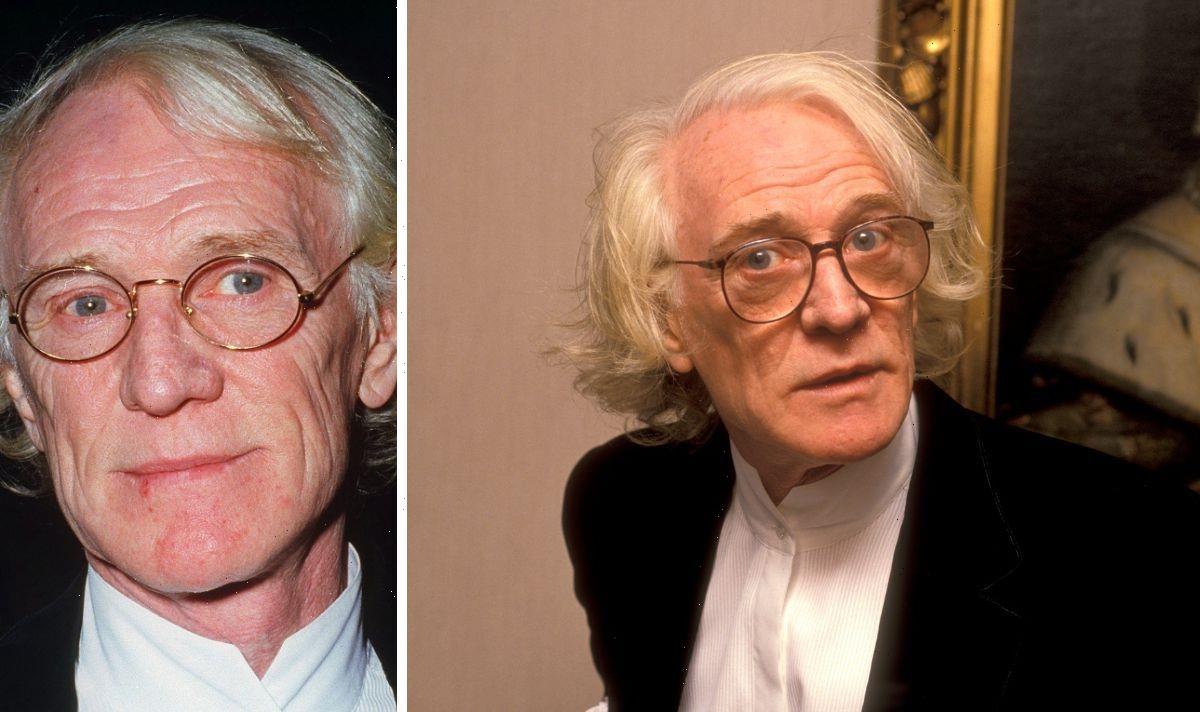 Tuesday, October 25, marks 20 years since Richard Harris died. The legendary Irish actor was diagnosed with Hodgkin’s disease in August 2002 after he was hospitalised with pneumonia. The Cromwell star had, before his death, joked that “it was the food” that killed him as he left his residence at the Savoy Hotel for the final time. He was due to star in the third Harry Potter film, Harry Potter and the Prisoner of Azkaban, but his health deteriorated and prevented him from doing so. Although he had been keen to star in the third installment, Mr Harris had not always been enthusiastic about the films.

In 2001, he revealed that he turned down starring in the first film of the series, Harry Potter and the Philosopher’s Stone, based on the books by JK Rowling, not once but three times.

But when his then 11-year-old granddaughter discovered that he was refusing to take on the role of Albus Dumbledore, the headmaster of the school of witchcraft and wizardry, she managed to convince him to accept.

In an interview with Zap2it.com, the Red Desert star said that each time they asked him to be in the film they would offer more money.

And yet this still did not convince him. It wasn’t until his granddaughter, Ella, who now runs a luxury travel and property company, said she would not speak to him again unless he took on the role that he finally changed his mind.

Recounting how he received three offers, he said: “All I knew is that they kept offering me the part and raising the salary every time they called. I kept turning it down.”

Mr Harris said that he was aware of the huge potential that the film had, but as he was then 71 years old, he was unsure about being roped into a series of films that he would spend the last few years of his life working on.

He continued: “Anyone involved has to agree to be in the sequels, all of them, and that’s not how I wanted to spend the last years of my life, so I said no over and over again.”

Ella got wind of the news, and he recalled: “She said, ‘Papa, I hear you’re not going to be in the Harry Potter movie’, and she said, ‘If you don’t play Dumbledore then I will never speak to you again’.”

He finally agreed to take on the part which resulted in him starring in both the second and third films alongside the likes of Alan Rickman, who played Professor Severus Snape.

Luckily for Mr Harris, acting for Harry Potter did not take too much of his time, amounting to a total of three weeks of work, spread over a few months.

Following Mr Harris’ death in 2002, Michael Gambon then played the beloved headmaster from 2004 until 2011. Mr Harris had asked for the role for Harry Potter and the Prisoner of Azkaban to be held for him, but unfortunately, he died before it was made.

Although Mr Gambon was given the role in the end, many other famous faces were approached including Lord of the Rings star Sir Ian McKellen, who plays the wizard Gandalf.

However, Sir Ian revealed that he did not want to take on the role because Mr Harris did not approve of him and his acting.

In an interview with HARDTalk in 2017, Sir Ian said: “When he died, he played Dumbledore, the wizard. I played the real wizard. When they called me up and said would I be interested in being in the Harry Potter films, they wouldn’t say what part, I worked out what they were thinking. And I couldn’t. I couldn’t take over the part from an actor who I’d known didn’t approve of me.”

Sir Ian added that he would see posters of Mr Gambon starring in the Harry Potter films, and mistakenly believe that it was a poster of him.

He said: “When I see the posters of Mike Gambon… I think sometimes it is me.”