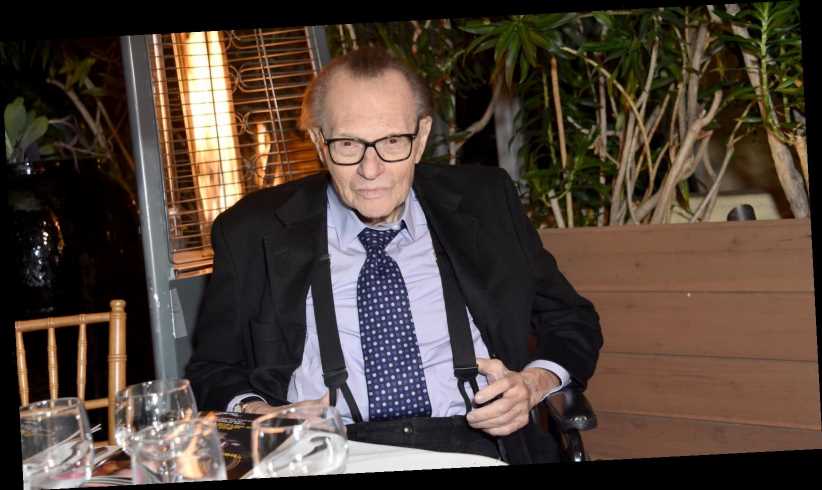 Just weeks ago, we learned legendary TV interviewer Larry King had contracted COVID-19 and was hospitalized. Then, the 87-year-old seemed to be headed in the right direction, and was released from the ICU. Sadly, today People confirms the iconic journalist has died. King’s Twitter account announced his death, posting a photo of the seven-times married radio personality along with the statement, “With profound sadness, Ora Media announces the death of our co-founder, host, and friend Larry King, who passed away this morning at age 87 at Cedars-Sinai Medical Center in Los Angeles.”

The post goes on to pay tribute to King by noting in part, “For 63 years and across the platforms of radio, television and digital media, Larry’s many thousands of interviews, awards, and global acclaim stand as a testament to his unique and lasting talent as a broadcaster.”

While no cause of death was given, it’s worth noting the octogenarian faced several health struggles in his later years, including having had many heart attacks, and facing lung cancer in 2017 (via CNN). It seems he was also never released from the hospital following his coronavirus diagnosis.

Following the news that the longtime CNN staple had died, fans flocked to his social media to pay their respects. “Huge loss for me. Loved him. RIP,” tweeted one follower, while another commented, “So sad. His interviews with Don Rickles gave me life.”

“A good man has gone… Rest in peace,” another fan tweeted. Other fans seemed to express disbelief at the news of King’s death, with one tweeting, “This is wild.” Fans called him “funny,” “kind,” a “legend,” and a “gem,” in endless comments that praised the life and work of a man whose face appeared on television for six decades (via Rolling Stone).

In 2020, the radio host — who is survived by his estranged seventh wife, Shawn, and three children (two of his kids tragically passed away last year) — told People, “I have less of a fear of dying now. I’m 86 and it is what it is. I just want to keep working until the end. I’d like to die at work — I’ll retire right there!”