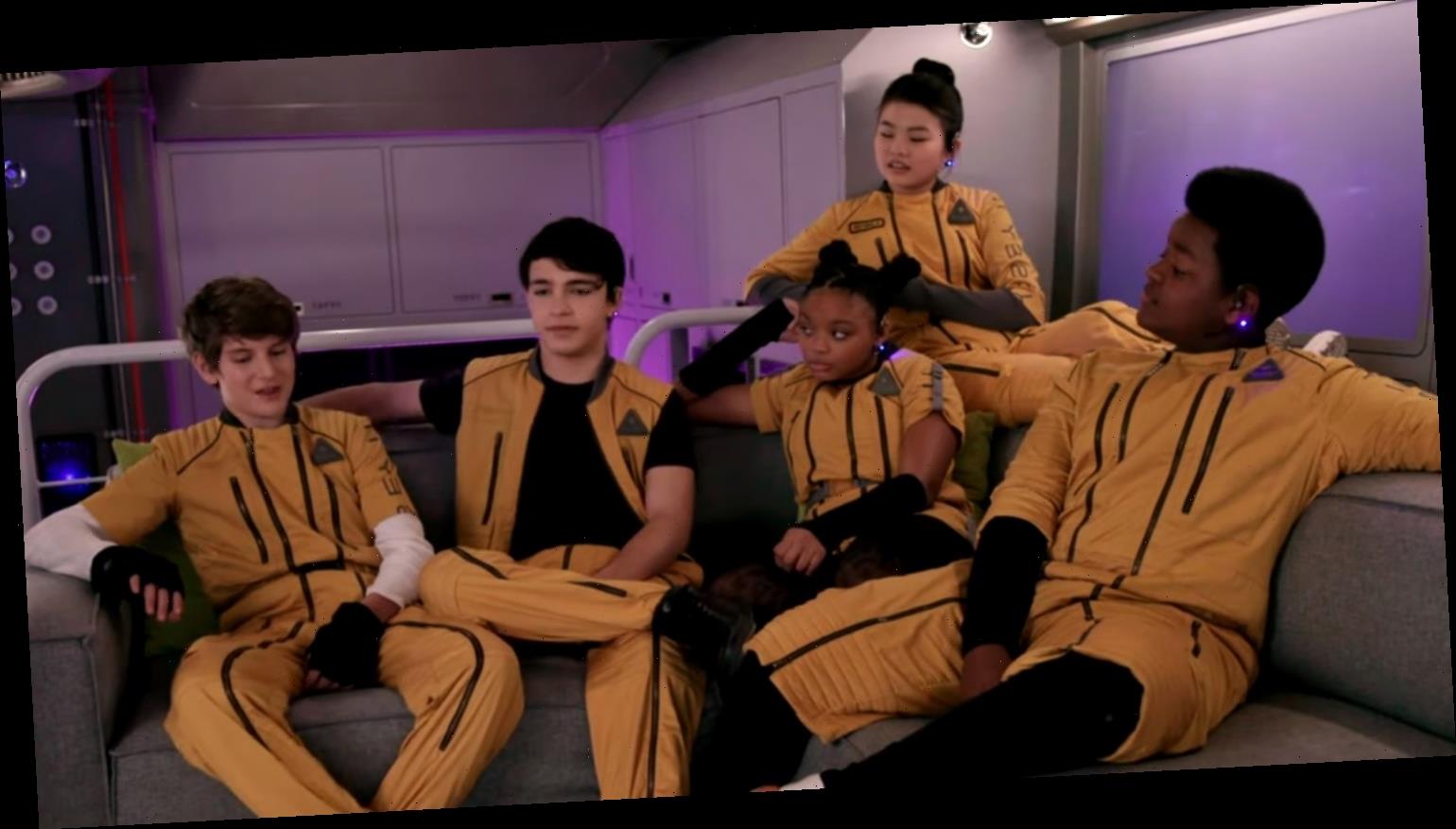 The cast of the upcoming new Nickelodeon series The Astronauts are taking fans behind-the-scenes!

Miya Cech, Ben Daon, Bryce Gheisar, Kayden Grace Swan and Keith L. Williams open up about the show and what it’s like filming when they’re “in space,” and what it takes to make that illusion.

“One of my favorite parts of working on The Astronauts is the zero G. There isn’t any gravity in space, so we get to do a lot of wire work,” Ben said. “Twenty odd feet in the air. Literally redefining ‘hanging out.’”

“It’s like having balloons under your arms, and pretty much just slow motion [movements],” Kayden added.

“The show we’re working on takes place in space, so there’s zero gravity,” he says in the video. “Through many of the episodes, they’re just hanging from the ceiling and we’re floating around, puppeteering them, getting to do what we need them to do.”

If you missed it, be sure to check out the trailer for The Astronauts, and tune in to the premiere THIS Friday (November 13) at 7/6c on Nickelodeon!