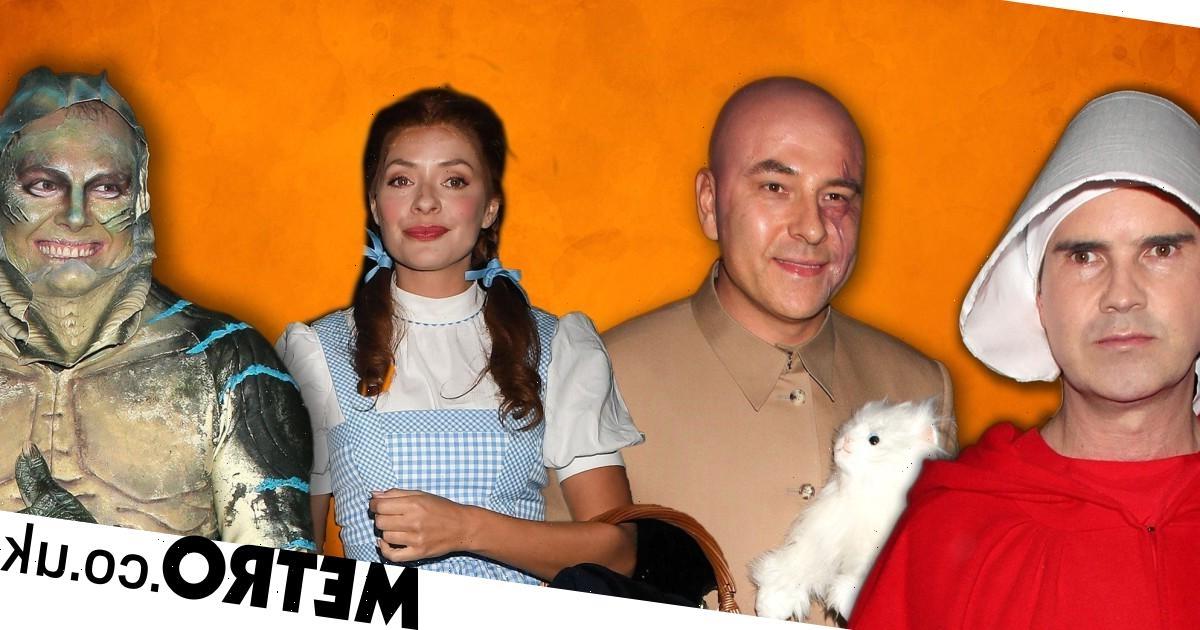 It’s the star-studded shindig we look forward to every year, when Jonathan Ross throws open the doors to his London pile and a steady stream of celebrities, dressed in their spooky best, party on down.

However, for the second year in a row, the TV host has had to cancel festivities, with the Covid pandemic scuppering last year’s Halloween efforts.

Earlier this week Jonathan confirmed that out of respect for one of his kids, who is recovering from Covid and conditions brought on by the illness, 2021 will also be devoid of his famous gathering.

For years we’ve waited with bated breath to see what Holly Willoughby will be dressed as – from seapunk unicorns to Dorothy from The Wizard of Oz – or what potentially headline-grabbing garb David Walliams will present himself in.

The likes of Alan Carr has titillated with his taken on Gemma Collins in the past, while Jimmy Carr is also a solid bet.

Charlie Brooker seldom shows his face (the man loves a mask), and Simon Pegg loves to cover his in garish paint.

So, while we may not have a conga line of celebrities looking weird to gorge on this year, there’s nothing stopping us from having a grand zombie walk down Jonathan Ross Halloween Party lane.

Hosted by the TV presenter and his producer wife Jane Goldman, the couple’s party has become a staple of the scare season, with the British glitterati piling into the pair’s Hampstead home for a night of fun and amazing costumes.

From Konnie Huq as Eleven from Stranger Things to Keith Lemon’s Beetlejuice, the stars show the rest of us how it’s done.

Stranger Things has been a staple over the years, with Dermot O’Leary and Dee Kopang riffing on the Scoops Ahoy sailor outfits of the series.

In other years, Stacey Solomon has been a very Pretty Woman, while Jack Whitehall has been, well, terrifying.

We’ve had quite a lot of garish clowns over the years, with Gok Wan and Noel Fielding repping the Halloween genre favourite.

Party-staple Simon Pegg aced the Devil one year while, and we promise this totally isn’t related, David Walliams dressed as Donald Trump in 2016.

Alan Carr has to be one of our annual favourites, though.

In 2019, the last time we were blessed with this party, the Chatty Man comedian donned a costume a la The Shape Of Water, dressing as the humanoid fishman of our nightmares.

He’d previously aced the brief when he sported an iconic outfit of Gemma Collins’ in 2017, adding some ghoulish make-up…because it’s…you know…halloween.

2019 saw some most spectacular outings, including David Walliams as Bond antagonist Blofeld, and Jimmy Carr as a good ol’ Handmaid.

Most special shout out to Aisling Bea as Wagatha Christie, though, as she sported a blown-up version of Coleen Rooney’s infamous post name-dropping Rebekah Vardy.