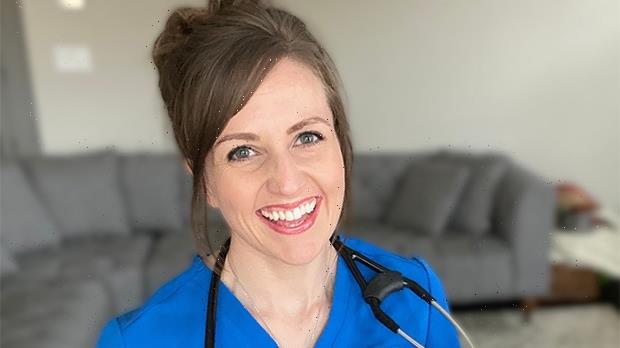 Dr. Danielle Jones is a Texas obstetrician / gynecologist and mom of four and she is terrified that pregnant women in Texas, will lose their lives under the state’s near total ban on abortion. Here’s why.

Savita, a beautiful, 31 year-old dentist in Ireland was thrilled to be pregnant with her first baby.  All was going blissfully well in her pregnancy until at 17 weeks she developed severe back pain. Sadly, she had begun to miscarry but when her body didn’t expel the fetus, doctors refused to give her an abortion –  it was against the law. Despite pleas from Savita and her husband as she grew sicker from an infection in her uterus which spread throughout her body, the hospital refused to terminate her unviable pregnancy.

She died just days later from a “septic miscarriage”.

This is exactly the type of scenario that Dr. Danielle Jones , a board certified OBGYN based in Austin,  warns will happen to women in Texas, now that Texas’s draconian anti abortion law, called “SB8”, has been temporarily re-instated by the highly conservative 5th U.S. Circuit of Appeals, after being frozen by U.S. District Court Judge, Robert Pitman. The US Justice Department has now asked for that temporary re-instatement to be stopped so that abortions can go forward in Texas. But for now, they are once again banned after 6 weeks of pregnancy.

Today , Texas women face the reality of two threats since it is virtually illegal to obtain an abortion in Texas, even if they are a victim of rape or incest. The only exception allowed by the new law is if they face imminent death due to the pregnancy.  Under SB 8 a physician must believe ‘a medical emergency exists that prevents compliance’ with the law and has “necessitated the abortion”. Click here to view the SB-8 Texas law online. 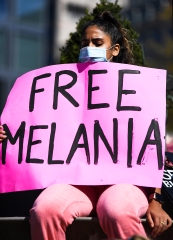 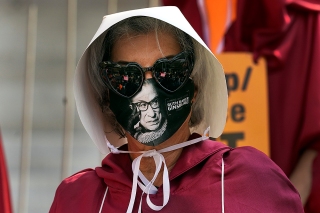 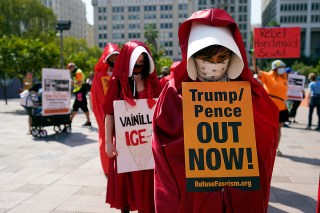 The first threat is that thousands of Texas women every year will not be able to obtain an abortion in the state to end their unwanted and unplanned pregnancies. Those who can’t afford or can’t leave their children or jobs to go out of state, will be forced to carry babies they can’t support and don’t want. 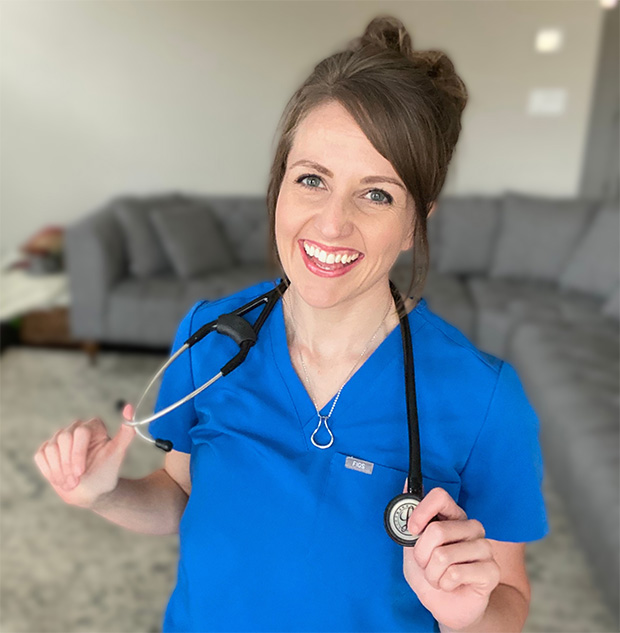 But second: There will be many women who face potentially dying because like Savita, they face life threatening pregnancy complications, even with very wanted pregnancies. And yet their doctors will be too afraid to perform an abortion which will save their lives.

Texas is the country’s second largest state in the country with 29 million people and almost 400,000 babies born each year – that means there are thousands of women who have pregnancy complications each year.

Now, some of those women will die unnecessarily thanks to the new abortion ban.

“I would be shocked if it (women dying) hasn’t already happened. Texas is a huge state. People think these things are really rare but these are things we deal with on a weekly basis, warns Dr. Jones, who has a following of 1 million on her YouTube channel,  Mama Doctor Jones , where she answers common questions that people have about female reproduction like “How is an IUP put in?”.

Dr. Jones wants American women – especially those in Texas to know that they could face life threatening conditions when they get pregnant, and that their doctors may now not be able to give them the best possible and life-saving medical care that they desperately need. 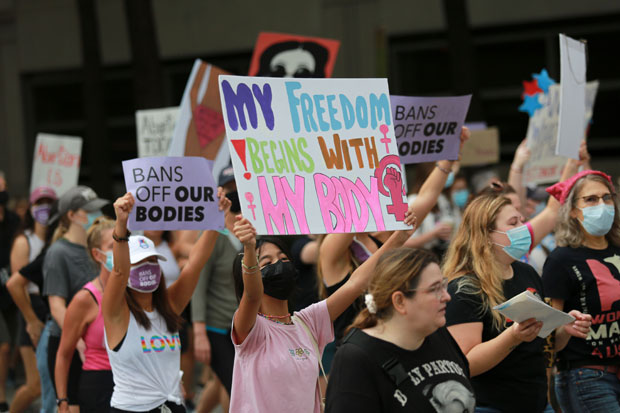 “When can I call it an ‘emergency’?”, Dr Jones wonders to HollywoodLife, in an EXCLUSIVE interview. She points out that the new law does nothing to define a “medical emergency”, which would allow an abortion to be performed legally, simply leaving it up to the doctor’s “belief”, that it is “necessitated”.

She describes scenarios she has seen: a mom who has a “severe cardiac disorder and she’s on birth control because if she gets pregnant, she could die”, but nevertheless her birth control fails and she gets pregnant. “You know her life is in danger. She may have a 50% chance of dying over the course of the pregnancy, but it’s not an ‘emergency’”, she points out. “Can I intervene, then? Probably not. I have to wait until she’s sick and her life is literally in danger.”

“Should I have to wait to perform an abortion until the pregnancy is actually in the process of killing her?”, she asks.

Another scenario she has seen: a young woman who is finally pregnant through IVF, finds that she is leaking amniotic fluid at 16 weeks of pregnancy. Now, she is at risk of infection because she has lost that amniotic fluid. The safest thing to do for the woman’s health is to end the pregnancy but it’s not yet an “emergency”.

“What happens in this situation is that most of these patients will end up getting a fever and start getting sick. And as soon as that happens, even though that probably would be a reasonable reason to intervene, even with this law, what happens is that you’ve increased their risk of losing their uterus or losing their life in the process of ending this pregnancy”, she says. She explains that once a woman gets sick with an infection in the uterus, their uterus often won’t stop bleeding plus the infection can seep into their bloodstream threatening to spread sepsis throughout their bodies. (This is what happened to Savita). A hysterectomy will be needed at that time, to save their life.

“Life threatening is not easily defined – it’s not, you’re fine one minute, and then your life is in danger.,” she points out. “It’s a gradual grey process… it’s almost impossible if you’re trying to go by the letter of this law”.

Dr. Jones also wants Texas women to understand that under the state’s new law, they will also be forced to carry fetuses with what she calls “lethal anomalies” to full term. She is talking, for example, about fetuses that have no brains at all that will live for a time after birth before dying or fetuses that didn’t develop kidneys. Without kidneys, the fetuses don’t develop lungs so once they are born, they can’t breathe. These babies will suffocate one they are born.

Texas’s cruel anti-abortion law will force women to carry these babies with no hope of survival for nine months, only to have to watch them suffer and die after birth.

“You’re not forced to keep your dying family member on life support if they aren’t going to get better, then you shouldn’t be forced to continue pregnancy like this”, believes Dr. Jones. “I see people say, these are only 2% or 5% of abortions, or whatever number they’re throwing around. And answer to that is, ‘who cares what percentage it is no amount of anybody being forced to suffer is acceptable.”

And she adds, “if you’re forcing somebody to go through a situation which threatens their life, that’s an unacceptable overstep of politicized healthcare.”

Despite the Texas law, being enforced by “civilian Gestapo”, as Dr. Jones describes it (any person in the country can now legally sue anyone without evidence, that they suspect of enabling or aiding a woman get an abortion) she insists that she will continue to “do the best thing for my patients. I will make sure that they get the best care on their worst day. And if someone wants to sue me for that, then let’s go.”

In other words, she will honor her Hippocratic oath – something the Texas legislature is banning the states’ doctors from doing: “To treat the ill to the best of one’s ability, to preserve a patients privacy,” reads the oath.

She finds it shocking that Texas’s general public is being pitted against physicians. As well, she doesn’t even know how doctors can defend themselves against lawsuits even if they acted to save a women’s life and the women consented. “Am I allowed to bring a patients’ medical records to court – this is a HIPPA violation (a violation of the patients’ privacy). I can’t even bring my medical documentation ( into court) and say, look this was an acceptable reason to perform (the abortion).”

She also worries that a doctor could save a woman’s life and still be nightmarishly sued by another member of her family, who didn’t believe that her life had truly been endangered. Then, on the flip side of the coin, if you don’t intervene, because you feel like you can’t, because you’re worried about legal action, you end up in a medical malpractice situation.”

The Texas legislature and Texas Governor Greg Abbot have truly created a nightmare situation for both the state’s women and the state’s doctors.

“It’s really a no-win situation for people trying to do their best to care for patients.” Dr Jones wants American women to know, “Anytime you interfere with a physician’s ability to make decisions purely based on medical indication, you put patients at risk.”

Is that what Texas women and men want for themselves? Want for their families? Want for the doctors who are supposed to care for them to the best of their abilities, but now aren’t legally allowed to?

And Texas isn’t the only state that could soon have a ban on abortion. The Supreme court will consider a Mississippi abortion law on Dec 1, that could very well result in Roe v. Wade being overturned after almost 50 years. Several other states are poised to put laws as restrictive as Texas’s, into place, if Roe v. Wade is no longer the law of the land.

That means, that Dr. Jones’s fears for the lives of Texas women will be extended to the lives of women in numerous American states. Is this how American women want to live – robbed of the choice to make their own child bearing decisions ? And even potentially dying because they and their doctors can’t legally save their lives?