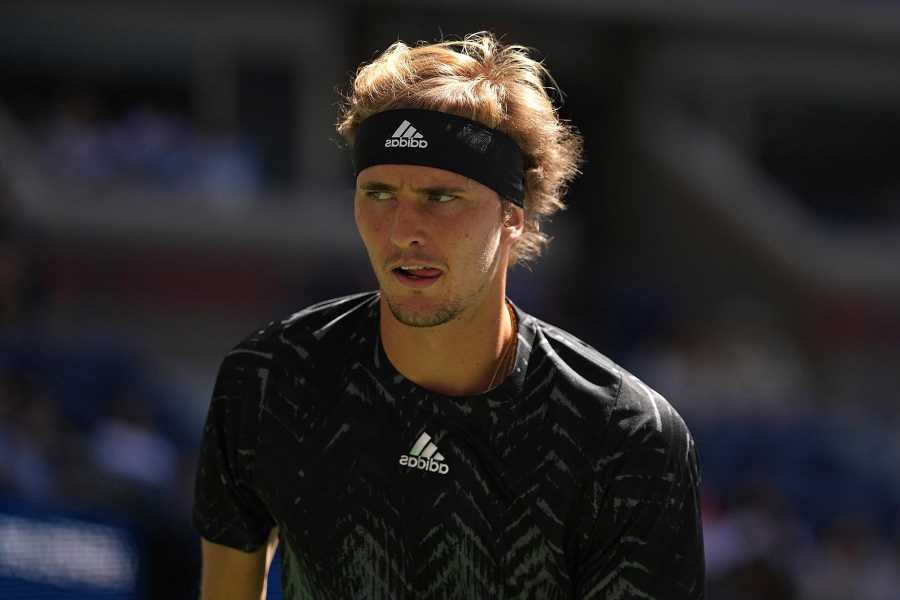 If he wins his semifinals match at New York’s Arthur Ashe Stadium on Friday, Novak Djokovic will be one step closer to winning a Grand Slam at this year’s U.S. Open. But the stakes are even higher for Djokovic’s competitor, Alexander “Sacha” Zverev: if he wins on Friday, it will bolster the 24-year-old tennis star’s rising reputation as heir-apparent to the singular stardom enjoyed by legends like Djokovic, Roger Federer, and Rafael Nadal.

Zverev’s ascendency — he won a gold medal in the Tokyo Olympics last month — has also renewed scrutiny of domestic violence accusations leveled by his ex-girlfriend. It also raises new questions about whether the Association of Tennis Professionals (ATP) bungled its handling of those allegations, two of which were said to have taken place at ATP tournament sites. Now, at least one of Zverev’s colleagues on the tour is slamming the tennis organization’s mishandling of the events, and raising questions about whether its failure to take them seriously is doing damage to the sport at large.

“I’m embarrassed and disappointed in the ATP and the other governing bodies’ response to this situation,” Canadian star Milos Raonic, a former Top 3 player in the world, tells Rolling Stone.

Zverev’s ex-girlfriend Olga Sharypova, who competed in International Tennis Federation junior circuit matches as a teen, first accused him of abuse in an October 2020 interview with Russian website Championat. She went on to detail her allegations against Zverev to reporter Ben Rothenberg in a pair of stories published by Racquet and Slate.

Over the course of her 13-month relationship with Zverev, Sharypova said she suffered both emotional abuse and multiple instances of physical violence. She claimed that Zverev slammed her head into a wall, and — while in New York for the U.S. Open in 2019 — suffocated her with a pillow. During other incidents, Sharypova says Zverev punched her in the face, choked her, and shoved her, leaving her with bruises on her face and arm. The abuse escalated so much, Sharypova said, that she eventually was driven to self-harm, injecting herself with insulin — an act that she knew could fatally lower her blood sugar. (“I just wanted to leave in some way,” Sharypova said at the time, “because I can’t stand it anymore.”)

In a statement posted to Twitter last month, the tennis star “categorically and unequivocally” denied abusing Sharypova, adding that he “fully support[s] the creation of an ATP domestic violence policy.” (Reps for both the crisis PR firm representing Zverev and the ATP did not respond to requests for comment.)

Sharypova has not pursued criminal charges against Zverev and has no plans to file a civil suit. When questioned about the allegations against Zverev in the past, the ATP has said it will wait for legal investigations to run their course. Once “due process is applied, we then review the outcome and decide the appropriate course of action,” ATP said in a statement to Slate.

But among players on the circuit, uncomfortable questions have circulated about ATP’s responsibility to investigate serious accusations leveled against one of its most talented young players. “Should the ATP have done something, and been involved, to protect the sport? Yes,” Raonic tells Rolling Stone. ”I felt like they were a little bit hush-hush about the whole thing, and just waiting for it to pass.”

But even in the absence of a civil or criminal case, there appears to be more that the ATP could do. The tour’s rulebook states that “players shall not at any time physically abuse any official, opponent, spectator or other person within the precincts of the tournament site”; two of the alleged abuse incidents Sharypova has spoken about publicly are said to have taken place at hotels that were part of an official tournament site.

There is precedent for the ATP to investigate such incidents — and potentially punish Zverev if the claims were substantiated. In 2013, the ATP suspended John Tomic, the father and coach of Australian tennis player Bernard Tomic, after he headbutted his son’s partner in front of a tournament hotel.

“It’s in our rulebook,” Roanic says. “There have been other events that have happened at tournament hotels where the ATP has responded by looking into it, and at those times they felt it was necessary to respond with some level of punishment.”

For his part, Roanic says, at the very least, there should be more of a public recognition of the accusations against Zverev in the media coverage of the U.S. Open. “At least it should be acknowledged,” he says of Zverev, who is currently ranked fourth in the world. “I don’t know if it has been.”