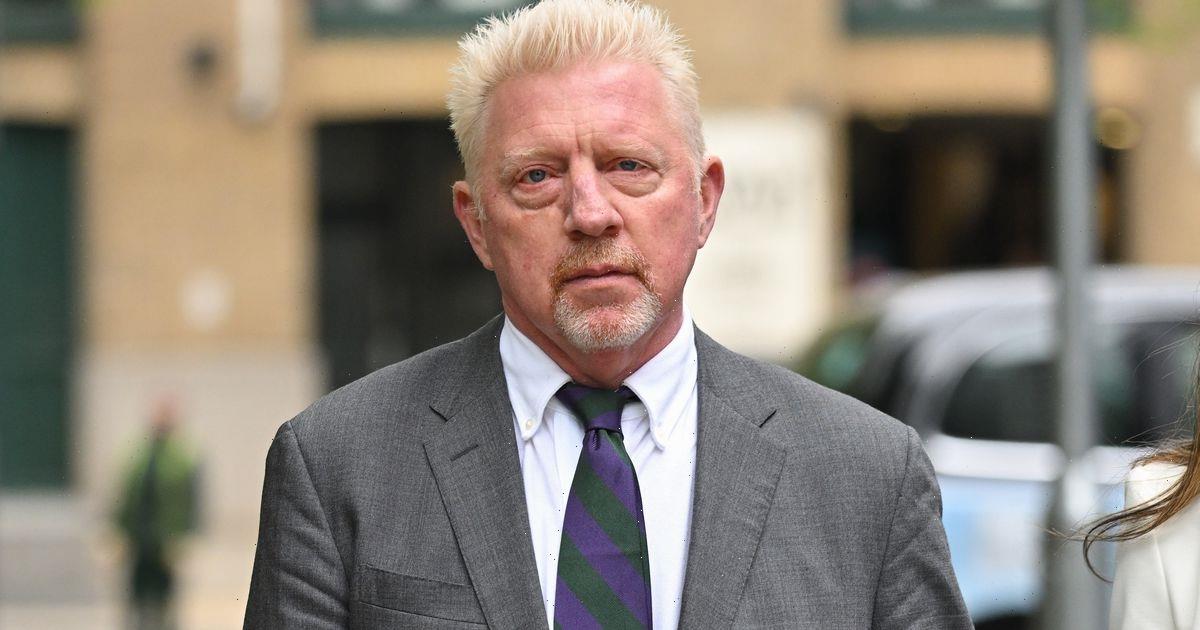 Boris Becker has been released from jail after serving just eight months of his sentence and now faces deportation from the UK.

The three-time Wimbledon champion was jailed for two-and-a-half years in April for hiding £2.5 million of assets and loans to avoid paying his debts.

The former world number one and BBC commentator was declared bankrupt on June 21 2017 – owing creditors almost £50 million – over an unpaid loan of more than £3 million on his estate in Majorca.

The 55-year-old German, who has lived in the UK since 2012, was expected to serve half of his sentence behind bars but was released on Thursday morning and is due on a flight to be deported from the UK, the PA news agency reported.

He is thought to have been transferred to a lower security jail for foreign criminals awaiting deportation in May – Category C Huntercombe Prison near Henley-on-Thames in Oxfordshire – after previously reportedly being held at Category B Wandsworth Prison in south-west London.

The six-time Grand Slam champion qualified for automatic deportation because he is a foreign national who does not have British citizenship and received a custodial sentence of more than 12 months.

At the time of his sentencing, Judge Deborah Taylor said that Boris ignoring previous warnings led to a harsher sentence.

"You did not heed the warning you were given and the chance you were given by the suspended sentence and that is a significant aggravating factor,” she said.

Speaking directly to the tennis player, she continued: "I take into account what has been described as your fall from grace.

"You have lost your career and reputation and all of your property as a result of your bankruptcy."

"You have not shown remorse, acceptance of your guilt and have sought to distance yourself from your offending and your bankruptcy,” she added.

"While I accept your humiliation as part of the proceedings, there has been no humility."

Boris’ lawyer Jonathan Laidlaw QC said that the legal issues had been "the most public humiliation" and a “fall from grace.”

"Boris Becker has literally nothing and there is also nothing to show for what was the most glittering of sporting careers and that is correctly termed as nothing short of a tragedy," he explained.

"These proceedings have destroyed his career entirely and ruined any further prospect of earning an income.

"His reputation is in tatters. He will not be able to find work and will have to rely on the charity of others if he is to survive."