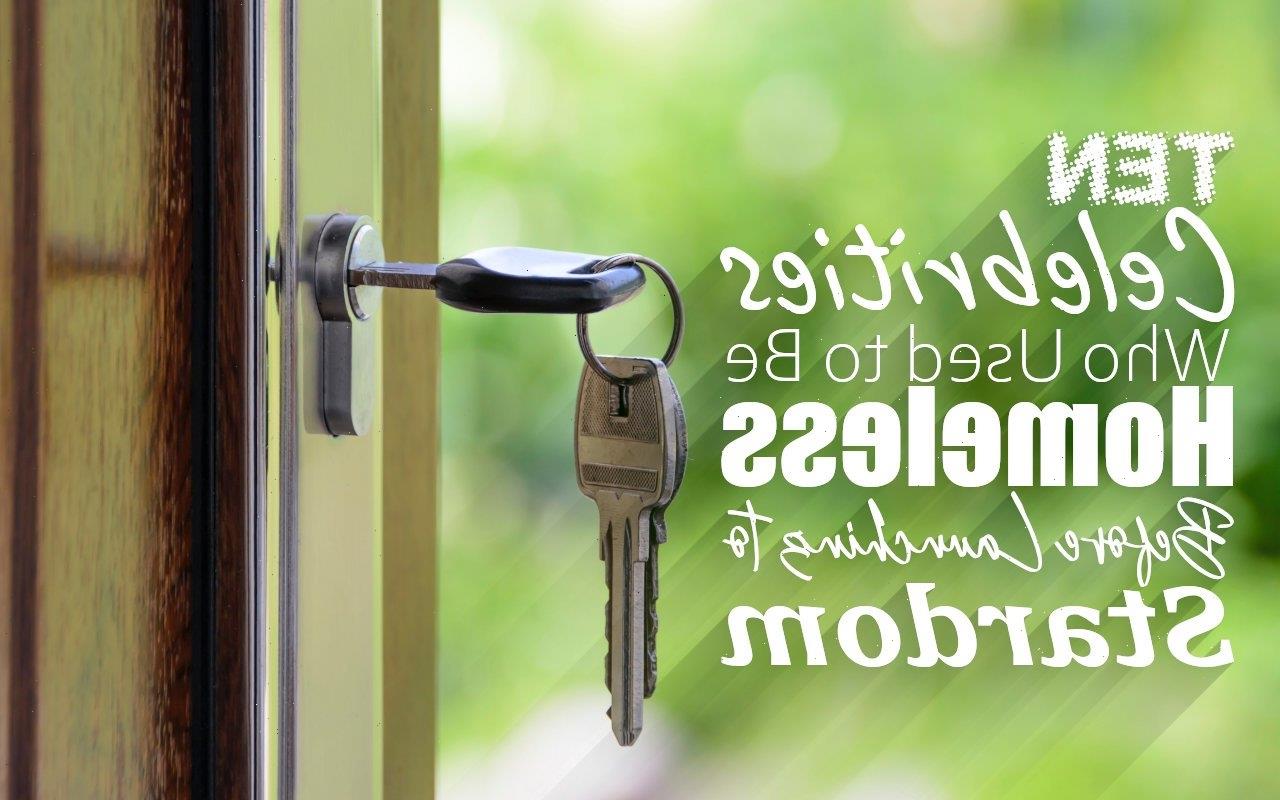 Some celebrities share that they had to live in a homeless shelter before their career finally took of, while one was even forced to live at a bus station after being kicked out of flat.

AceShowbiz -Everyone has their own struggles and that also includes celebrities, who are now living a lifestyle of 24/7 glamor and wealth. Believe it or not, some of them had a rough journey to reach where they are currently at.

At one point of their lives, some stars admitted that they didn’t even have a roof over their head. Some of these celebrities shared that they had to live in a homeless shelter before their career finally took off. One of them was even forced to live at a bus station after being kicked out of flat.

Find out stories about these celebrities regarding their past struggles before finding fame. 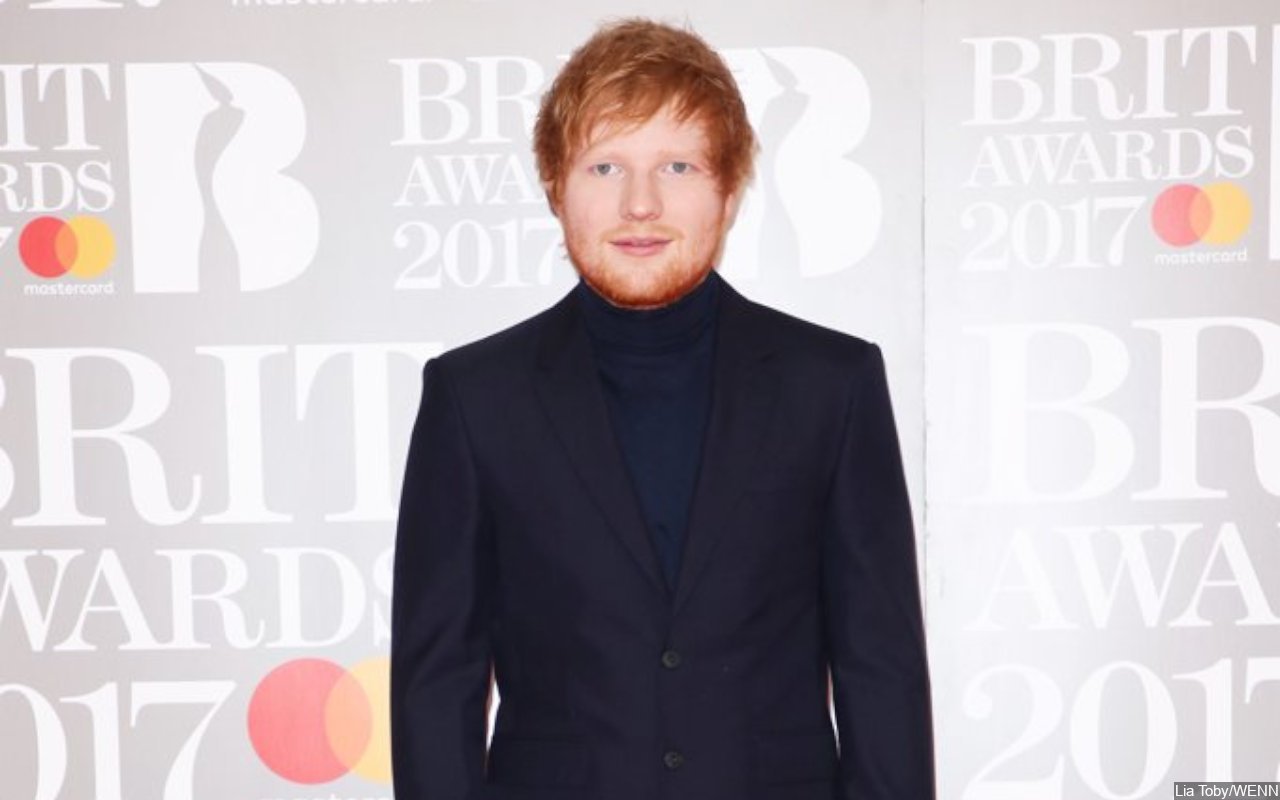 Ed Sheeran is undoubtedly one of the most successful musicians in the world. The “Shape of You” hitmaker, who took the music industry by storm with his debut single “A-Team” in 2011, revealed on his book “A Visual Journey” that he once had to sofa-surf at friends’ homes and even sleep on the London Underground.

“I went without a bed for some nights, that’s it,” the chart-topping British singer penned on the book. “It’s just that I didn’t have a place to stay [those nights], so I slept on the Central Line and outside Buckingham Palace. That’s just what I did.” 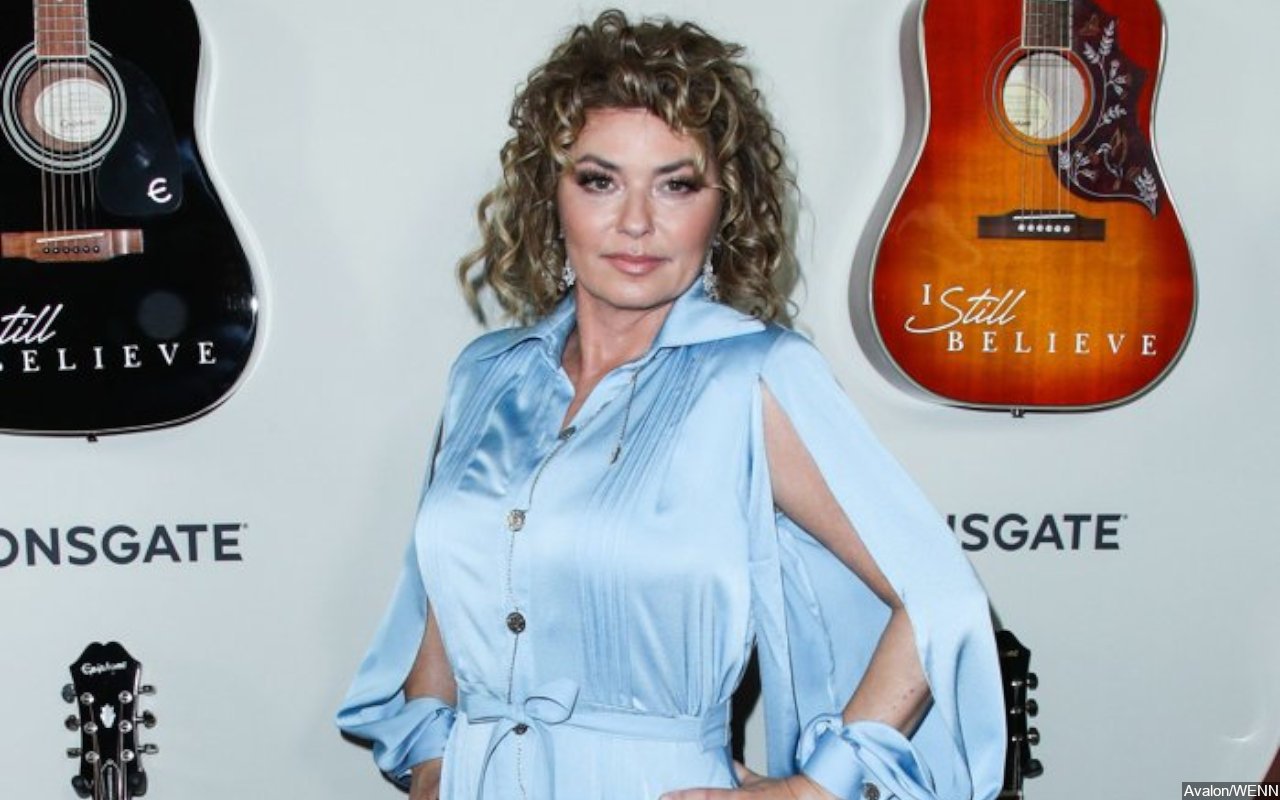 Shania Twain experienced harsh world when she was young, having grown up in an abusive household. The country superstar shared that when she was younger, she lived in a homeless shelter in Toronto alongside her mother and siblings.

“Mom got out of the car to use a pay phone while we sat and waited in the car, returning a few minutes later with a piece of paper on which she’d scribbled the address of a homeless shelter,” the Grammy-winning singer recalled. “That night, we slept in a crowded, sweltering place on cot-like beds spread out along the walls of a series of spacious, open rooms designed for large groups.” 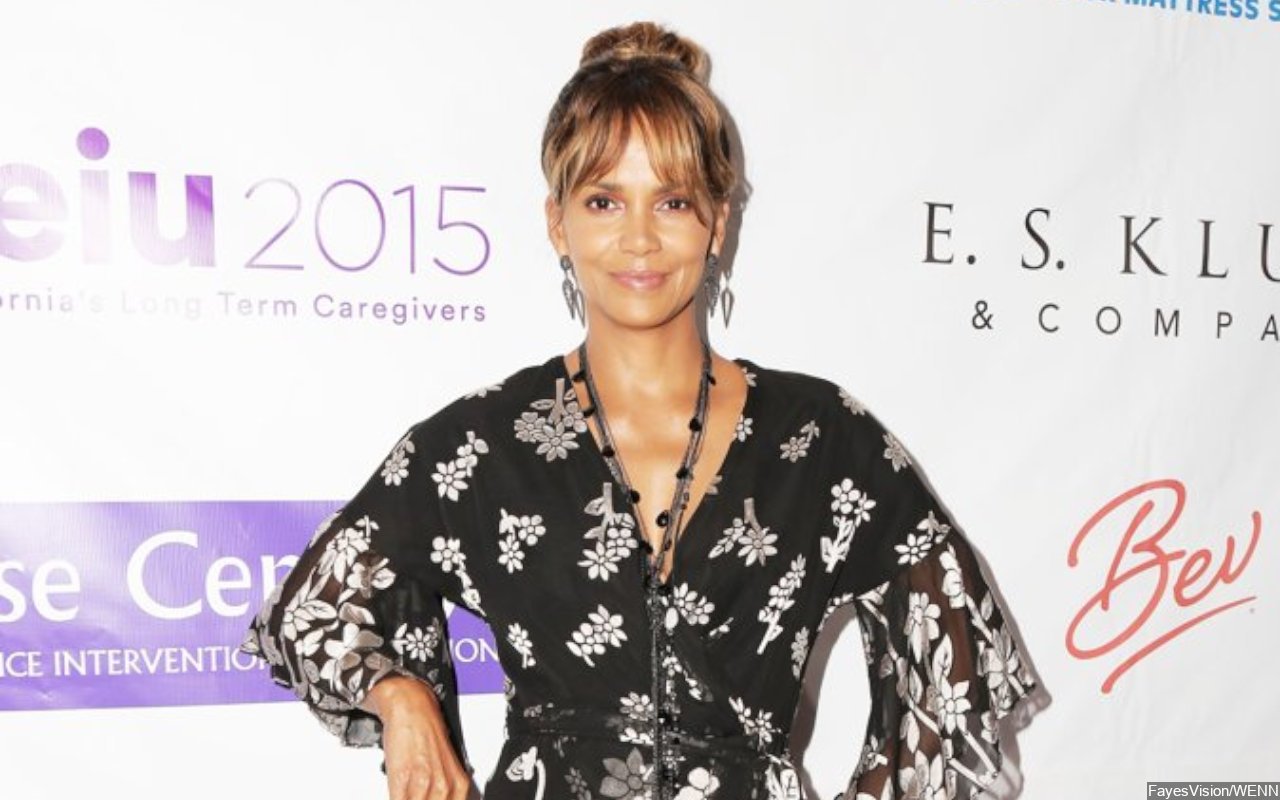 Halle Berry kicked off her career as a model with a rough start. After moving out of her parents’ house when she was 21 years old, things didn’t work out for her immediately. That prompted her to live in a homeless shelter in New York.

“I took my modelling money and I thought, ‘Oh, I’ve got some cash!’ When you get to New York, three months later I was out of cash and I called my mother and asked her to send me some money and she said no,” the “John Wick: Chapter 3 – Parabellum” actress told PEOPLE. However, Halle didn’t resent her mom. Instead, she felt it only made her stronger. 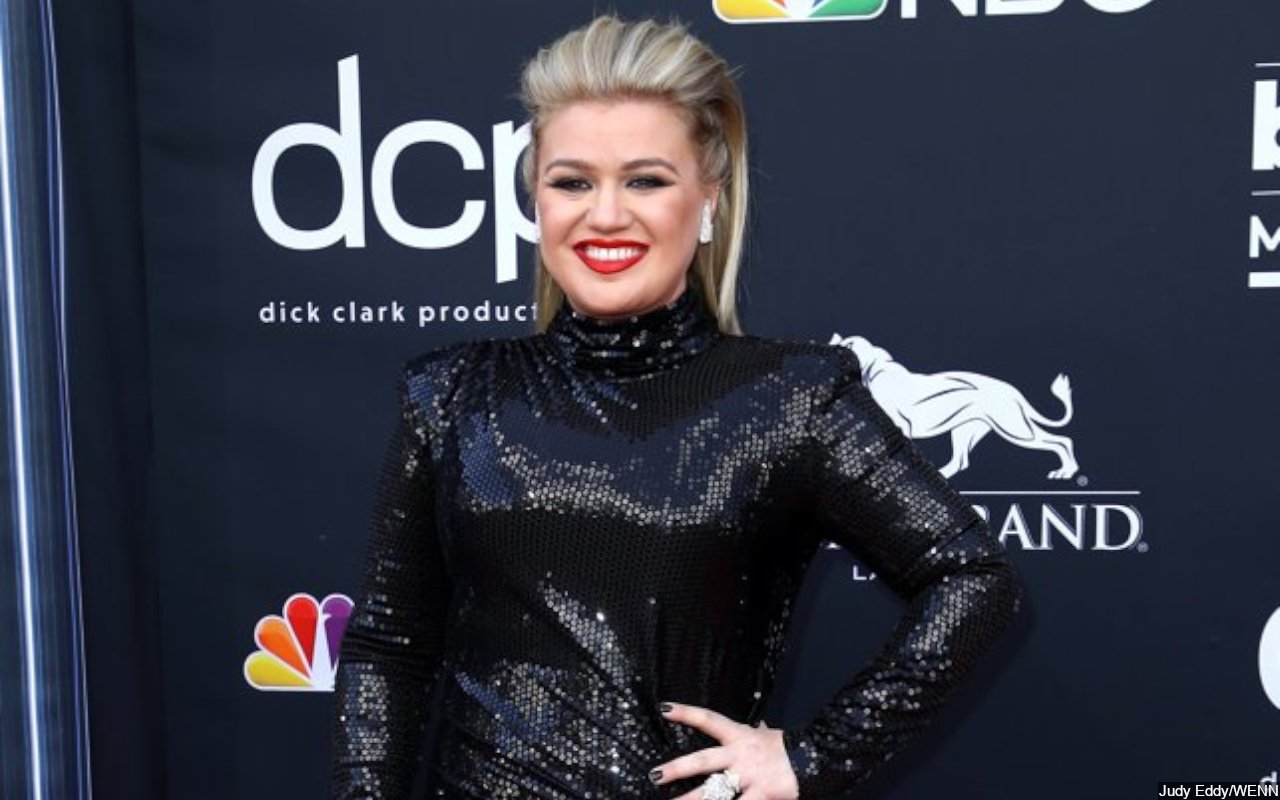 Kelly Clarkson literally had nothing before making her breakthrough on “American Idol“. The “Because of You” hitmaker shared that her L.A. home burned down, forcing her to sleep in her car. Later, she went back to her hometown in Texas until she decided to audition for the first season of “American Idol” in which she ended up as the winner.

“The Kelly Clarkson Show” host added that during the audition, she had nothing with her including clothes. “Literally, I had to make that top to go to this audition. I had like no clothes, no nothing,” she told CNBC. 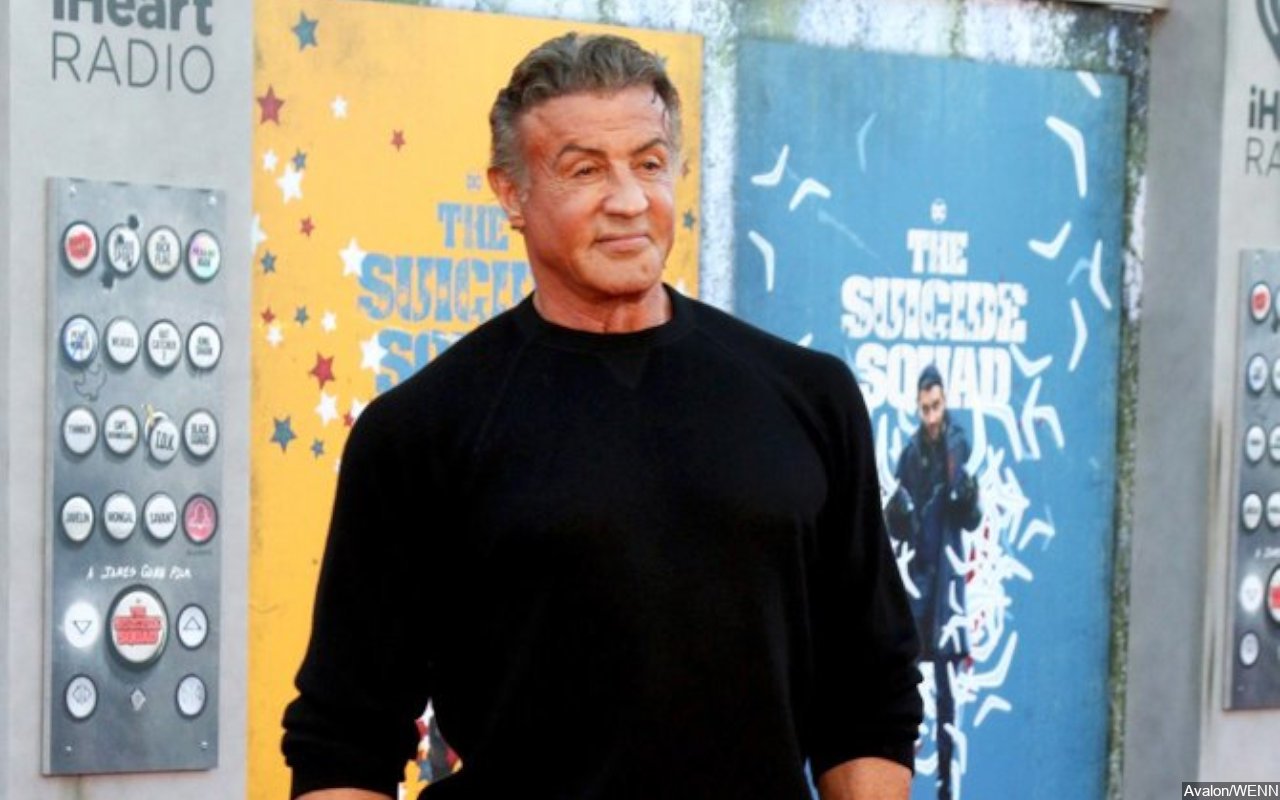 Sylvester Stallone may be a veteran actor now, but the “Rocky” actor used to have a rough past. Back then, the actor was homeless and had to sleep at the Port Authority bus station in New York City for three weeks after being kicked out of his New York flat.

“I was broke and basically sleeping in the Port Authority bus station for three weeks straight. Instead of doing something desperate, I worked for two days for US$200 and got myself out of the bus station,” “The Expendables” actor explained to Total Film. 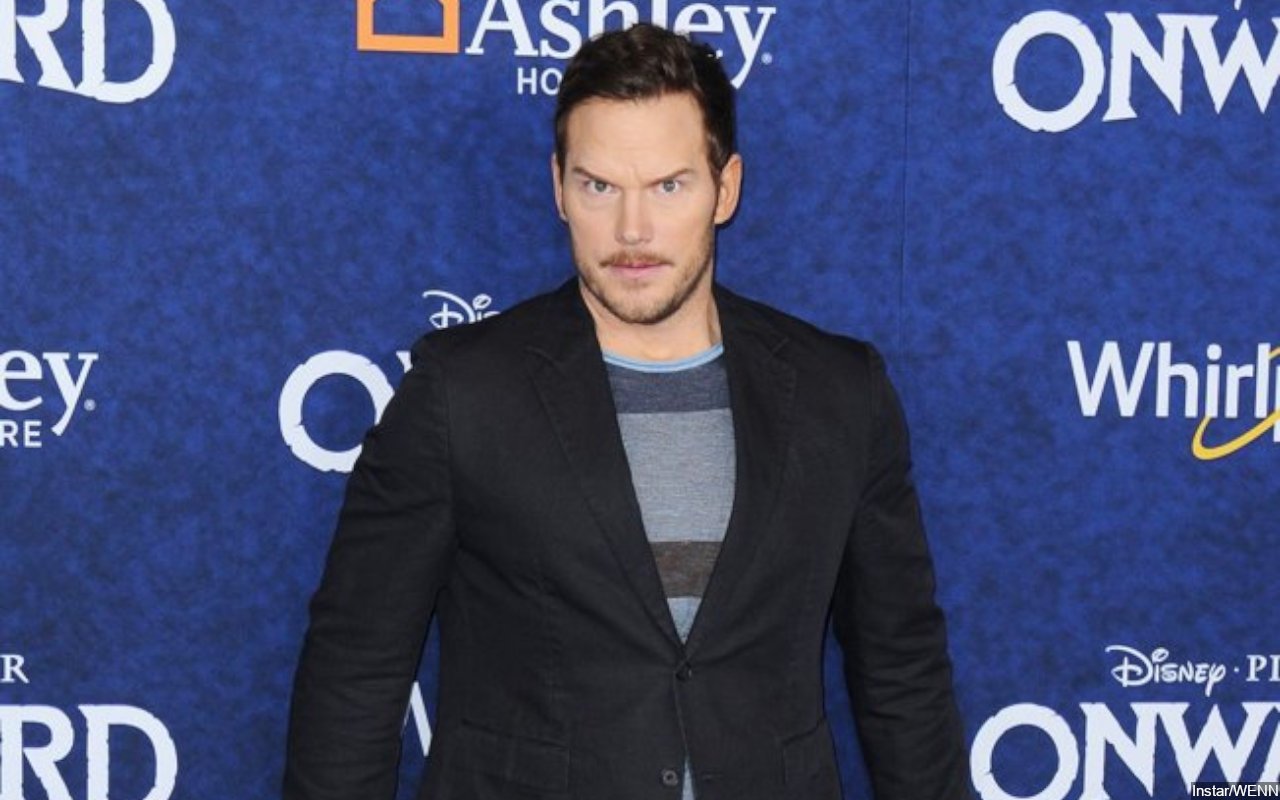 Before finding fame, Chris Pratt shared that he used to be sleeping in a van. At the time, the “Guardians of the Galaxy” actor also worked any minimum-wage job he could get while living in Maui, Hawaii.

Recalling the time, the Star-Lord depicter told The Independent newspaper that it was actually “pretty awesome place to be homeless.” He went on to say, “I worked minimal hours, 15-20 hours per week, just enough to cover gas, food and fishing supplies. You know, it was charming time.” 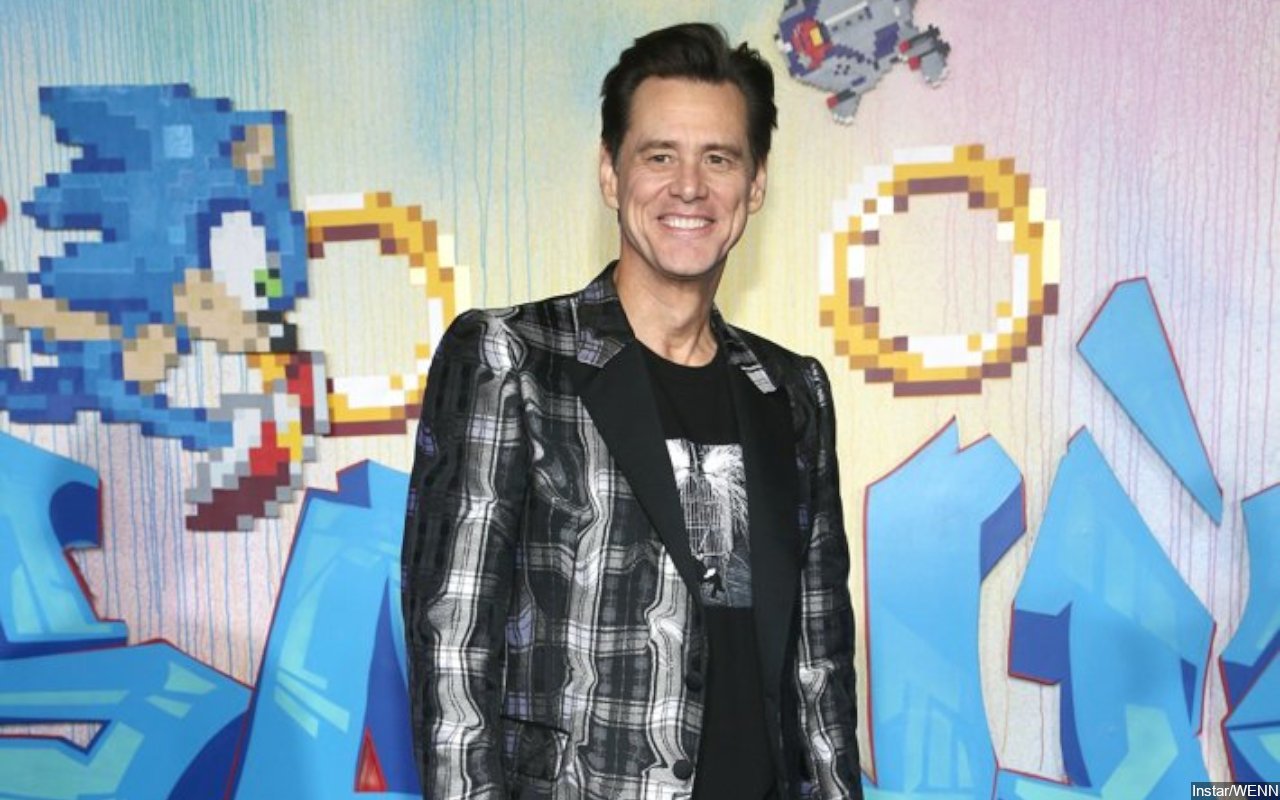 Also having a tricky start in life was Jim Carrey. The comedian’s father was suddenly let go from his job and that forced his entire family to move into a van to save on rent. He opened up about the dark period in his life in an episode of “Inside The Actor’s Studio”.

The “Dumb & Dumber” star explained, “That was really a traumatic kick in the guts. We lived in a van for a while. I was going to school and after school I was doing an eight-hour shift in a factory.” 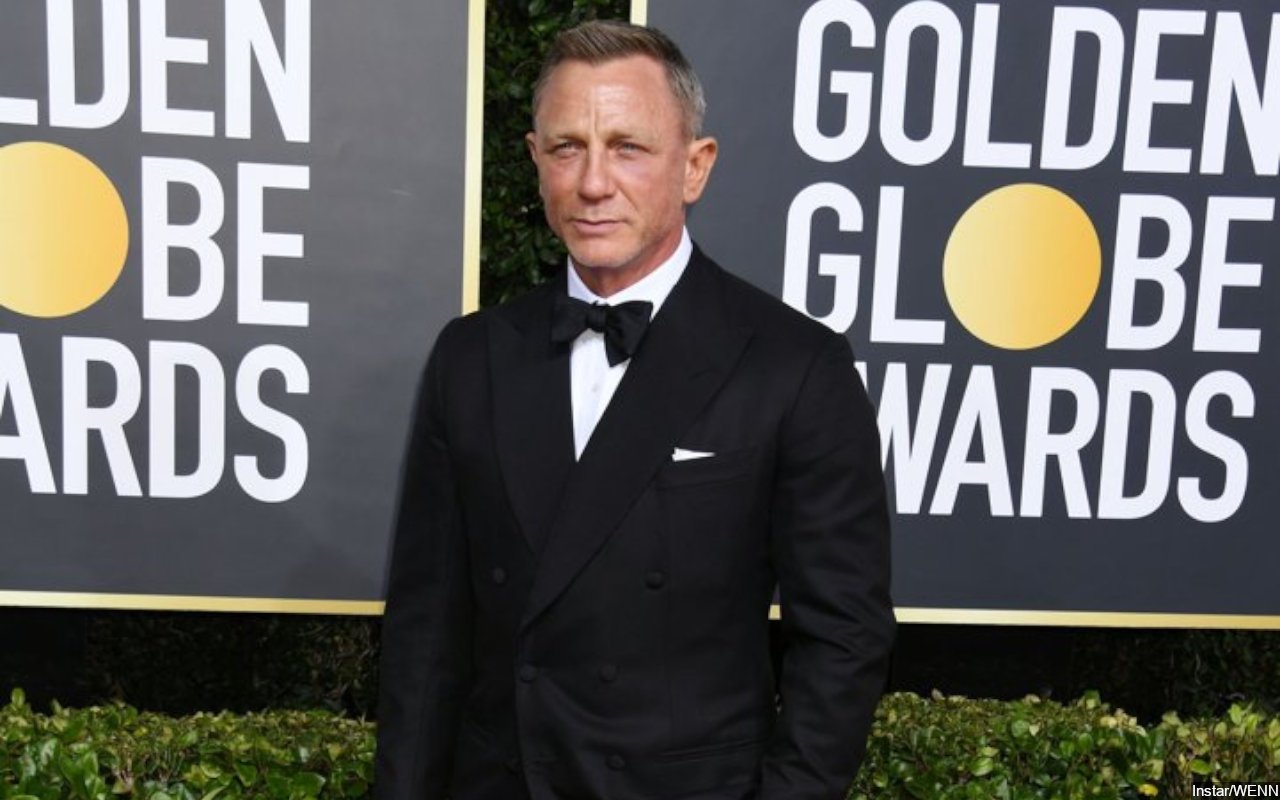 Earlier this year, Daniel Craig was named as the highest-paid actor in 2021. But years before that, the actor, who was known for his role of James Bond, didn’t even have a house where he could take a rest.

The “No Time to Die” actor shared that he was once homeless and slept on park benches in London. He stayed like that until he got acting jobs. Thankfully, it was just in the past. The British star earned him around 100 million dollars thanks to the next two sequels of “Knives Out“. 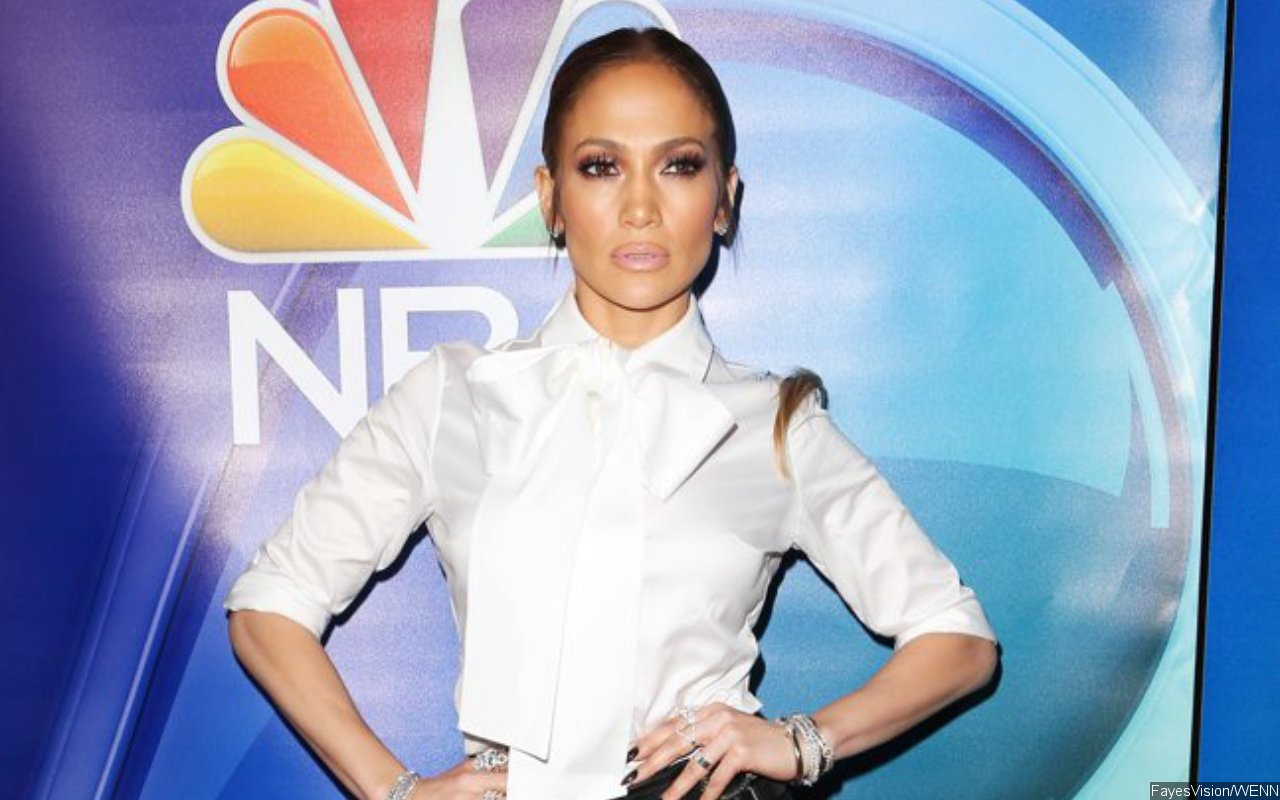 Jennifer Lopez is someone who has strong determination and isn’t afraid to take a risk. Since she was young, the “Let’s Get Loud” hitmaker knew that she wanted to be a dancer. Her mom, however, wanted her to go to college.

That led to an argument which prompted her to move out of her family home and crash on a sofa at a dance studio. “I was homeless, but I told her, ‘This is what I have to do,’ ” J.Lo told W Magazine. The “Jenny from the Block” singer then landed a contract as a backing dancer with Janet Jackson that eventually launched her to stardom. 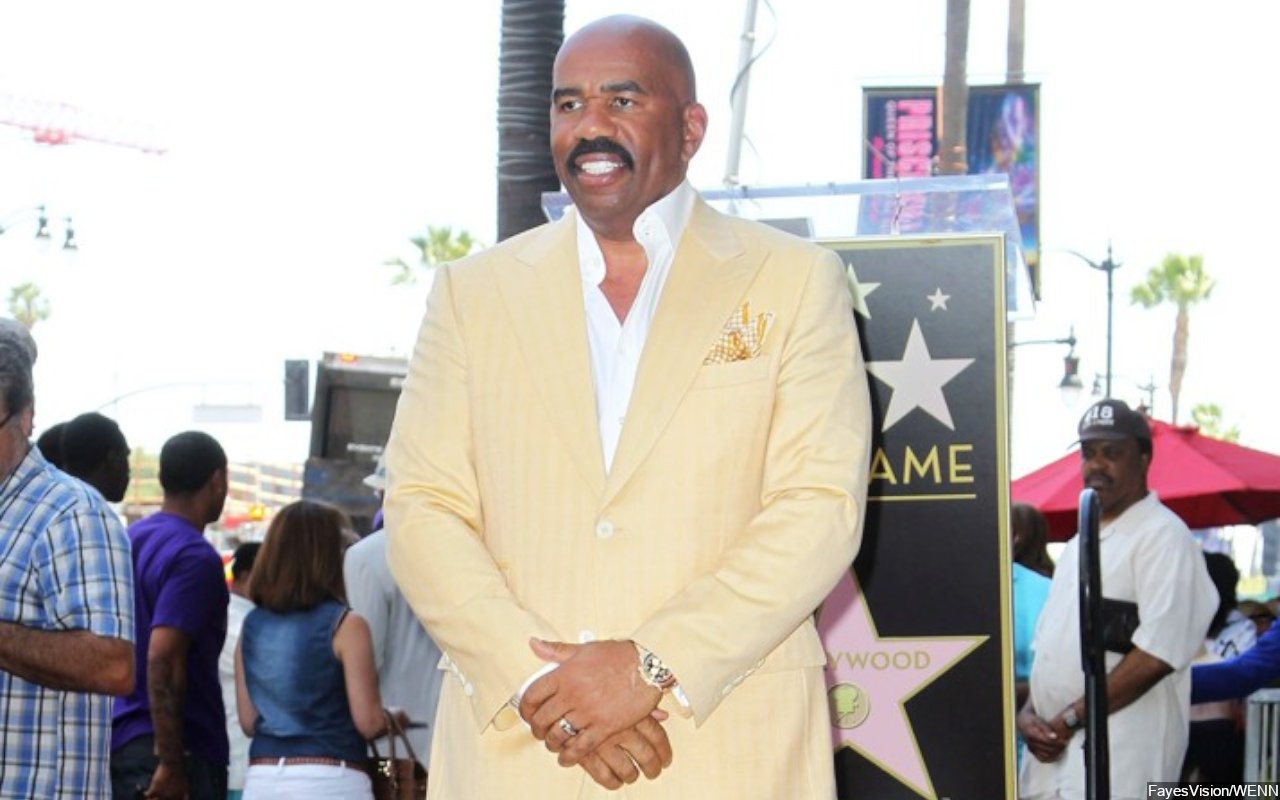 Everyone knows Steve Harvey as one of successful TV personalities. The “Family Feud” host, however, admitted that he used to be homeless for years. He revealed that he lived out of his 1976 Ford for three years and only had bologna sandwiches back in the late ’80s.

He didn’t have a proper place to shower as he used to shower at gas stations and swimming pools. Steve, who is now worth millions, had to take small standup comedian gigs until he made enough money to get himself a room.