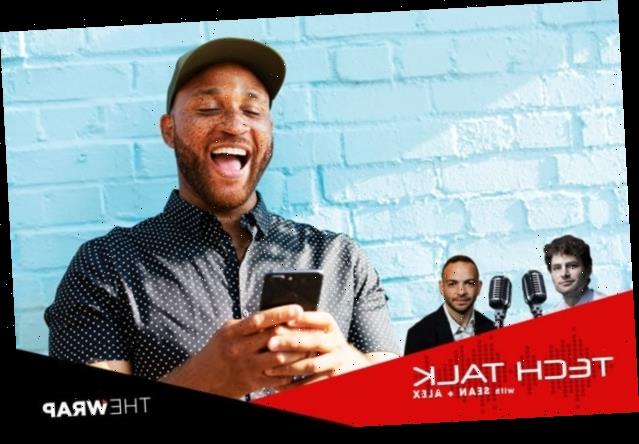 “I do think this is going to take share from podcasts, at least in the short term,” Kantrowitz says

Clubhouse is the hot new app on the block right now — and that’s a fact major tech companies like Facebook and Twitter shouldn’t be taking lightly, Big Technology writer Alex Kantrowitz said on this week’s episode of “Tech Talk.”

The app, founded less than a year ago by Paul Davison and Rohan Seth, has made talking cool again, with an eclectic mix of celebrities from Elon Musk to Kevin Hart jumping on the app to discuss a wide range of topics in recent months. For those who haven’t tried it yet, Clubhouse isn’t complicated: Users can join a “room” where a particular conversation is going on. Once inside, users can listen to the discussion and, if approved by the room moderator, chime in and join the conversation themselves. It’s not uncommon to see rooms with a few dozen speakers and a thousands of users listening in.

Adding to Clubhouse’s buzz has been that it’s invite-only, meaning you need to know someone already on the app to get on. But it’s starting to open up to more users, with the app going from about 1 million downloads at the end of last year to nearly 5 million downloads less than two months into 2021.

As Clubhouse spreads to the masses, rivals are already prepping a counterstrike. Twitter recently debuted Spaces, its own audio-focused chat feature, and Facebook — only days after CEO Mark Zuckerberg popped up on Clubhouse to talk AR/VR — has launched a push for its own Clubhouse clone. Spotify, which has spent big bucks on talent like Joe Rogan to beef up its podcasting efforts, has likely taken notice of recurring rooms, akin to podcasts or radio shows, popping up on Clubhouse, too.

With that as a backdrop, Kantrowitz and Sean Burch, TheWrap’s tech reporter, dedicated the latest episode of “Tech Talk” to all-things Clubhouse: What to make of its meteoric rise? How to handle the spread of misinformation on the app? And what is its potential as a business? You can get a taste of the episode below, including which major tech companies should be most concerned about Clubhouse and why. (And for more details on Clubhouse, including its prominence in Hollywood and Silicon Valley, read TheWrap’s recent report by clicking here.)

Sean Burch: We’ve seen companies like Facebook and Twitter start to rollout their own Clubhouse clones recently. Who do you think should be most concerned here by Clubhouse’s rise?

Alex Kantrowitz: Spotify No. 1; Twitter No. 2. Spotify because I do think this is going to take share from podcasts, at least in the short term. And maybe it will build interest in podcasts over time — for instance, if there’s a great Clubhouse show, and the people decide they want to do a more professionally produced pod, then that could potentially work as a podcast and generate more interest in podcasts. Or, people might just say, “I like hearing people talk about issues on audio, maybe I could do that more often,” and then start to download more podcasts.

There’s danger for Twitter, and Twitter knows this. Because Twitter is all about what’s happening in real time, and Twitter is notoriously bad at conversations. And here’s Clubhouse, something that tells you what’s happening in real-time and something that’s really good at conversations. (That’s) a super-big threat to Twitter — that’s why they’re trying to clone it.

I’ve seen myself that after work, I’ll be listening to a Clubhouse conversation for 45 minutes while I’m at the gym — time I’d usually spend listening to podcasts or music. So you’re right, there’s a tradeoff there that could impact Spotify.

No doubt. I tweeted that hot take about change in podcasts and some people told me I was an idiot, which is typical on Twitter. And I’ve had other people tell me, “Yeah, I haven’t listened to a podcast since downloading this app.” I think the podcasting companies should pay a lot of attention to the people who are talking about that. Because I can say for sure that it has reduced my podcasting consumption. And I’m nervous — I’ve invested a lot into building my own podcast, the “Big Technology” podcast, and I’m worried Clubhouse will stunt the growth, to be honest.

Watch the full conversation in the video above. For more tech coverage, subscribe to the Big Technology newsletter.

Alex Kantrowitz is the author of Always Day One, a new book about the tech giants’ work culture. He writes about Amazon, Apple, Facebook, Google, and Microsoft in his weekly newsletter, Big Technology.