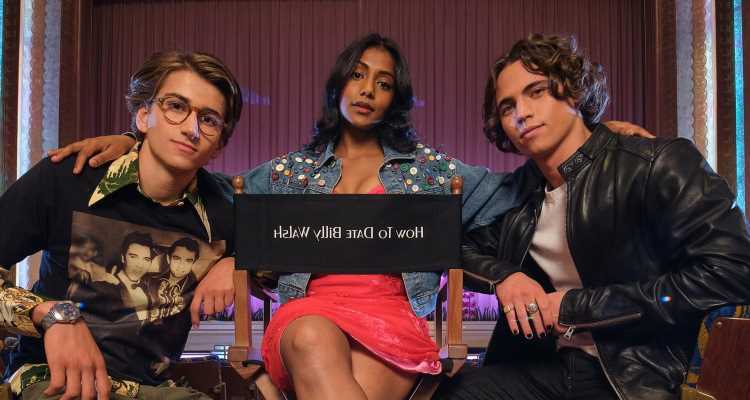 Tanner Buchanan, Charithra Chandran and Sebastian Croft will be starring in an upcoming romantic comedy for Prime Video!

The trio have been cast in the British high school rom-com How To Date Billy Walsh, which is currently filming, with director Alex Sanjiv Pillai.

Find out more inside…

Here’s a synopsis: Teenagers Amelia (Chandran) and Archie (Croft) have been best friends since childhood. Archie has always been there to fight Amelia’s battles, laugh at her jokes, whilst constantly striving for her love and affection. Archie has been in love with his best friend for as long as he can remember.

Just when he builds up the courage to declare his feelings, Amelia falls head over heels for Billy Walsh (Buchanan), the new American transfer student. Heartbroken Archie goes to great lengths to try and keep Amelia and Billy away from each other, but ends up pushing them closer together and risks losing his best friend at the same time.

“We are thrilled to be working alongside Future Artists Entertainment on the third British film to be produced by Prime Video,” Tushar Jindal, Head of Film Acquisition, Prime Video UK, shared. “How To Date Billy Walsh features an incredibly exciting, young and diverse cast that have already made a mark Internationally. The film will join Prime Video’s ever-growing library of British series and movies including what is set to be a firm favourite of the festive season Your Christmas Or Mine and London set action thriller Gassed Up. We can’t wait for our Prime Video audience to see these brilliant homemade films.”

“How To Date Billy Walsh is such an exciting film to be making with Prime Video,” producer and CEO of Future Artists Entertainment Matt Williams added. “This is an opportunity to create a new instalment in the High School Rom-Com genre but completely refresh it with a unique British sense of humour and it’s elevated by the amazing team we’ve managed to gather both in-front and behind the camera.”

How To Date Billy Walsh will stream exclusively on Prime Video in over 240 countries and territories.

If you missed it, Sebastian‘s Heartstopper co-star Kit Connor is also currently filming a rom-com!