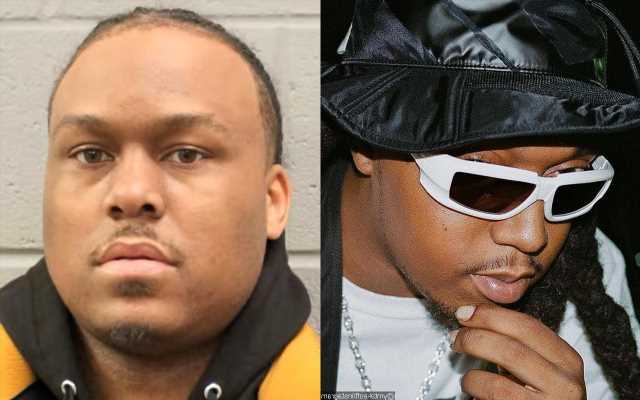 Prosecutors determine Patrick Xavier Clark is a flight risk as he had been making plans to travel to Mexico following the fatal shooting of the Migos rapper.

AceShowbiz –Takeoff‘s suspected murderer allegedly tried to leave the country after the shooting death of the rapper. Following his arrest on Thursday evening, December 1, it’s revealed that Patrick Xavier Clark planned to travel to Mexico after the fatal shooting.

The Harris County District Attorney’s Office, which is prosecuting the case, noted in court documents that Patrick had applied for an expedited passport by submitting an itinerary for a flight to Mexico right after Takeoff’s murder. The prosecutors are asking for Patrick’s bail to be set at $1 million because he is considered a flight risk.

According to the docs obtained by TMZ, prosecutors are also asking the judge to place the 33-year-old under house arrest if he gets out on bail.

Patrick was arrested exactly one month after Takeoff’s tragic death in Houston. Sgt. Michael Burrow of the Houston Police confirmed that the shooting occurred after some at the party played a dice game and an argument broke out, but Takeoff was not involved in the dice game nor the argument.

Sergeant Burrow added that of the people present when the shooting occurred, no one stayed on the scene to give a statement to police. He urged those who were there to come forward. Meanwhile, investigators were able to determine Patrick fired the lethal shot through video surveillance, cellphone footage and other physical evidence.

“It certainly, I think, will bring some comfort to the family, though it does not bring Takeoff back,” said Mayor Sylvester Turner of Houston, who spoke of the importance of stopping gun violence at the news conference announcing the arrest.