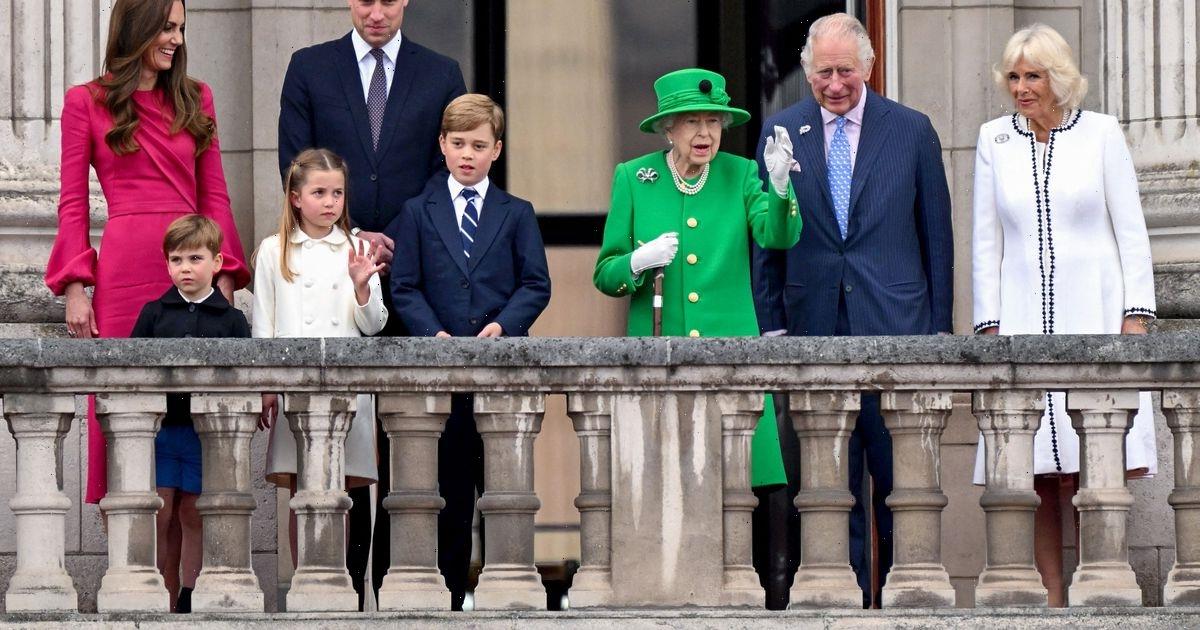 Key members of the royal family, including the Queen, delighted crowds on Sunday, as they made an appearance on the balcony of Buckingham Palace, following the Platinum Jubilee Pageant.

Their appearance marked the end of four days of celebrations in honour of Her Majesty’s Platinum Jubilee, and her incredible 70 years on the British throne.

The senior royals who appeared on the balcony included four generations of monarchs – the 96 year old Queen and the heirs to the throne, Prince Charles, Prince William and Prince George.

Kate Middleton, the Duchess of Cambridge and her and William’s other children, Princess Charlotte and Prince Louis, along with Camilla, the Duchess of Cornwall also stood alongside the Queen.

A body language expert, named Darren Stanton, has highlighted the moment the Queen caught Kate’s eye during the jubilee celebrations, describing it as ‘telling’.

Speaking on behalf of Betfair Casino, Darren said: "Kate was dressed in her trademark confidence colour – a striking red. It’s the colour she likes to wear when she wants to appear self-assured and in a position of power.

"While such a colour allows Kate to stand out and ensures she catches the eye, Kate doesn’t crave the spotlight and instead appeared quietly confident.

"She is more than happy to stand on the peripheral, letting the Queen and her future heirs take centre stage instead. There was a great moment, where Kate and the Queen were seen catching each other’s eye.

"Both Royals showed genuine emotion, with their faces truly engaged, as they beamed huge smiles at one another. While a fleeting moment, it portrays the strong bond and connection the Queen and Kate share, as well as the mutual respect they have for one another.”

Darren also commented on Prince Charles’ ‘protective stance’ when it came to his mother on the balcony.

He said: "Flanked by son Prince Charles, there were a few moments where Charles was seen looking adoringly at his mother, whom he calls ‘mummy’.

"It was an expression that showed sheer admiration and he took a protective stance of the Queen standing close yet behind her while on the balcony.”

The Queen’s appearance on the balcony on Sunday marked the second time she had been seen at the Jubilee celebrations since Thursday, when she appeared on the balcony for the annual Trooping the Colour parade.

The monarch was forced to pull out of Friday’s Service of Thanksgiving at St. Paul’s cathedral “with great reluctance” due to discomfort.

Although she missed the service and many of the Jubilee celebrations, she was reported to have enjoyed them on the television from home.

Her family, including Prince Charles, Princess Anne, Prince Edward, Prince William, Kate Middleton, Zara Tindall and Princesses Beatrice and Eugenie have represented her at various celebrations over the weekend.

For all the latest on the Queen's Platinum Jubilee, sign up to OK!'s weekly Royals newsletter.