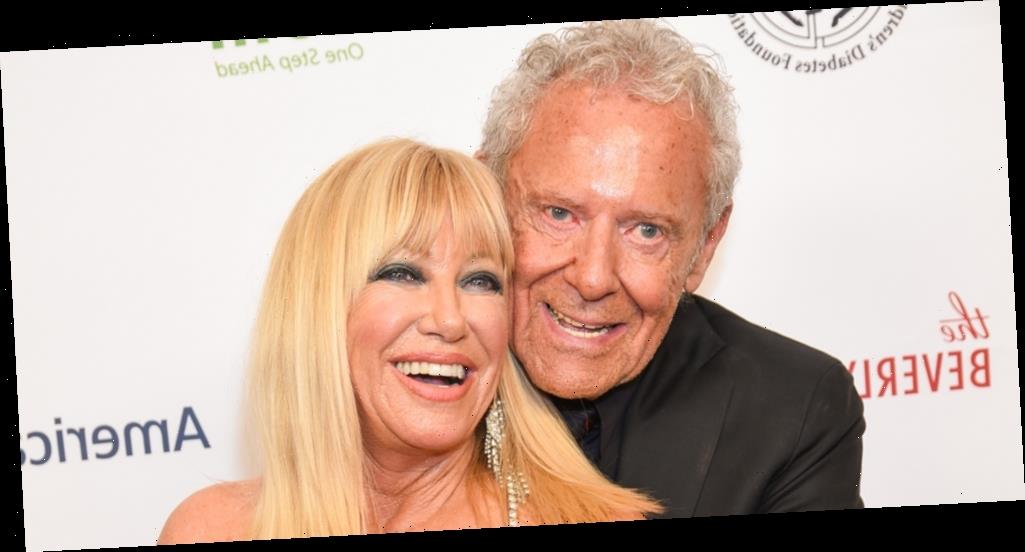 Suzanne Somers is opening up about just how she fell down the stairs in an accident along with her husband, Alan Hamel.

If you didn’t hear, the 74-year-old actress revealed that she underwent surgery just before her birthday after a fall down the stairs left her in “tremendous pain”.

Speaking to Page Six, Suzanne talked about just how the fall happened and nixed the idea that it happened while having sex with Alan.

Suzanne joked that she’s “had more fun being on top of him.”

She did reveal that the pain was excruciating for her after the accident, saying “the pain was awful in my shoulder and neck” and after her x-ray, “they rushed me into emergency surgery.”

“I have a whole lot of hardware in me … it’s going to be a whole lot of fun going through airports,” she joked more. “I have a dog collar … my new theme song is, ‘How Much Is That Doggie In The Window.’ I can’t turn my head… I have to keep it straight ahead. No joke.”

The rumor that the injury occurred during sex stemmed from Suzanne opening up about their sex life. See what she said here…