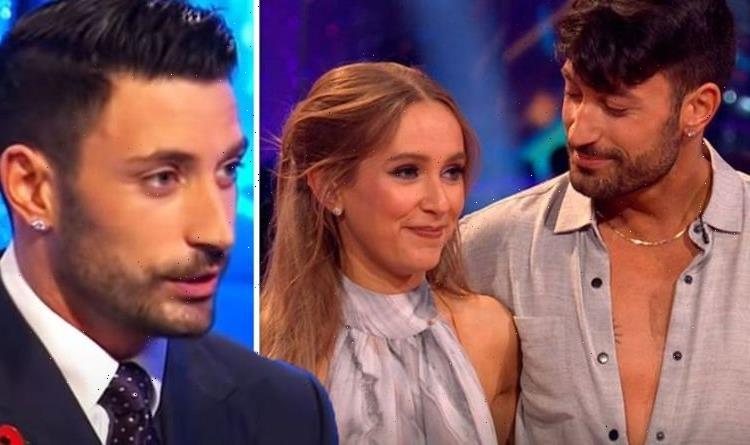 Strictly Come Dancing heartthrob Giovanni Pernice is said to be a “changed man”, as Rose Ayling-Ellis is “not taken in by his charms” on this year’s series of the show. The pair have consistently wowed the judges with their incredible performances over the past 10 weeks of the programme and the Italian stud has reportedly “changed for the better” since spending so much time with the star.

Giovanni has really changed since meeting Rose, and for the better

EastEnders actress Rose is Strictly’s first deaf contestant and after being partnered with the Sicilian native has gone from strength to strength over the course of the dance programme.

The duo have thrown themselves into training, but now, a source close to the Italian stallion has claimed that the actress has had a lasting impact on the dance professional.

The source said: “Giovanni has really changed since meeting Rose, and for the better.

“He’s seen the obstacles Rose has had to face in life and he’s just in awe of her.

“She’s one of the first women who he’s met who’s not taken in by his charms, and she isn’t afraid to challenge him or take the p**s out of him, which he loves,” they told Heat magazine.

The actress, who plays Frankie in EastEnders, has no doubt had a good influence on the Italian with her dedication to every dance.

Giovanni and Rose frequently feature each other on their social channels, displaying their good-natured relationship.

Rose has been with her long-term boyfriend Samuel Arnold for the last seven years.

Last month, Giovanni broke his silence after splitting from his Love Island girlfriend Maura Higgins, explaining that the relationship had come to a “natural end”.

Last Saturday, Rose and Giovanni left the Strictly cast and viewers stunned after they performed their Couple’s Choice to Symphony by Clean Bandit featuring Zara Larsson.

The judges awarded the duo an incredible score of 39, putting them in second place on the leaderboard, underneath Rhys Stephenson and Nancy Xiu.

Ahead of the dance, Rose told how there was a “surprise” for the deaf community part way through.

Raising awareness of the hard of hearing community, Rose and Giovanni performed in silence for part of their routine.

Following Saturday night’s show, Giovanni told how the dance will “remain in his heart forever” on social media.

Posting a sweet snap of himself and Rose, the Italian dancer branded his dance partner an inspiration.

“You really are a ROLE MODEL!” Giovanni penned while tagging the actress.

Rose and Giovanni are set to Quickstep to Love Is An Open Door from Frozen The Musical.

Today saw Rose celebrate her birthday and in his Instagram Stories, Giovanni revealed that he had bought his partner a Frozen cake, in keeping with the theme of their dance.

Strictly Come Dancing continues on Saturday at 6.35pm on BBC One.

Express.co.uk has contacted a representative for Giovanni for comment.