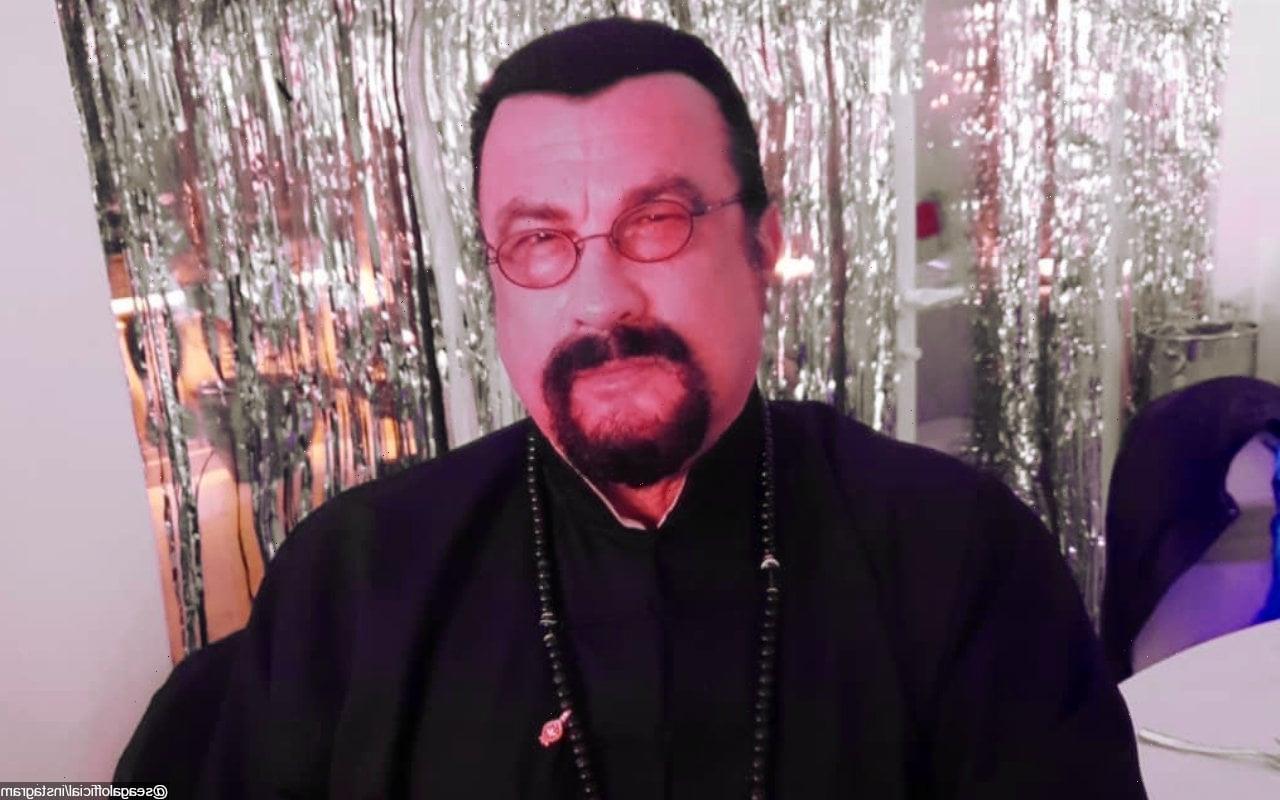 The 1990s action star previously was seen visiting Olenivka Prison which was burned down back on July 29 with around 50 Ukrainian prisoners of war though to have died.

AceShowbiz –Steven Seagal has hailed himself a “diplomat” during an appearance on Russian state media, defending his visit to a prisoner of war camp where Ukrainian inmates were last month burned to death. Having been a Russian citizen since 2016 and said Vladimir Putin is one of the world’s greatest leaders, the 1990s action star, claimed he went to the prison to view “evidence” of what had happened.

He also repeated Kremlin propaganda that Kyiv was to blame. “I know a little bit about those things. I can tell you, one billion per cent, it wasn’t a bomb that could blow from the ground floor up. You could see where a missile came in from the outside and blew everything up,” the star said.

He continued, “As I have said, I am a diplomat and I pride myself on being a pretty good diplomat”. The 70-year-old added he is producing an “unbiased” documentary about the Ukraine war despite professing his hero-worship of Putin.

On July 29, Olenivka Prison, in an area of the Donbas occupied by pro-Russian forces, was burned down with around 50 Ukrainian prisoners of war though to have died. It included many veterans of the battle for Mariupol.

Russia says Ukraine ordered a strike on the jail and carried it out using US-supplied HIMARS missiles that have been wreaking havoc behind Putin’s frontline. It appears Russia sent Seagal to carry out his own inspection to bolster the claim Martial artist and “Buddhist” Seagal, whose ’90s hits include “Hard to Kill” and “Under Siege” saw his film career disintegrate when he was accused by multiple female co-stars of sexual assault and faced allegations he mistreated stuntmen on set.

Following a brief spell in a soul band, he began cozying up to Russia around 2014, the last time Putin invaded Ukraine, as he called the attack “very reasonable.” He also also branded Putin “one of the greatest world leaders,” before he became a Russian citizen two years later.

In 2017, he was banned from entering Ukraine after he was deemed a “threat to national security” and in 2018 was made special envoy by Putin for Russia to improve ties with the U.S. Despite the actor’s support, in 2015 Putin’s spokesman Dmitry Peskov said, “I wouldn’t necessarily say he’s (Putin) a big fan (of Seagal), but he’s definitely seen some of his movies.”