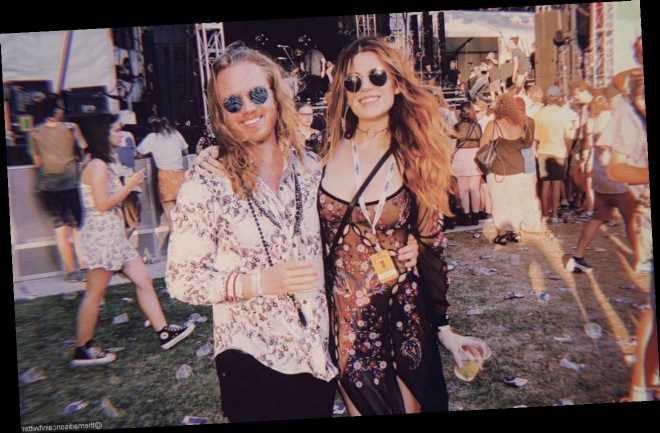 During an appearance on the ‘Behind The Vinyl’ podcast, the Toto founding member reveals that he and the Journey’s keyboard player are set to be in-laws following Trevor and Madison’s engagement.

AceShowbiz –Toto star Steve Lukather and Journey‘s Jonathan Cain are set to be in-laws – their kids are getting hitched.

Lukather’s son Trevor has asked Madison Cain, the daughter of the Journey keyboard player, to be his wife.

Steve announced his son’s engagement during an appearance on the “Behind the Vinyl” podcast, revealing his future daughter-in-law’s mother is not Cain’s current wife – Donald Trump‘s controversial spiritual adviser, Paula White-Cain.

“The crazy woman, that’s not her mom…,” the “Africa” hitmaker said. “No offence to Jonathan or anything like that. If that’s the way he wants to live, that’s cool. Jonathan and I are friends since I was a teenager, and I love him and I respect him, but with some of that stuff, you’ve just gotta go, ‘Really?’ That’s all I’m gonna say about that, ’cause we’re relatives now, or we’re gonna be.

“She’s (Madison) a wonderful girl. And I love Jonathan. I’m a huge fan of Journey. Those guys are my friends… and I respect the f**k out of them. But there’s an irony to this that you just can’t deny.”

“We’ve both been mistreated by the press since day one… and now the combination of the two (kids) has gotta be, like… Get ready to be a meme, that’s all I said. It’s a good thing I have a sense of humor about it because when this gets out, the amount of s**t that people are gonna give us is hilarious.”

The 27-year-old bride-to-be auditioned for reality series “The Voice” in 2018, while her future husband fronts the rock band Levara.