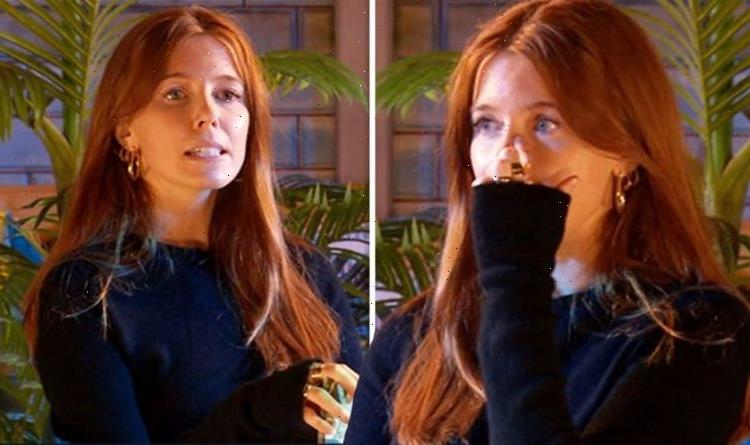 Stacey Dooley has opened up about her return to BBC Three after she landed a new show. It comes after the former Strictly Come Dancing winner, who used to front the Beeb’s series Glow Up, was replaced by Maya Jama.

The shake-up to the show lineup was said to be because of Stacey’s commitments on BBC series This Is My House.

At the time it was reported that the presenter had been dropped from the reality series after fronting Clairol’s hair ad campaign.

The 34-year-old has since landed a new gig fronting BBC Three cookery show Hungry For It and added she is thrilled about the news.

BBC Three returns to TV for the first time since 2016 after it went online to save cash.

The star also spoke about how lucky she feels to still be working with the channel again.

“I’m hanging on for dear life,” she joked.

Stacey’s career as a documentary-maker was launched on the channel.

The BBC says that Hungry For It will take 10 aspiring cooks from across the UK who are looking to carve out a career in the food industry.

They will have “the chance to skill up and put their talent to the test to win a life changing prize”.

The competitors will reportedly live together while they take part in the programme.

Speaking about the show, Stacey continued to OK! magazine: “I would say it’s warm, celebratory and I think it feels quite fresh.

“I know everyone feels like that when it’s their gig, but there are so many food shows and I really do think this one is unique.”

Meanwhile, Stacey, who won Strictly in 2018 alongside her now real-life partner Kevin Clifton, gushed over her boyfriend in a sweet post.

Taking to Instagram, the Grimsby-born performer spoke about his dance partner Victoria Martin for the stage play Burn The Floor.

In view of his 360,000 followers, Kevin penned: “My dance partner @weevic07 One of the best in the world @burnthefloorofficial.”

He accompanied the post with a number of photos of the pair performing on stage.

Stacey was one of the first to respond, as she shared a series of fire emojis.

Victoria commented: “Ahhhhhhhh Kev. I absolutely love this adventure & sharing the stage with you. Thank you.”

Magpie added: “You are not wrong there Kevin… she is a phenomenal dancer.”