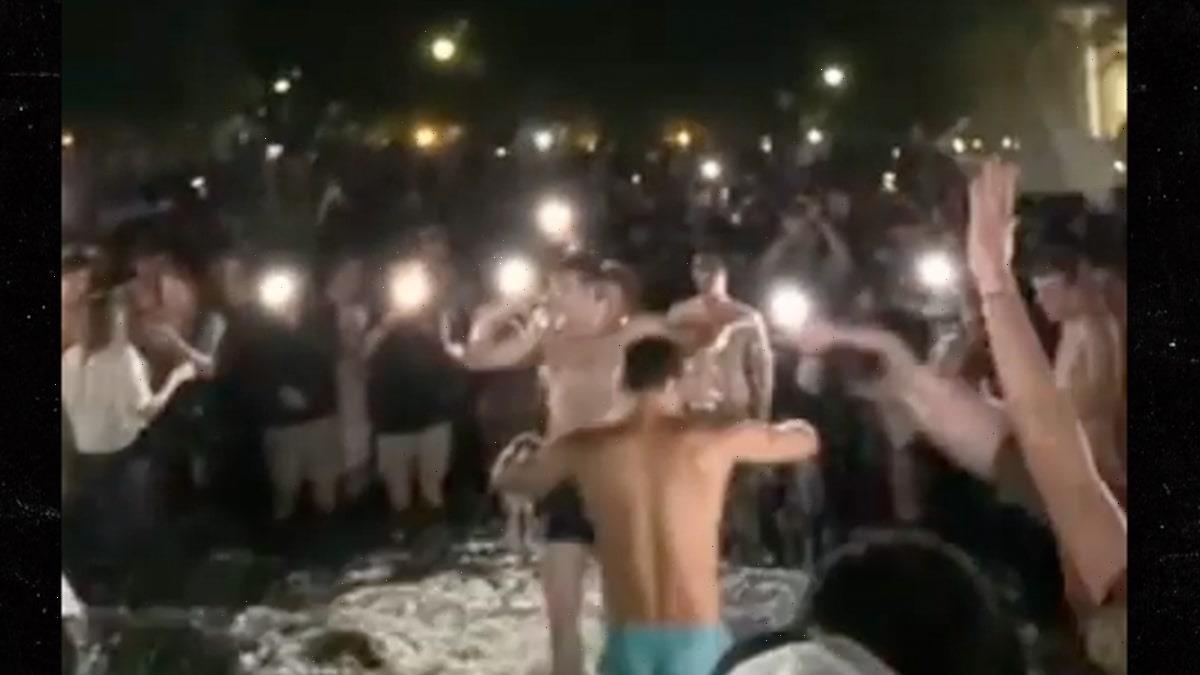 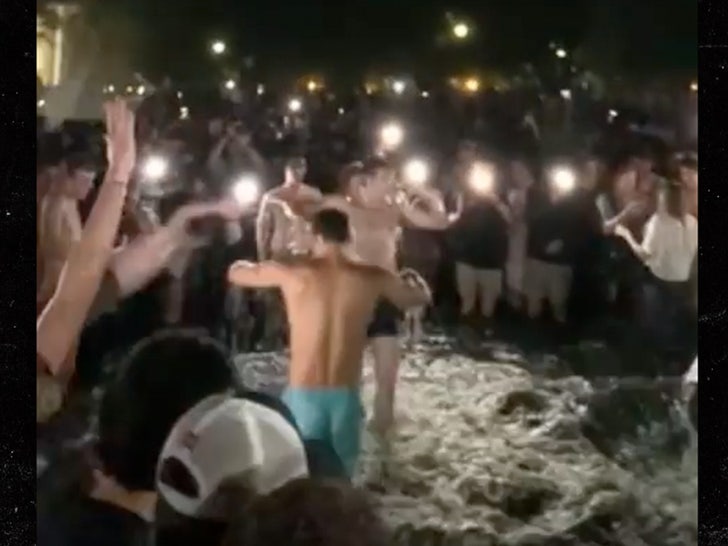 Univ. of South Carolina students lost their minds after the school’s women’s basketball team won the NCAA title on Sunday … with many stripping down to their undies and jumping into a campus fountain!!!

The wild party all happened just moments after the Gamecocks dominated UConn in a 64-49 win on Sunday … with students choosing to celebrate the title in a wet way.

You can see in video from the scene … students surrounded the fountain outside of Thomas Cooper Library before jumping into it. One fan actually came prepared — and rocked a speedo for the occasion!

Fans celebrated at the school all night — with others lighting off fireworks and climbing into trees.

Of course, this ain’t the first time Gamecocks fans went all out for their women’s hoops team — you’ll recall, fans got drenched in the same fountain in 2017 when they won their first title.

And, it appears the campus might need to get used to parties like this — because coach Dawn Staley — a former 6x WNBA All-Star point guard — has turned the SC program around since she arrived in 2008.

The Gamecocks have won 6 SEC titles, been to four Final Fours and won two championships — and look poised to be a powerhouse going forward for the foreseeable future.