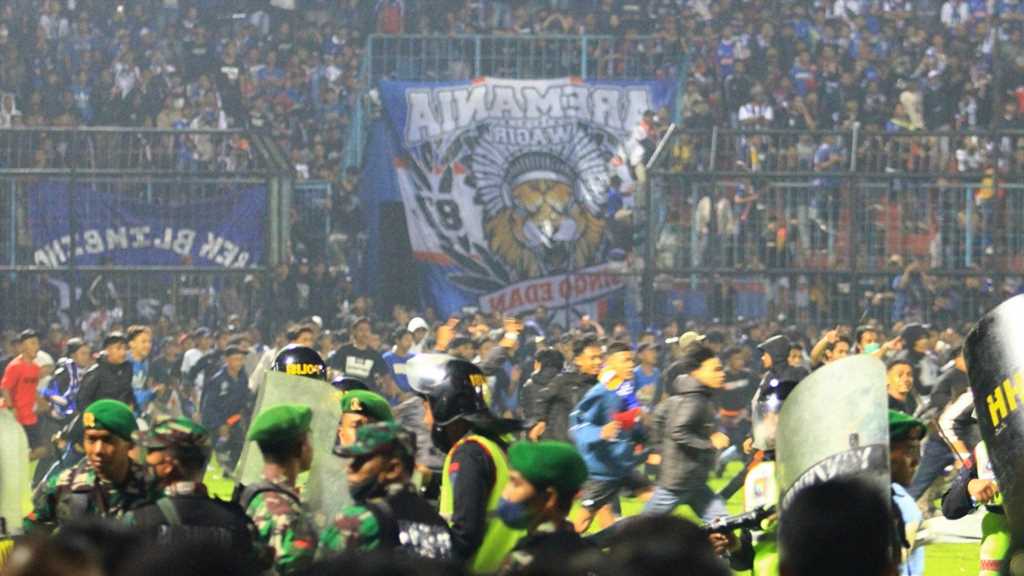 At least 174 people were killed Saturday after a stampede erupted during an Indonesian soccer match.

It was a horrifying scene … fans swarmed the field and opposing sides squared off as they fought violently.

Police were at a loss, firing rounds of tear gas. In fact, it was a fatal move, because fans ran for the exits … causing a stampede.

At least 34 people were reportedly trampled to death. Others died by suffocation. 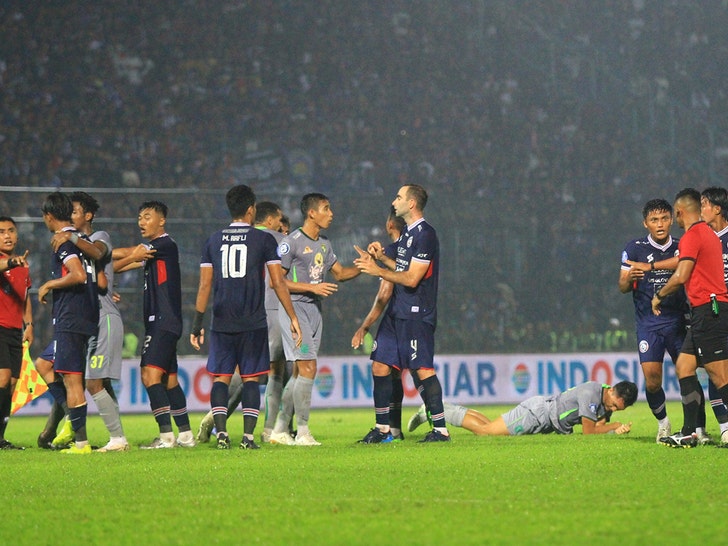 More than 300 others were injured and taken to nearby hospitals, but a number of them died en route or once they got to the ER.

There are reports 180 of the injured are not doing well.

The hospitals in the area are overwhelmed.