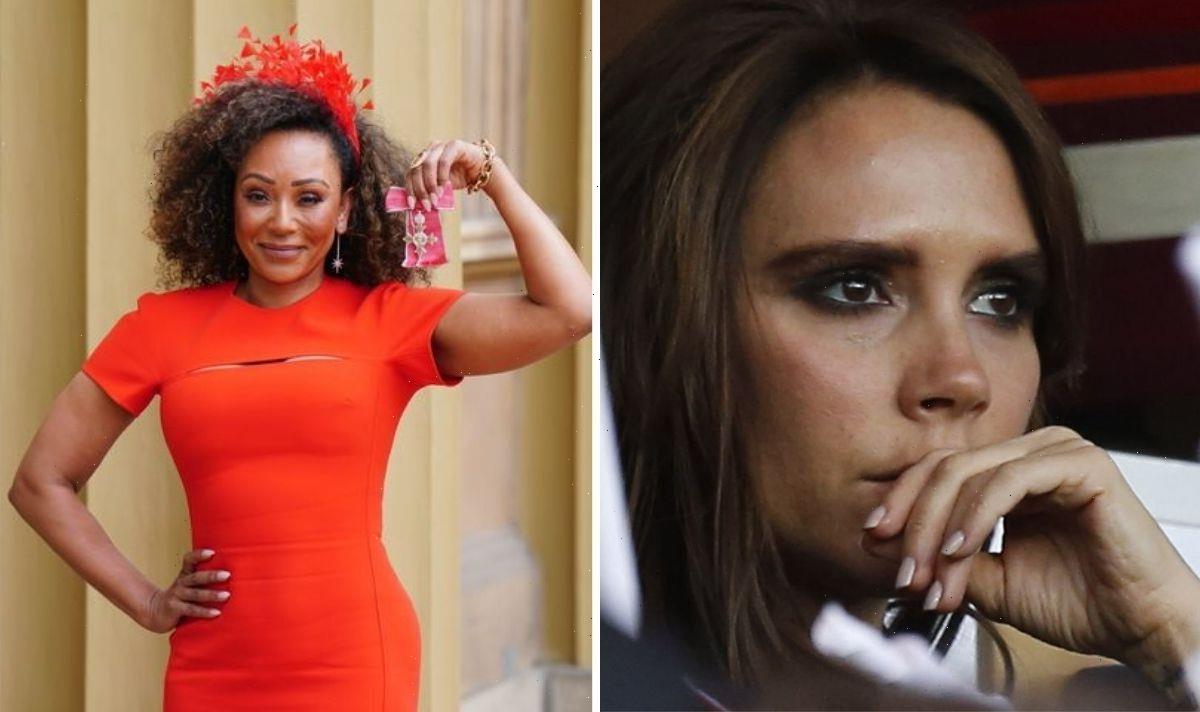 Mel B discusses her experience of domestic violence

Victoria Beckham, 48, has taken to Instagram to congratulate her former Spice Girls bandmate Mel B. It comes after the singer won an MBE for raising awareness of domestic violence with Women’s Aid.

The fashion designer released a comment using the story feature.

She posted the message to her 29.9 million followers.

She continued: “Mel’s work as a patron for Womens_aid raising awareness for domestic violence and supporting vulnerable women is so important.

“From delivering reports on the economics of abuse to 10 Downing Street to featuring in an awareness-raising music video.

“Mel has continued to push for change and speak up for women in need.”

Mel B, also known as Scary Spice, spoke out about her MBE which she was awarded at Buckingham Palace on Wednesday.

She dedicated the honour to “all the other women” dealing with domestic violence.

The pop star, 46, was honoured during an investiture ceremony at Buckingham Palace.

Mel B became a patron of the charity Women’s Aid in 2018 after leaving what she described to be an abusive relationship.

Talking to PA news agency after receiving the MBE, she explained how the experience was “lovely”.

She said: “I’m their voice because we’ve all been through exactly the same story.

In a music video released last May, Mel B played a woman trying to leave an abusive partner.

In the video, Mel can be seen wearing makeup to mimic a bloodied face and bruises, as she is dragged across the room and beaten by a partner.

While the video shows that the couple’s relationship is the picture of happiness to those around them, behind closed doors she is left terrified by her partner’s violent behaviour.

Speaking to The Sun following the video’s release, Mel, who is now a patron for Women’s Aid, explained: “Whether it be the spitting or the strangulation, these are things that actually happen. They are all these women’s stories.
“I came out of making that video with bruises because I wanted it to be an honest representation of what we have all gone through.
“There is a bedroom scene where I am attacked, it was really important to make that real.”

The singer had welcomed the introduction of The Domestic Abuse Bill, the new Act setting out the definition as being beyond just physical violence, and including coercive control and emotional and sexual abuse.