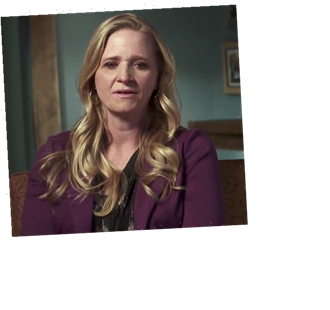 You may want to sit down for this one, Sister Wives.

And you may want to stop operating any heavy machinery if you’re in the middle of doing so.

Because, folks, this story is a doozy.

In a shocking interview with The Sun, a woman named Anna LeBaron revealed her dad, Ervil LeBaron, ordered the murder of Christine’s paternal grandfather, Rulon Allred.

This means that Christine’s great uncle killed her grandpa.

Ervil was reportedly the leader of a fundamentalist mormon group and viewed himself to be a prophet.

“My father had 13 wives and had 51 children. Because of my father and the way he practiced, he took a doctrine and became fanatical with it,” Anna explained to The Sun.

“He would have people killed who would try to leave his cult. They dubbed him the ‘Mormon Manson.’

“He ordered hits on his followers and his followers would carry them out. Some were carried out on his wives. If you tried to leave, you would be blood atoned.”

This is wild and disturbing — and this is where Christine enters the dark picture:

Her grandfather Rulon was leader of the rival Apostolic United Brethren.

“We weren’t raised in the same community or family. Rulon Allred was their prophet,” said Anna, adding:

In May of 1977, Rulon was shot to death in his clinic at the alleged order of Ervil.

Ervil, who has been linked to 25 killings, was arrested in May of 1979 and convicted of Rulon’s murder, earning him a life sentence. He died in prison less than a year later.

Anna noted in this interview that she and Christine “never met,” but that it would be “lovely to meet her.”

She understands this may never happen, though, of course.

“But because our families share a difficult, painful history, I understand completely if for her own well-being it doesn’t make sense for her to want to meet me, being Ervil’s daughter,” Anna said.

Anna wrote a book about her past and escaped polygamy when she was 13 years old.

With many Sister Wives fans telling Meri and other of the spouses to get away from Kody Brown, Anna has advice for anyone who leaves a plural marriage.

“Seek healing, counseling therapy, grow and heal from those things. Create a life for yourself that you’re proud of.”

Kody Brown and Meri Brown: All the Signs It’s SO Over!Start Gallery