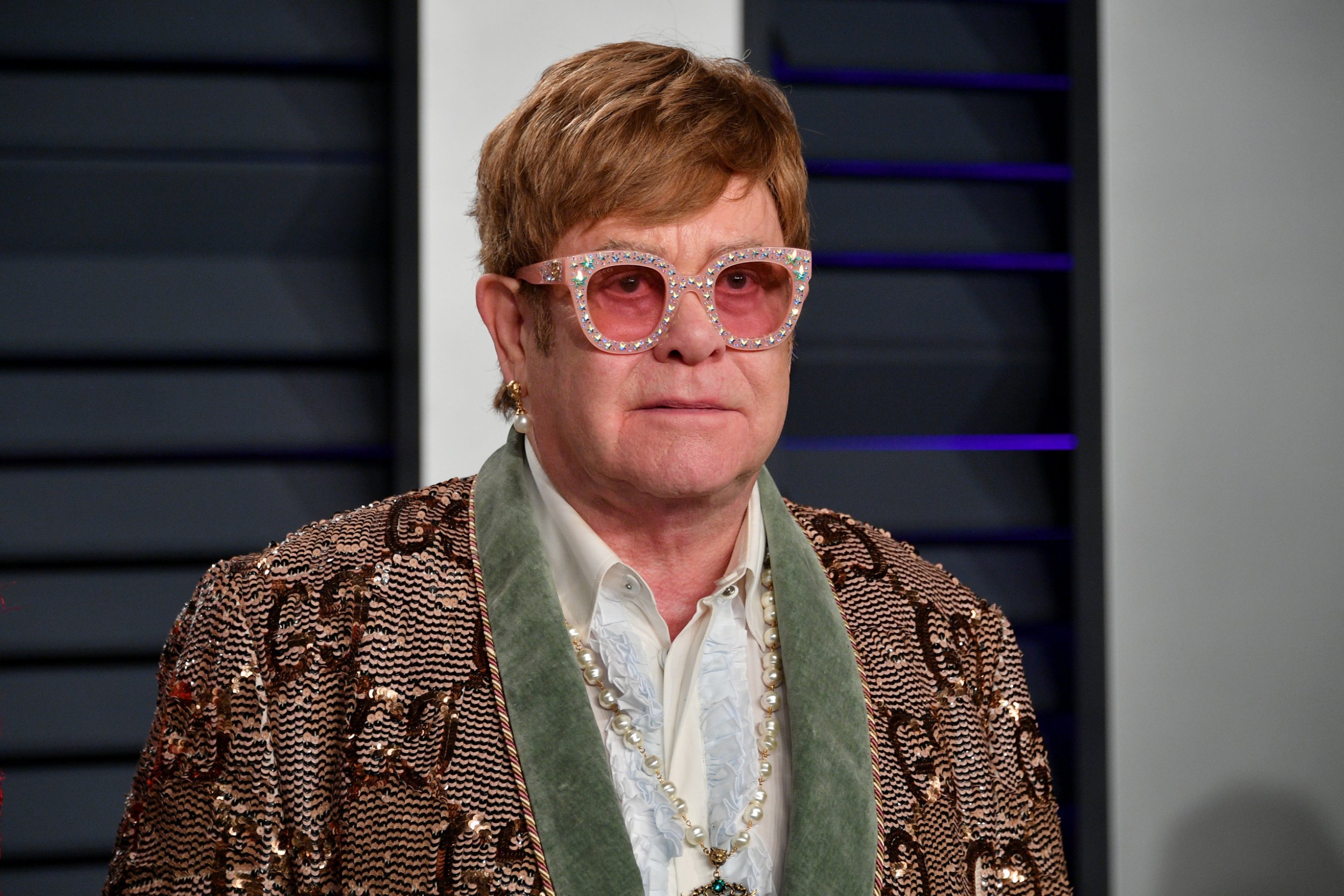 Sir Elton John has revealed he still struggles with the trauma of his childhood, which inspired his parenting style to be the polar opposite towards his own children.

The legendary entertainer, 74, shares sons Zachary, 10, and Elijah, eight, with husband David Furnish, who they have raised to be ‘loved every second of the day’ and not fearing their parents like he did.

Sir Elton told The Guardian: ‘We never hit them or lose our temper with them. When they’re bad, they lose their pocket money, or their electronic stuff for a week – but they don’t get punished physically or mentally.

‘We talk it through with them. And they’re very happy children. I was always afraid of my parents, and I didn’t want my children to ever be afraid of me.

‘They’re going to feel embraced and loved every second of the day; they’re not going to be beaten and have those scars for the rest of their lives.’

Sir Elton admits he worried it was ‘too late’ for him to have children, but says his sons came at ‘the right time’ and gave him a ‘purpose in life’.

During the height of his fame, Sir Elton struggled with his temper especially while abusing cocaine and alcohol, and has since been sober for 30 years.

He admits that the tendency to ‘explode’ is still within him, explaining: ‘My behaviour was so erratic and so unpredictable. And it’s still in me, to explode at any moment.

‘I’ve been trying to work on that for a long time and I’ve got a wonderful husband who knows how to get me out of that stuff. I think it’s an artistic thing – artists can be so self-destructive sometimes, for no reason. I can have a day when everything in my whole life is going so well, and I get up and I feel like the world is against me. Why, I do not know.’

The issues, he says, stem from his childhood, adding: ‘The self-loathing, not having any self-esteem, that all comes from when I was a kid.’

He revealed in his memoir that his mother beat him with a wire brush while potty training him and his father hit him for taking his school blazer off the wrong way, which left him ‘walking on eggshells’.

Sir Elton explained: ‘All my life, until I became sober, I was afraid of talking to anybody. They asked me when I went to treatment how I felt and I said: “I don’t know, I don’t feel anything.”

‘I came to defrost, as it were, and discovered I did have feelings, and they went back a long time. And I think it stays with you for the whole of your life … I just have terrible feelings about myself; I feel bad about myself sometimes.’