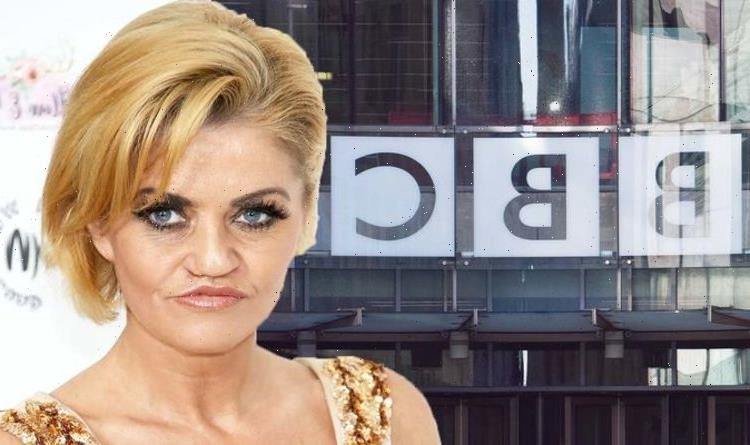 Danniella Westbrook on her intentions to go grey in September

Danniella Westbrook, 48, has once again voiced her outrage at the BBC over the recasting of her EastEnders character, Sam Mitchell. The actress has been replaced by Kim Medcalf, who previously portrayed the role from 2002 to 2005.

In a new interview, Danniella hit out at the BBC over the lack of communication regarding the recasting.

She admitted she was “shocked” when she first found out she would not be playing Sam.

Danniella told The Sun on Sunday: “I’ve been known as Sam Mitchell for 32 years. But nobody at EastEnders contacted me to let me know they had recast Kim in the role.

“There wasn’t even an email to my agent.

“I was shocked because they do have a responsibility to tell me and someone should have.”

The actress went on to explain how the way she found out about the shake-up could have had “very serious consequences” for her.

She said: “The bosses have seen me go through addiction and they have no idea where I am today.

“Thankfully I’m OK. But if I hadn’t been it could have had very serious consequences for me.”

Express.co.uk has contacted a representative for the BBC for comment.

Danniella had previously taken to Twitter to express her indignation over the decision, as she claimed she had “dodged a bullet”.

In view of her 228,600 followers, the actress wrote on Tuesday: “Well well well who knew.

“All I can say is thanks looks like I dodged a bullet.”

On Sunday, EastEnders’ official Twitter account announced the news that Kim was set to take back the role.

It confirmed: “Sam is returning to Walford, bringing all the Mitchell mischief and mayhem with her…

“Kim Medcalf has said: ‘She’s a brilliant character and I can’t wait to get back in The Square this spring.’ And we can’t wait to see her explosive return!”

In a separate tweet, Danniella wished the new Sam Mitchell actress luck as she announced her legal team would be “in touch” with the programme’s bosses.

“Wishing Kym the best of luck at @BBCEastenders,” she penned.

She continued: “Yet again this poor woman has to recreate a Samantha Mitchell as close to my last two recent come backs on the square go smash it darling..x”

She later added: “Bet you all can’t wait for my new book now can ya …..