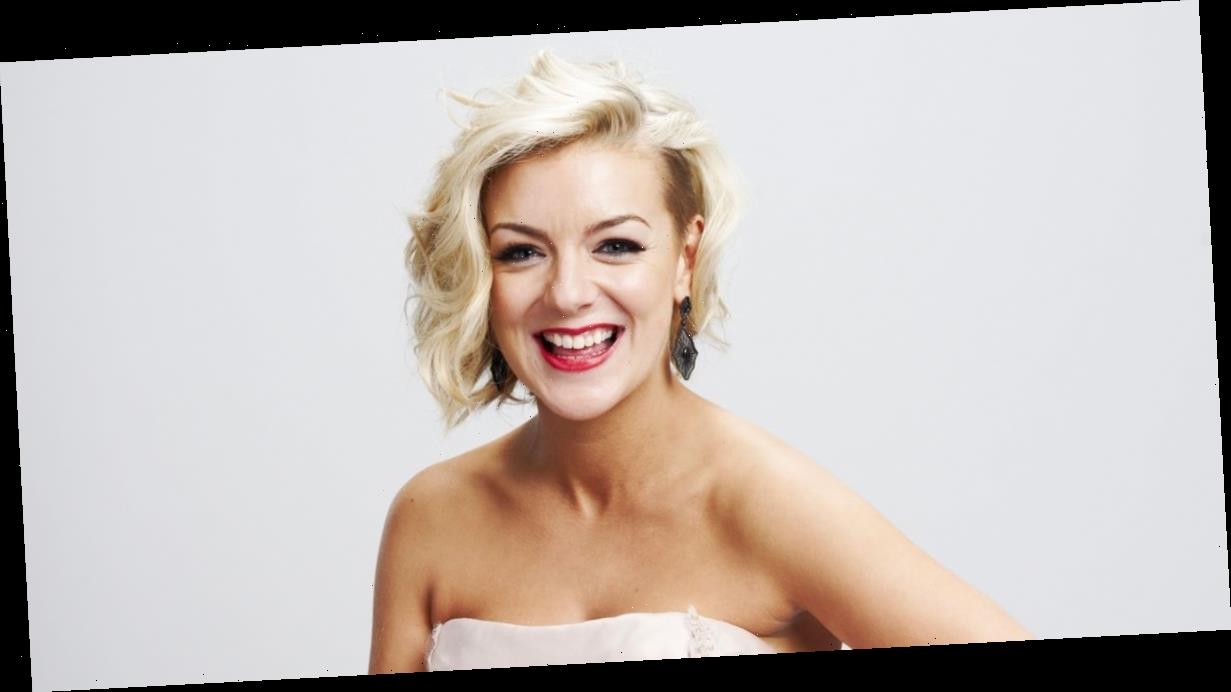 From the first minute of meeting Sheridan Smith, OK! can tell she’s loving every second of motherhood. The actress, who gave birth to her first child, Billy, in May with fiancé Jamie Horn, can’t stop smiling as she talks about her gorgeous little boy.

We’re interviewing the actress about her involvement in not one, but two Sky productions – Jack And The Beanstalk: After Ever After, airing this Christmas, and Hansel And Gretel: After Ever After, which is appearing on screen next year. Both have been penned by her friend, David Walliams.

And Sheridan is super excited, not least because she’s longing for little Billy to see her on the small screen. “I can’t wait for Billy to watch me on telly,” she confesses. “He’s amazing.”

The star is looking forward to her first Christmas with her boys in the house they’ve just moved into. It’ll mark a big change for Sheridan, who lost her dad, Colin, to cancer four years ago this month, a loss that has since tinged her festive season with sadness. “The last few years I haven’t enjoyed Christmas,” she says. “But with Billy, I’m excited again.”

Someone else bringing a smile to her face is Jamie, who she met on Tinder in 2018. Sheridan lights up at the mention of his name and it’s clear she’s in a good place. Her career’s flying, too. Not only has she just performed as Cilla Black for the Royal Variety Performance, she’s also landed a role as a judge on ITV’s reboot of Stars In Their Eyes.

Here, the busy star tells us about her family’s big move, giving birth to Billy just as lockdown hit and balancing motherhood with work life…

Oh my gosh, I can’t wait for Billy to watch the telly and know that it’s me on the screen. When Billy came along he was three and a half weeks early. It was a surprise and a bit of a panic. And then we were in lockdown for eight weeks after that. It was a scary time. But he’s amazing now. He’s a chunky monkey.

How’s home life been as a family?

Well, I’ve been renting for the last couple of years and I’ve finally just got my completion on my new house. It’s been a bit of a kerfuffle. But by the time Christmas comes we will be in our new place, which is really exciting. Finally, we will have our first home as a family for Billy. We’ll actually be able to celebrate properly.

You must be so excited…

Oh yeah! It’s all about being together and I just can’t wait to celebrate Billy’s first Christmas. He won’t remember much of it but it doesn’t matter. It makes you enjoy Christmas again when you’ve got a little one. It’s infectious. I love him seeing the fairy lights.

So things have really changed for you since becoming
a mum…

Yeah! I think for the last couple of years, since my dad passed away, I didn’t enjoy Christmas because it happened around that time. But now, to be able to have it for my little boy, it’s all so exciting again. I can’t wait. I’m going to dress up as Fairy Christmas.

How have you been balancing work and motherhood?

I’ve just started my first proper acting jobs since having Billy. I hosted a dog programme – when he was three-months-old – for a month in Manchester at MediaCityUK. I was a bit nervous to do that, actually. It was great because I was around dogs for a job, which was heaven.

Has there been a lot of work for you during lockdown?

The first lockdown, I did Isolation Stories, which was our first go at doing a show indoors. My fella became a cameraman come soundman. That was a real honour for me to see how the filming world was going to come out of lockdown.

Kathy Burke is my hero. She’s my idol. I watched her programmes like Kevin & Perry. She was why I wanted to be an actress. I could see all these gorgeous actresses, like Catherine Zeta-Jones, and I was like, “That’s so not me." Then when I saw Kathy, I was like, “That’s who I want to be. That daft one that doesn’t have to look as gorgeous as everyone else.” I knew I never wanted to be a pouty girl.

Have you ever told her about this?

I think she’s probably read it. I’m obsessed with her. Weirdly, I did an audition for her once on something she was directing. I didn’t get the part, but she wrote me a card. It said, “You didn’t get the role, but I just wanted to say it didn’t work because you just weren’t right.” And it basically went on with her saying that she thought I was great. No other director would have done that, but I think because she’s an actor herself she’s aware and kind. I’ve kept that card forever. I might frame it in my new house.

How did it feel to be cast as The Woman With No Name by David Walliams in Jack And The Beanstalk: After Ever After?

I was just happy to be back at work. David has always been like my big brother through everything. He’s amazing and he’s been a real rock to me. I think he’s a genius, like a modern-day Roald Dahl. He lets me do what I want, basically. It’s actually so fun because I never get to play parts like this. I love getting to dress up and be daft. David’s stories have always got heart to them. I’m very grateful. He’s signed a load of books for Billy and I’m going to look like a great mum when I say, “Yep, that’s from your uncle David!” [Laughs]

You’re also filming Hansel And Gretel: After Ever After with David, and playing the witch. How long does the make-up take to do?

Two hours! It’s a 4:30am start every day. They make me look so old and wrinkly, it’s quite scary! It’s probably not long until I really do look like that. I’m terrifying my son. I keep trying to FaceTime him and I keep saying to my partner, “Don’t put me on the screen. I’ll give him nightmares.” [Laughs] I made him just show me Billy without putting me on
the camera.

Jack and the beanstalk: After ever after, Wednesday, 27 December, 8pm, sky one