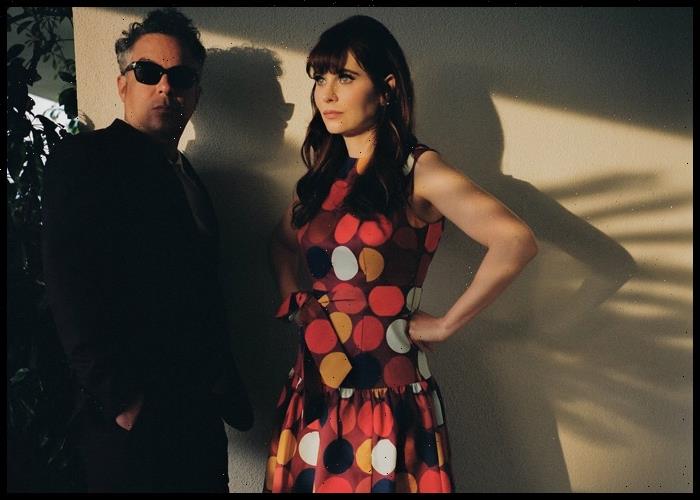 Melt Away: A Tribute to Brian Wilson will be released on July 22 via Fantasy Records.

“Don’t Worry Baby,” which appeared on The Beach Boys‘ 1964 album Shut Down Volume 2, is considered one of Wilson’s defining performances.

Speaking about the single, Zooey Deschanel and Matt Ward said, “‘Don’t Worry Baby’ is one of the greatest songs of all time. As with all the other songs on our tribute record, we had no interest in copycatting the original production – our version began with stripping the song down to just vocals and a drop-tuned acoustic guitar and building from there.”

“The inspiration for our version comes from a lot of different places but the biggest ones would be some of Chet Atkins guitar ideas, some drum ideas from Mick Fleetwood, and some synth inventions by Dave Smith (RIP),” they added.

Commenting on Melt Away, Wilson said, “Zooey and Matt did such mind-blowing versions of our songs. The harmonies are beautiful and right on. I love this record!”

She & Him’s seventh studio album is a loving, LP-length tribute to one of the greatest American songwriters and singers. It consists of fourteen covers from Wilson’s iconic catalog.

Darlin’
Wouldn’t It Be Nice
Til I Die
Deirdre
Melt Away
Good To My Baby
Don’t Talk (Put Your Head On My Shoulder)
Don’t Worry Baby
This Whole World
Kiss Me, Baby
Do It Again ft. Brian Wilson
Heads You Win, Tails I Lose
Please Let Me Wonder
Meant For You