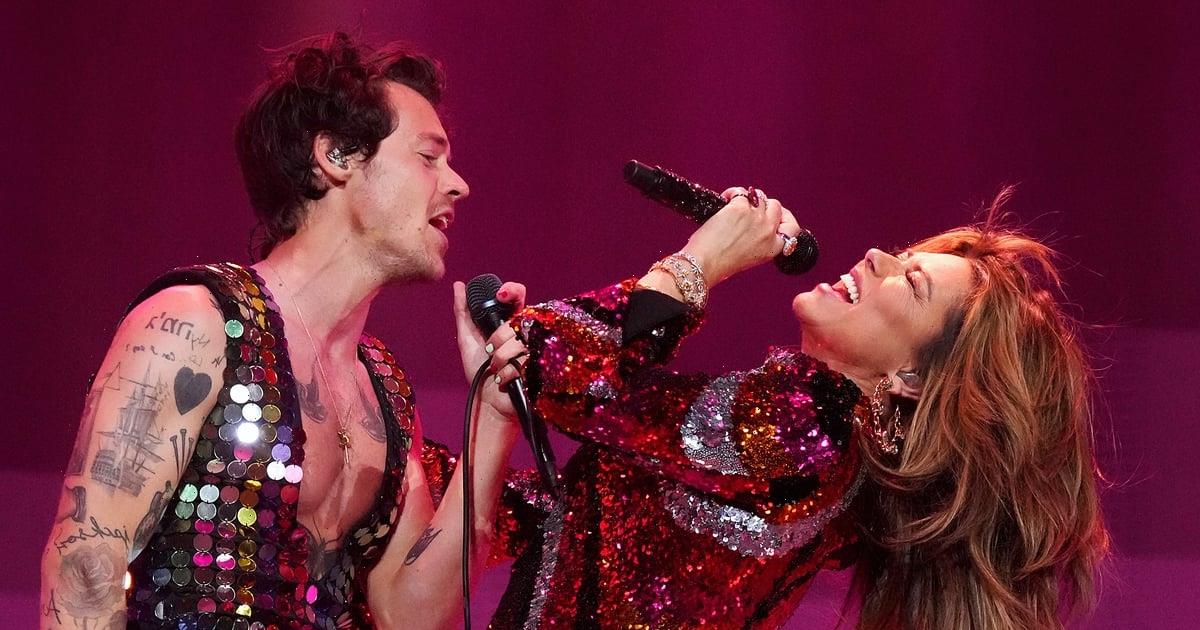 Shania Twain and Harry Styles’s Coachella performance was one of the best things to come out of 2022. While it may have come as a surprise to most of us, it turns out, the two artists actually go way back. During Twain’s stop on “The Late Show With Stephen Colbert” on Wednesday, the singer — who just released her new song “Giddy Up!” — revealed how she and Styles became friends.

“He was playing in New York, actually. This is before he really blew up, and I went backstage to meet him. And he said — you know, we became texting friends at that moment,” Twain explained to host Colbert. “And texted me a few weeks later, ‘Would you call my mum and wish her a happy birthday?’ I’m like, ‘Of course, sure.’ He said, ‘My mum was a big influence on me and she’s why I grew up with your music.'” And Styles and Twain have been friends ever since that call.