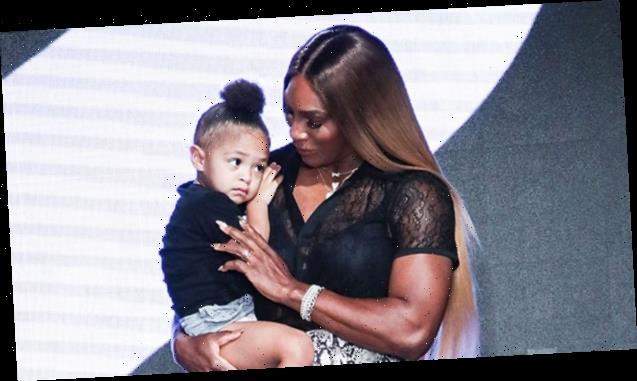 While her mama, Serena Williams, is hitting aces on the courts of the USTA Billie Jean King National Tennis Center in New York City, two-year-old Olympia Ohanian is busy making sure her favorite baby doll, Qai Qai, is eating healthy. In a new snap posted to Instagram on August 24, little Olympia, born Alexis Olympia Ohanian Jr., shoved an animated version of her doll into a bowl of shredded lettuce! The toddler, who looked extra cute with her hair done in a top knot, looked incredibly focused — not unlike her inspiring mom on the tennis court!

that one friend that keeps you accountable to healthy eating @olympiaohanian …?

Qai Qai has famously been Olympia’s prized possession since she was an infant, going anywhere and everywhere with Serena Williams and Alexis Ohanian‘s daughter. Her popularity grew so much that she has her own Instagram account, where the photo was posted. “That one friend that keeps you accountable to healthy eating,” the caption read, tagging Olympia’s own Instagram account and adding floating heart emojis.

While little Olympia was handling her own business at the kitchen table, her 23-time Grand Slam champion mama was taking her game to the next level during the round of 32 at the Western & Southern Open. Serena came face to face with her first opponent of the tournament, Dutch tennis star Arantxa Rus. The match went nearly three hours long with the first and final set going to Serena in a nail-biting tie break. Fortunately, Serena came out on top, as she continues her quest for the record-tying 24th Grand Slam title.

Caption this (MUST SWIPE RIGHT)

But Serena has had her biggest fan cheering her on along the way these past few weeks that tennis has returned to US soil. Serena got incredibly candid in a post-match presser after her first match in Lexington, KY, for the Top Seed Open, where she confessed that she was concerned about Olympia’s chewing habits while she was watching her mama in the stands! But Olympia has definitely come in handy when it comes to Serena’s training, too.

The youngster posed on the tennis court with her mom in a series of images on July 2, where the pair sported matching Nike purple bodysuits. They looked ready to play a match of mother-daughter doubles! That training will surely be put to good use today, as Serena, the number three seed at the Western & Southern Open, faces off against the number 13 seed, Greece tennis player Maria Sakkari. As Serena chases history, we cannot wait to see her daughter enjoy the ride along the way!