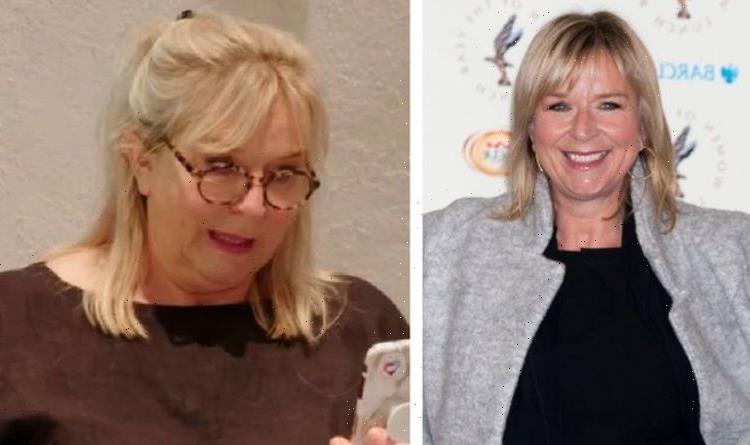 Fern Britton on ‘bouncing back’ from ‘tough couple of years’

Fern Britton, 64, hopped onto her Twitter and paid tribute to one of her former colleagues at ITV. Her ex-floor manager Timothy McNab revealed on the social media platform that today would be the last time he’d be performing his duties on This Morning.

Timothy reflected on his time at the broadcaster as he geared up for his final day in a heartfelt post.

On Thursday morning, he tweeted: “So here I am walking into TVC for the last time.”

“After 30 years at @ITV and 26 years in itv daytime I’m finally flying the nest.

He continued: “Working on @thismorning for the final time.

“Today is going to be a strange and emotional day. It may get messy!!

“Thanks for the good times folks.”

The Watercolour Challenge presenter expressed a few words of her own as she responded to the tweet, shedding light on the great memories she shared with her co-worker during their time together.

She wrote: “Dearest Timothy McNab, you are a legend!”

“My floor manager for 10 years on @Thismorning and a so many laughs.

“Sending you all my love Miss Fern.”

Fern spent 10 years presenting This Morning from 1999 to 2009 before she went on to participate as a contestant on BBC’s Strictly Come Dancing in 2012.

For the ballroom competition show, the mother-of-four was paired with Artem Chigvintsev.

Since then, Fern has released a string of bestselling novels and books, including The Newcomer, The Postcard, Coming Home, The Holiday and Daughters of Cornwall.

The programme initially aired on Channel 4 between 1998 to 2001, spanning four seasons and hosted by Hannah Gordon.

In an interview with Good Housekeeping, Fern explained why she was thrilled by the opportunity to host the show as she’d been a fan since the 1990s during its initial run.

“My only criteria for saying yes to a job is, would I watch that?” she quipped.

“And this was definitely, because I used to watch it when it was on 20 years ago with Hannah Gordon.

“She’s a very, very strong actress and a good comedian as well, so when she took on Watercolour Challenge, of course I watched.”