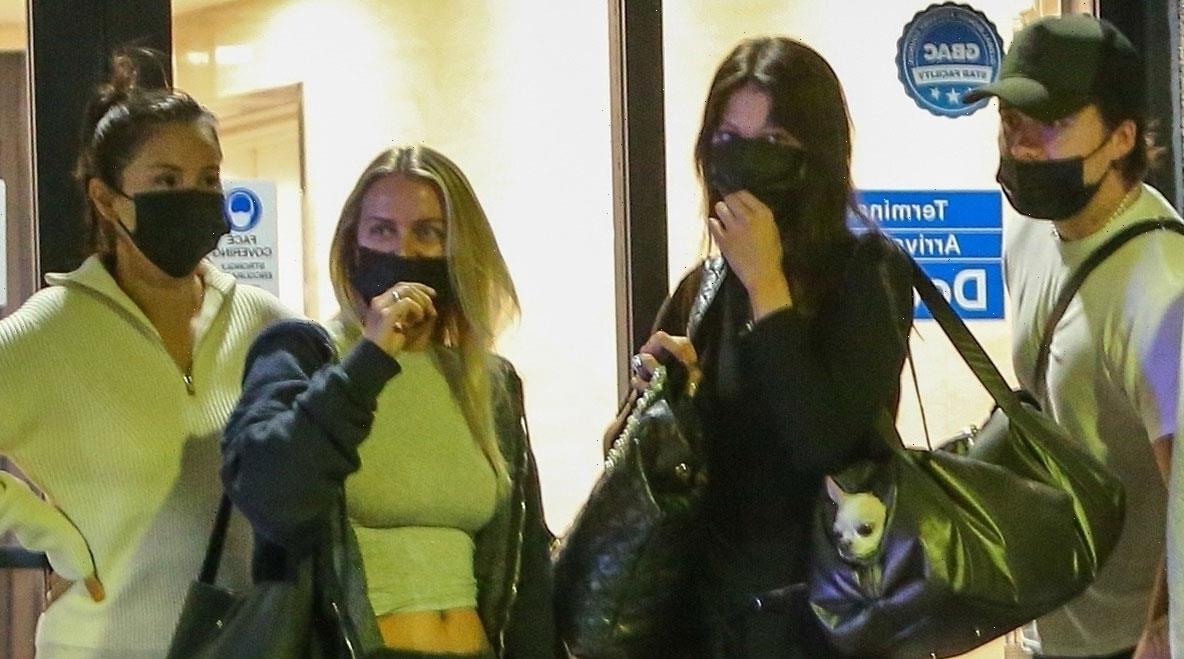 Selena Gomez‘s trip to Florida for the Thanksgiving holiday has come to an end.

The 30-year-old entertainer was joined by pals Brooklyn Beckham and Nicola Peltz while catching a flight out of town on Tuesday (November 29) in Miami, Fla.

Selena‘s longtime BFF Raquelle Stevens was also seen making her way through the airport with the three stars.

For those who don’t know, Nicola‘s family owns a mansion in West Palm Beach and she got married there earlier this year. It seems they all spent the holiday at her family’s home!

Selena took to TikTok over the weekend to share some videos from the holiday and she called Brooklyn her “favorite Brit.” He made fish and chips for them!