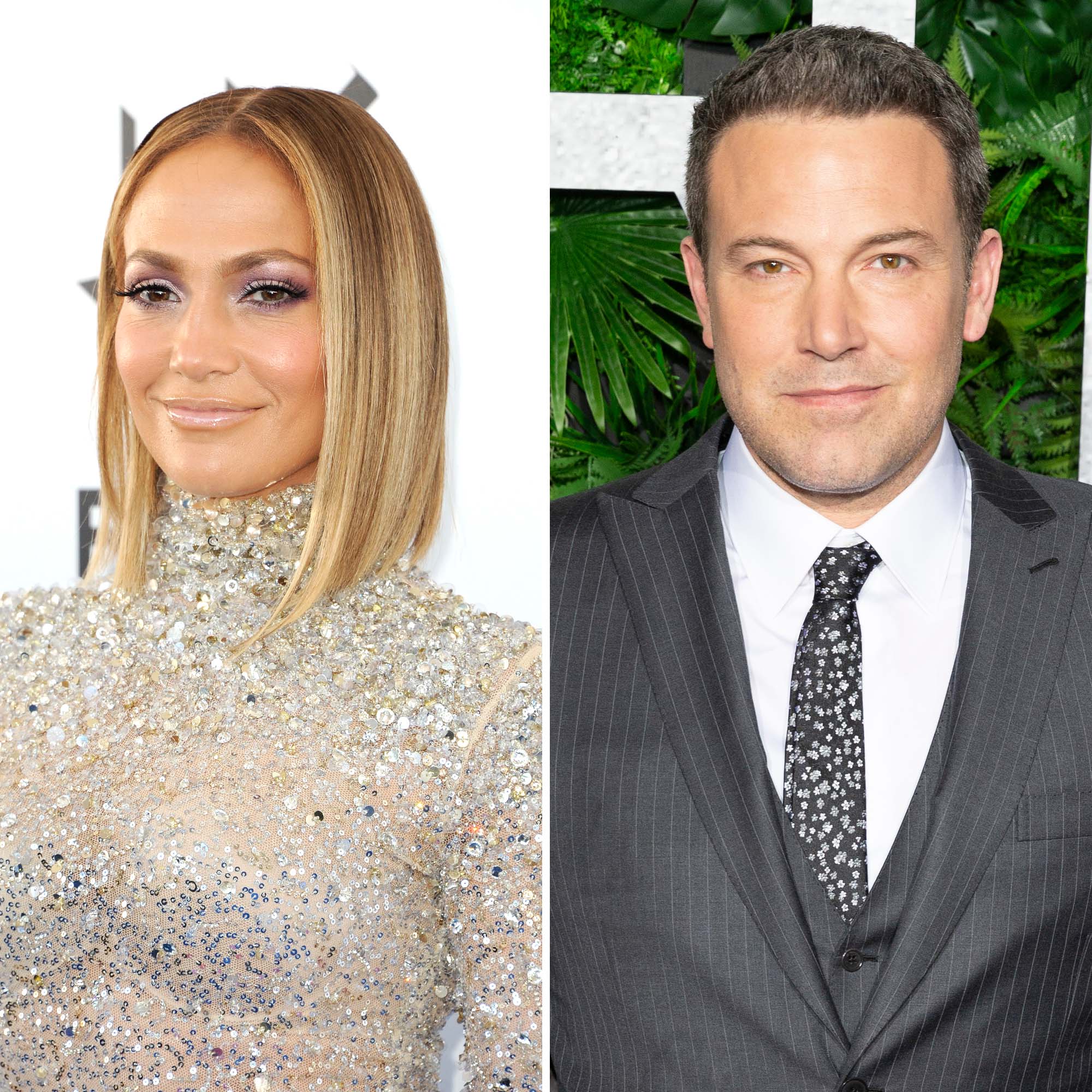 Jennifer Lopez was put on the spot regarding her rekindled romance with Ben Affleck for the first time during an appearance on the Today show — and it created a slightly awkward moment for J. Lo’s friendship with Hoda Kotb.

“I need to have a little girl talk with my girl, just a little. You look happy,” Kotb, 56, said during Lopez’s joint interview with “Love Make the World Go Round” collaborator Lin Manuel Miranda on Tuesday, July 20. “Look, I’ve known you for years. … You look happier.”

After Lopez, 51, replied that she is “always happy when you see me, Hoda,” the news anchor emphasized that the musician looks “happier” now, explaining, “Every time I see a picture of you and Ben, I’m like, ‘She looks happier! She looks happier!’ Are we happier?”

Lopez subsequently dodged the question. “The song is out, five years since we’ve done it,” she responded. “And I believe that that message of loving one another and coming together and love, is never more relevant than it is right now.”

Kotb noted, ”Wait, it’s me you’re talking to, you know that?”

The Wedding Planner actress and Affleck, 48, have been making headlines since April when they were spotted out together following her split from fiancé Alex Rodriguez. The following month, Us Weekly confirmed that they were officially back together 17 years after ending their engagement in 2004.

“Ben and Jen feel so close to each other very quickly,” a source told Us at the time. “The old flame is absolutely rekindled. They picked up where they left off in terms of affection for each other.”

More recently, the twosome were seen packing on the PDA while shopping for real estate in Los Angeles, including a nearly $65 million home in the Holmby Hills neighborhood.

“The past few months have been a real whirlwind,” another source told Us earlier this month. “They’re well aware some cynics still look at it as a big flashy attention grab and roll their eyes at the speed of it all, but it doesn’t faze them one iota. They’re fully committed to taking the next steps and spending the rest of their lives together.”

The second insider added that “there’s not a single doubt” in Lopez and Affleck’s “mind[s] that this is [not] going to work.”

“It feels like they’ve been together again for years, not months,” the source continued. “As far as they’re both concerned, they’re just blessed to have found each other and discovered true love, which most people can only ever dream about.”

Following their initial split, Lopez married Marc Anthony and welcomed twins Emme and Max, now 13. Affleck, for his part, welcomed three kids — Violet, 15, and Seraphina, 12, and Samuel, 9 — with Jennifer Garner. The Argo director and the 13 Going on 30 actress split in 2015 after a decade of marriage.

“J. Lo has Jennifer Garner’s seal of approval,” a third source said in June. “J. Lo thinks Jennifer is a kind and wonderful person and an amazing mother.”