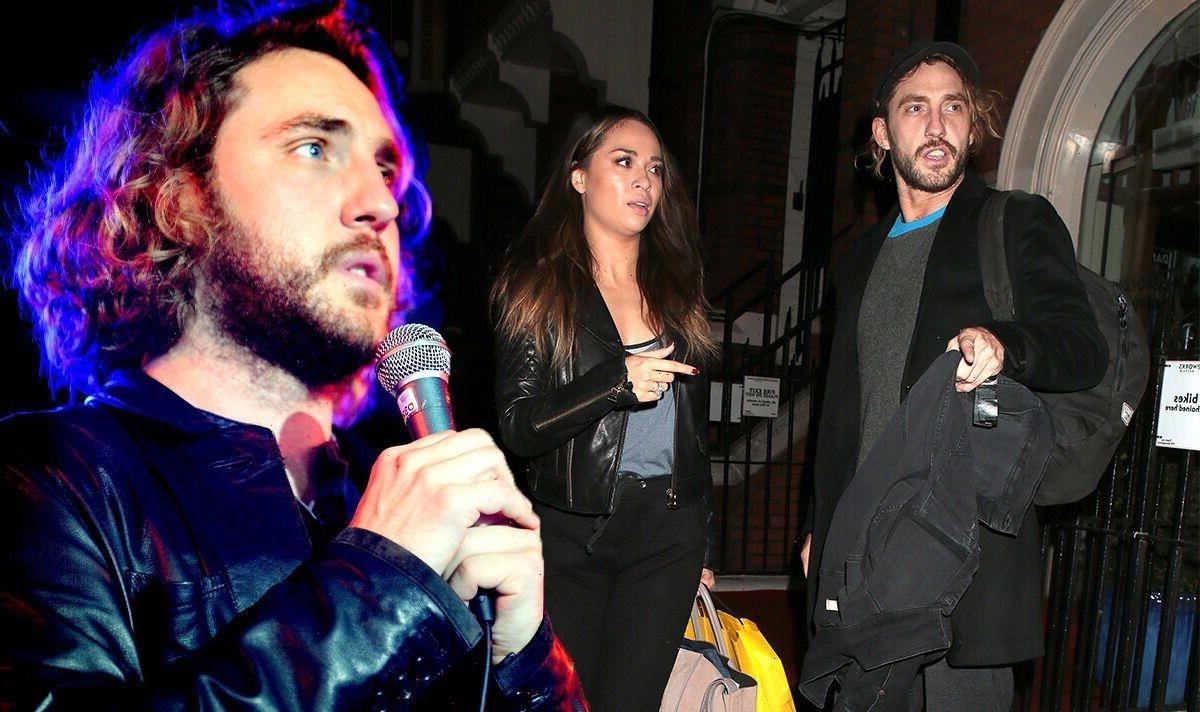 Seann Walsh, 36, has admitted he “regrets” kissing Katya Jones, 33, during his time on Strictly Come Dancing after experiencing “horrific” backlash. The pair were caught kissing on camera in what turned into a huge scandal for the BBC show back in 2018.

Comedian Seann has expressed regret over kissing Katya during his time on Strictly, which caused major backlash a few years ago.

The kiss the pair exchanged was the main source of controversy during series 16 of Strictly, as Katya was married to fellow Strictly pro Neil Jones and Seann had a girlfriend at the time.

Katya and husband Neil went on to split in 2019.

Seann was dating then-girlfriend Rebecca Humphries, who split with the comedian soon after the smooch was caught on camera.

She even released a statement on Twitter, where she pointed out the double standard of being called a ‘psycho’ in the past for questioning his close friendship with Katya.

Speaking on new Amazon Prime Video show Backstage With Katherine Ryan, Seann explained: “What you are thinking about is: ‘What have you done to someone?’

“It’s one thing doing that privately and I don’t judge anyone, because everyone’s got their own backstory, lives or whatever.”

“It was horrific. It was crazy,” he continued.

Seann went on to admit that he can’t watch Strictly to this day, because of the effect it has on him mentally.

“I have such amazing memories of being on that show and then the repercussions of that kiss, it was crazy. I’m just a comic,” he said.

“I can’t go near anything Strictly, I can’t. It just messes my head up.

“One day I hope I can look back at that fondly, that first few weeks, because it was the best time of my life.”

‘Don’t get that in the US!’ Tom Hanks praises BBC on The One Show [UPDATE]

Seann was a popular contestant on Strictly, but the tide immediately turned when the photos of him kissing Katya emerged and the pair were forced to apologise to the nation on morning TV.

The comedian was voted off in week six after falling out of favour with the public and his actress girlfriend Rebecca split from him that same month.

Katya and Neil remained together for a while longer before announcing their split in August 2019, although they never specified the reason for their divorce.

Despite separating, they have remained close friends and regularly feature on each other’s social media platforms.

Seann and Katya appeared on Strictly: It Takes Two soon afterwards, where the pair apologised for their actions.

Katya said at the time: “Yes obviously I apologise, and I can’t apologise enough to everyone it hurt and was involved.

“But, the main thing, me and Neil are absolutely fine and that’s what matters to me the most right now and focusing on my job and doing it as professionally as I can.”

Seann added: “I’m sorry for the hurt that I’ve caused.

“We were getting on well, we were having fun. We had a couple of drinks and made a huge mistake and I regret it deeply.”

Backstage With Katherine Ryan will arrive on Amazon Prime Video on Friday June 9.