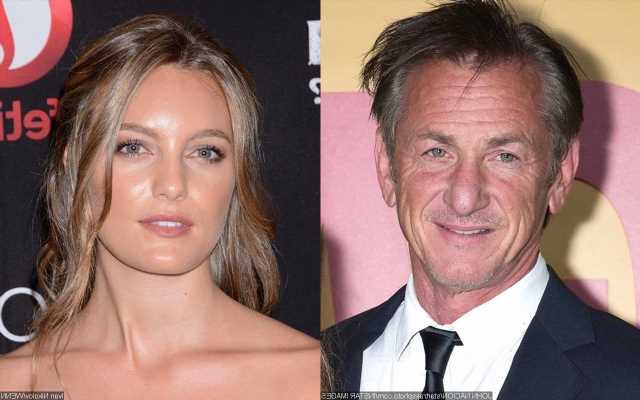 The ‘Licorice Pizza’ actor and the Australian actress were seen having an amicable outing at a beach in Coney Island on Monday, May 16, almost a month after they finalized their divorce.

AceShowbiz –Sean Penn and ex-wife Leila George might be divorced, but there isn’t bad blood between the couple. The “Licorice Pizza” actor and Leila were seen having an amicable outing at a beach in Coney Island on Monday, May 16, almost a month after they finalized their divorce.

In some pictures obtained by Page Six, the former couple seemed to be in good spirits as they played with their dog which they adopted together in 2017. According to the news outlet, Leila joined the 61-year-old actor, who took breaks from filming for his upcoming film, “Black Flies,” at the Brooklyn tourist spot.

For the outing, the Jimmy Markum depicter in “Mystic River” donned a navy tee which he completed with a pair of jeans and white sneakers. As for the Australian actress, she opted to dress down with gray sweats, a light blue hoodie, tank top and sneakers. She also wore black sunglasses with her hair styled in half-up, half-down in a scrunchie.

Sean and Leila, who filed for divorce last October, finalized his divorce in April following their 15-month marriage. According to the court documents obtained by TMZ, the two finalized their divorce on Friday, April 22. The Oscar-winning actor and the daughter of actor Vincent D’Onofrio dated for four years before tying the knot in July 2020.

During an interview with Hollywood Authentic earlier this year, Sean blamed himself for their separation. “I only see [her] on a day-to-day basis now, because I f**ked up the marriage. We were married technically for one year, but for five years, I was a very neglectful guy,” the actor admitted, though he insisted that he wasn’t unfaithful.

He claimed that while he “doesn’t know” what the future will hold for him and Leila, he said he’s worked on what he sees as the problems with himself during their relationship. “Now, when I wash the dishes, I don’t answer my phone,” the “Flag Day” star shared. “If I’m with my wife for a day, I don’t have my phone on, even though I’m juggling a lot of things.”

“I don’t juggle them better by taking more calls. I can have my phone off and not watch the news for 12 hours now,” Sean explained at the time. “And even when I’m stressed, I’m never stressed the way I used to be. Because we’ve all had our hearts broken at some point.”