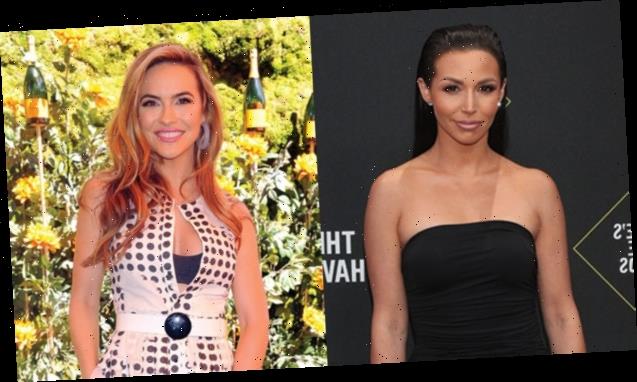 Scheana Shay revealed how her friendship with ‘Selling Sunset’ star Chrishell Stause came to a screeching halt after a few DM exchanges with her now ex, Justin Hartley.

Scheana Shay spilled all the tea about former friend and Selling Sunset star Chrishell Stause, 39, on the Aug. 7 episode of her Scheananigans with Scheana Shay podcast. The 35-year-old Vanderpump Rules star discussed their falling out with Scheana’s podcast co-host Jamie Lynne and their guest, Chrishell’s costar Christine Quinn.

In the new season of the Netflix reality show, the aftermath of Chrishell’s divorce from Justin Hartley, 43, takes quite the emotional toll on the actress. Scheana explained how a few DMs between herself and the This Is Us actor led to the demise of her friendship with Chrishell. Scheana claimed she and Chrishell followed each other on social media and became “pretty good friends” after exchanging a few DMs. After learning Chrishell’s dog had been hit and killed by a car, Scheana says she messaged Justin.

“I didn’t have Justin’s phone number, we weren’t that close but I wanted to send her something and him and I follow each other on Twitter and so I sent him a DM,” she continued. “I said, ‘Hey, what’s y’alls new address, I want to send something for Chrishell.’ And he was just like ,’Oh, my god, that’s so sweet. Thank you so much, really tough time,’ and then he gives me the address and he’s like, ‘Hope to see you soon,’ and I was like, Yeah, for sure.’

Scheana said she also mentioned her new boyfriend, Brock Davies, and thought he would get along well with Justin, so she invited him and Chrishell to an upcoming New Year’s Eve party. “That was the extent of the conversation, that was it,” she said. “She then twists this conversation to Jamie and was like, ‘Oh my god, how embarrassing. Scheana texted — no, it was a Twitter DM — texted Justin, talking about how she and Shay aren’t together anymore.’ I don’t remember what it was exactly, but it was, ‘How embarrassing,’ with like a bunch of monkey with the hands over the face.”

Chrishell and Justin tied the knot in Oct. 2017 and just two years later Justin filed for divorce, citing irreconcilable differences. Chrishell filed for dissolution of the marriage in December 2019. Meanwhile, the Emmy nominated actor is now dating Young & The Restless actress Sofia Pernas and things seem to be heating up between the two. They were photographed packing on the PDA on May 28 in the parking lot of a medical center in Los Angeles. And Justin recently went public with his romance when he took to Instagram on Aug. 10 and shared a photo of himself wearing a blue baseball cap with a red “C” on the front, which also showed up in one of Sofia’s IG stories from the same morning.