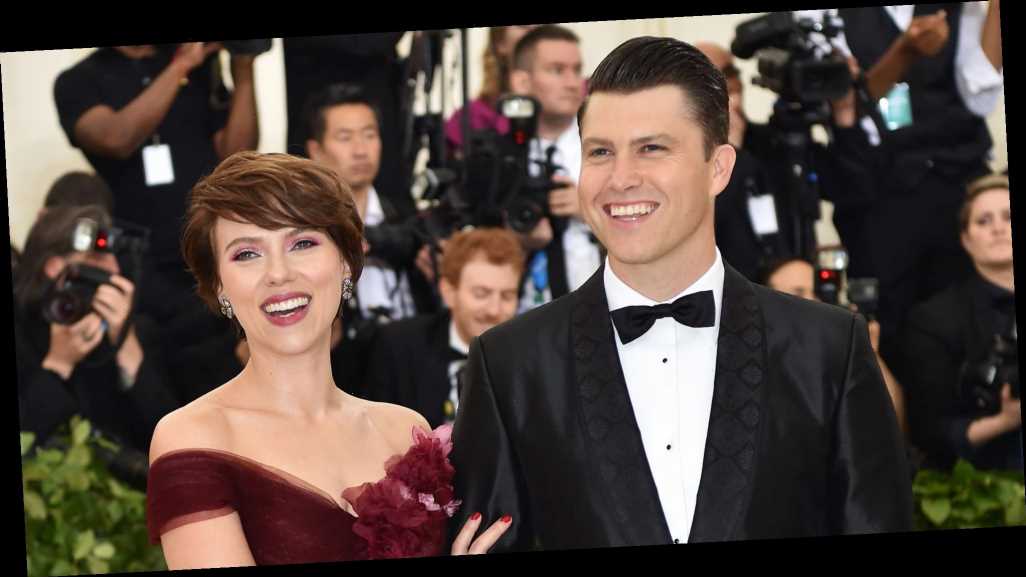 A happy ending for ScarJost! Scarlett Johansson and Colin Jost’s love story is one for the books.

The Golden Globe nominee and the Saturday Night Live star were first spotted together in May 2017 at an afterparty celebrating the NBC variety show’s season 42 finale. They continued to be hot and heavy through the summer, often spending weekends and holidays together on the East End of Long Island.

That December, the couple made their first public appearance together at the American Museum of Natural History Gala in New York City. They also debuted their relationship on TV that month when they held hands while ice-skating at Rockefeller Center on a holiday-themed episode of SNL.

Jost supported Johansson at the Los Angeles premiere of her movie Avengers: Infinity War in April 2018, marking their first official red carpet appearance as a pair. The next month, he called Johansson his “girlfriend” during a “Weekend Update” segment on SNL.

The low-key couple continued to hit red carpets together through the end of 2018, attending the Met Gala in May and the Emmys in September. By February 2019, Us Weekly broke the news that the duo had moved in together.

“Colin is still head over heels for Scarlett,” a source told Us at the time. “He thinks she is incredible, kind, beautiful. He is beyond doting to her and loves showing her off when they’re out. Scarlett loves Colin too, and they are in it for the long haul. … Colin gets a starry-eyed look in his eyes when he talks about her.”

Johansson and Jost revealed their engagement in May 2019 after two years of dating. By October 2020, it was announced that the twosome had quietly tied the knot amid the coronavirus pandemic while surrounded by immediate family and loved ones.

This is Jost’s first marriage. Meanwhile, Johansson was previously married to Ryan Reynolds from 2008 to 2011 and Romain Dauriac from 2014 to 2017. She and the French journalist share daughter Rose.

Scroll down to see a timeline of ScarJost’s relationship!