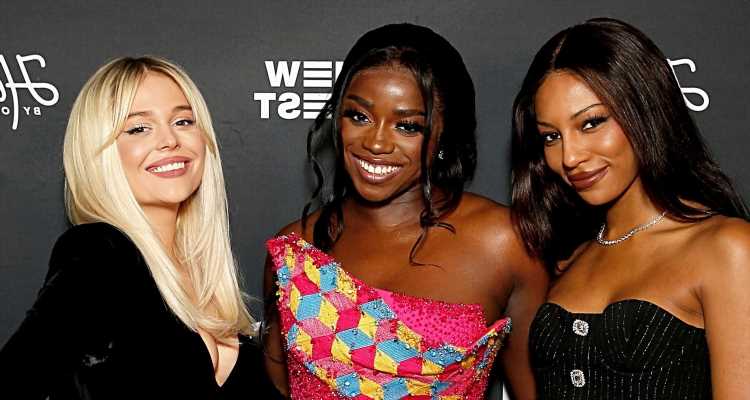 The stars of the show were joined by their co-stars Evan Mock, Eli Brown and Lyne Renee, as well as showrunner Joshua Safran and costume designer Eric Daman, at the event which took place just hours before the first two episodes drop on HBO Max.

Half the cast was missing from the event, including Whitney Peak, Jordan Alexander, Thomas Doherty, Tavi Gevinson and Zion Moreno.

Season two picks up right where season one left off and heads into the second semester of their junior year.

Gossip Girl is leaving no stone unturned in her effort to control the scandalous lives/spin the scandalous lies of Manhattan’s elite. She’s learned a thing or two from her first go-round — namely what her audience wants, they shall get.

Old enemies, new allies, constantly shifting sands — this semester, there can only be one queen, and by the end of the school year, everyone will know where the bodies are buried, and just who was holding the shovel.

Check out the trailer here!