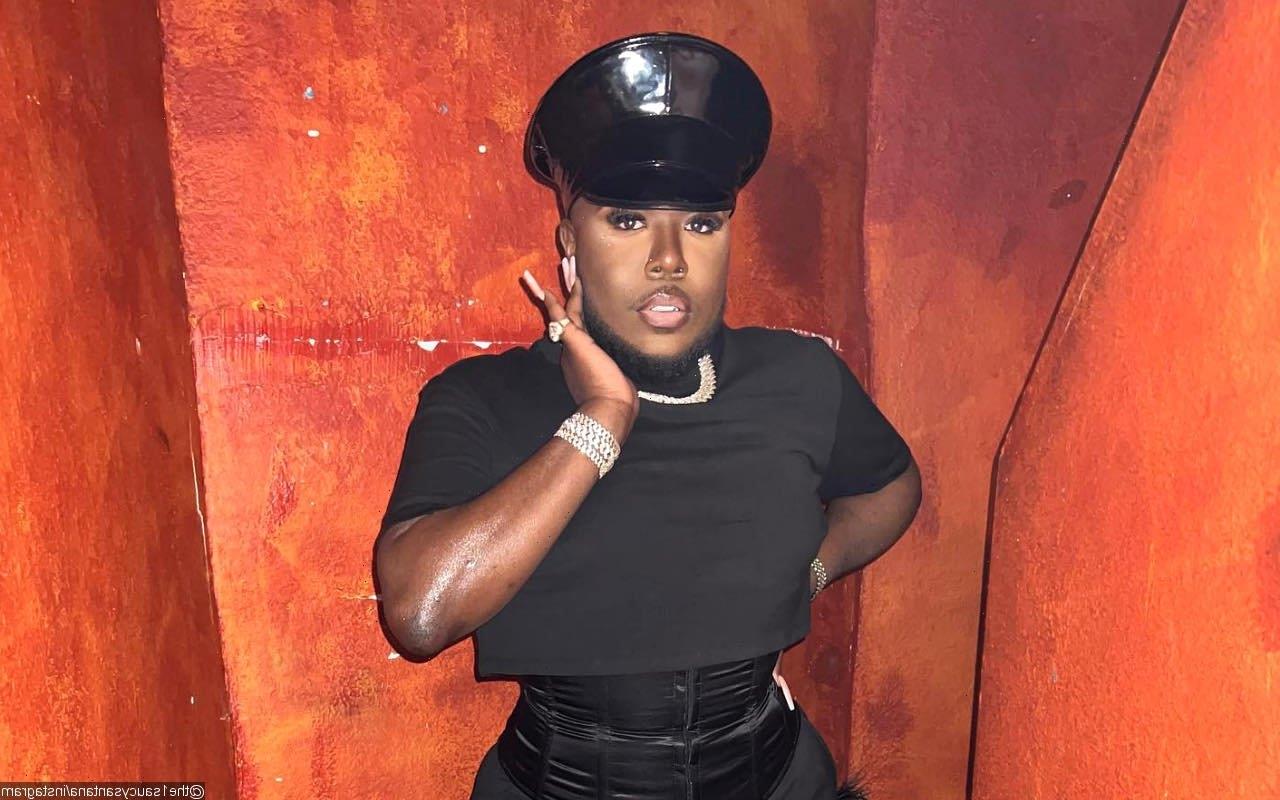 When appearing the ‘Don’t Call Me White Girl’ podcast, the 28-year-old ‘Material Girl’ rapper divulges that he ‘came out as bisexual at first’ before coming out as gay.

AceShowbiz –Saucy Santana has opened up about his love life. Revealing that he once dated women, the “Love & Hip Hop: Miami” cast member claimed he even sends his ex-girlfriends money for their children sometimes.

Born Justin Harris, the 28-year-old openly-gay emcee shared his story while making an appearance on the “Don’t Call Me White Girl” podcast. “I had came out as bisexual at first, just thinking, if I come out bisexual, b***hes will get the clue,” he first explained.

“And that’s why I tell people to this day, be yourself [because] b***hes gonna f**k with you regardless,” the rapper, who began his career as a makeup artist for the hip-hop duo City Girls, further elaborated. “I told everybody I was bisexual and girls still wanted to be my girlfriend.”

“I still to this day send some high school girls cash apps for their kids,” Santana went on noting. “I still f**k with them or whatever. Not like that. It was love. You were really my girlfriend, but I wasn’t really [expletive] no [expletive].”

When asked whether he was actually bi-sexual or faking it the entire time, Santana responded, “I f**ked with this one girl… Nobody knew it.” He then shared, “She had some good p***y though.”

Santana made the confession after his alleged sex tape leaked. However, the “Material Girl” spitter denied that it was him in the clip by showing off his tattoo during an Instagram Live. “So on my right side, right here, real big and ghetto. That’s a dollar sign, and it’s a cheetah print – that’s how old it was. I was a young ghetto girl at 18,” he explained.

“I have a tattoo on my right side, right here,” the Florida native added. “Any n***a that’s ever been in bed with me knows that, and of my friends that’s ever seen me in panties or naked knows that.”