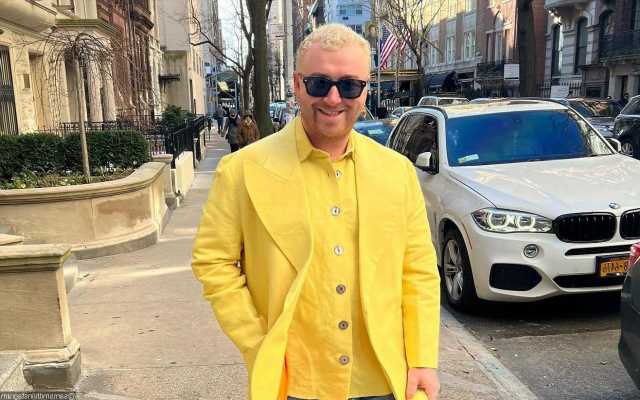 Despite saying that they love seeing the audience got drunk, the ‘Stay With Me’ hitmaker confesses in a new interview that they’re unable to drink before their show.

AceShowbiz –Sam Smith “loves” it when their audience got drunk. The 30-year-old pop star is unable to drink before a show but thinks it is “fabulous” to look out during a concert and to find that the crowd is intoxicated.

Sam said, “I love it when the crowd are drunk, it is fabulous, I can’t drink though before I sing. I have never really done that. But I am down for people to get drunk and wine drunk is a fabulous drunk and I am ready!”

Meanwhile, the “Stay with Me” hitmaker was asked about the recent 200 Greatest Singers of All Time list published by Rolling Stone magazine – which was topped by late soul legend Aretha Franklin but controversially missed out “My Heart Will Go On” hitmaker Celine Dion – and noted that other music icons such as “Over the Rainbow” songstress Judy Garland and jazz singer Sarah Vaughan were also overlooked, but dismissed the ranking as unimportant because they all have “such an incredible fanbase” to begin with.

Sam told the Daily Star newspaper’s Wired column, “Also Judy Garland wasn’t on it and Sarah Vaughan, who is my favorite singer of all time. But do you know what, it is just a list, that would be my reply, it is just a list. And I think Celine Dion, and all these artists and singers, they have such an incredible fanbase and that is what matters, the fans, the music and that direct relationship. I try not to read critics, and pieces written by non-singers, I don’t read that anymore.”