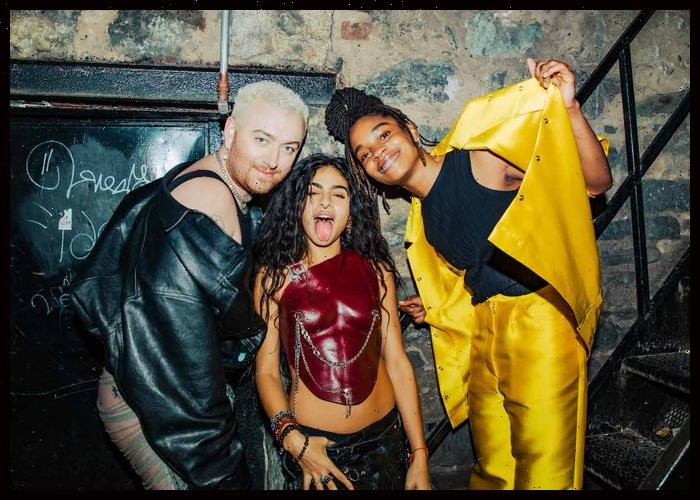 “Gimme” is a single from the singer’s highly anticipated new album Gloria, due out on January 27 via Capitol Records.

“Your eyes on my dun, dun-dun-dun/ I need you to come … closer,” sings Smith. “Voyeurs are watching us/ Giving me such a rush,” they sing alongside Reyez in the final chorus. “When I’m crazy and drunk on love/ Gimme what I want.”

Smith described “Gimme” as “filth” in a press release. “Me and Jessie were basically drunk, drinking whisky in Jamaica, two in the morning, running around, like two girlfriends having a laugh, it’s a very sensual song,” they said.

Smith previously released “Unholy” from the forthcoming album. The song earned Smith their eighth No. 1 hit on the Billboard charts and has logged over 1 billion streams worldwide.